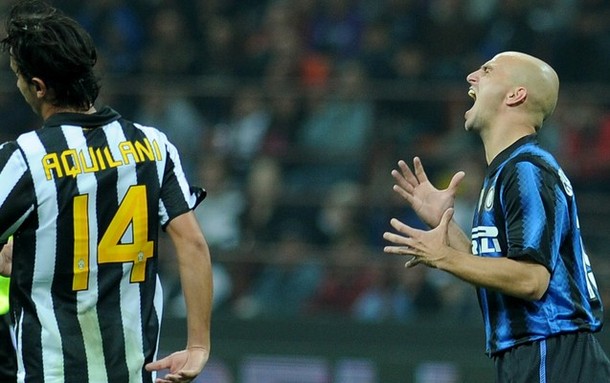 This is exactly how I felt for good parts of the game. Exactly.

I get it, it could have been worse - we could have lost. I know I should look at this as a point earned, but I cant help seeing the two lost. Sure, Inter passes the ball around more and the team is trying to keep possession more, but I am missing the intensity, the drive of last season. I dont know if it is post Mou hang over, post tripletta fullness, or what, I just know that if the boys dont find that little extra oomph we had last season, we are going to be in serious trouble. 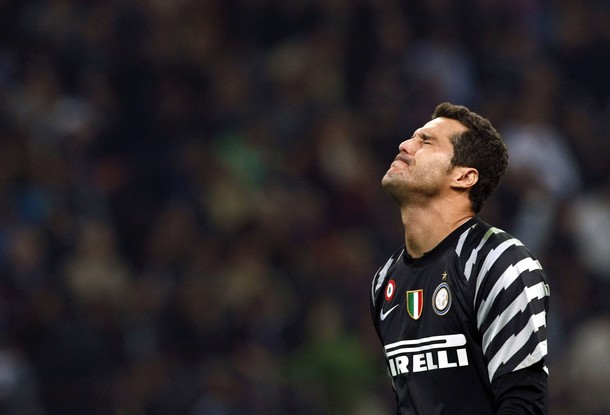 The ball just will not go in. SO FRUSTRATING.

I will say, the squad wanted this. You could see it in their eyes. They just could not find whatever it was they needed to make it happen. Certainly, losing Biabiany when we did was not helpful - we looked much more attacking before he went off - but there is no denying that there is just something missing. Right now, that something missing looks a bit like Diego Milito. And Coutinho... He tried but was just out-muscled by Juventus. Plus, I dont think he does so well on the right. 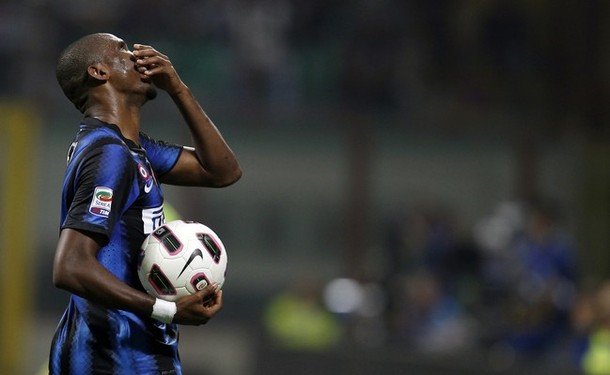 Not even Eto'o could save us today.

On the up side, they were just as frustrated as we were and Inter is still unbeaten at home. Yipee. Julio Cesar had some great saves (thank you thank you thank you). Lucio and Stankovic were both heroic, even if Deki did tire towards the end. Eto'o had moments of brilliance - it wasn't all bad. And now everyone gets a couple weeks off to heal up.

Oh, and check this: I just made my reservations for Europe. Yep, going to France and Italy this spring and I will be in Milan in time for Inter -Lecce (not so great) and Milan - Inter (super great). Now I just have to figure out how to get tickets without spending a gazillion euro.