Chievo v Inter: And Then There Were None

Share All sharing options for: Chievo v Inter: And Then There Were None 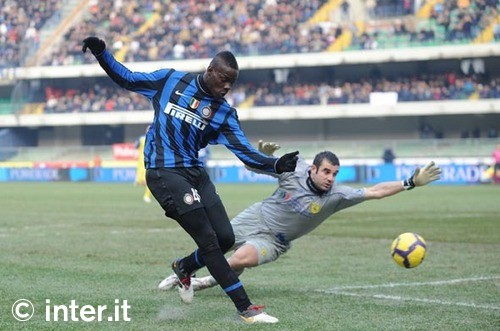 Uninjured players, that is.

Ok, I tried being optimistic and cheery... It didn't work. I even tried being the harbinger of doom... that didn't work either. I think the only plausible response to the season Inter is having is to turn the whole mess into a drinking game. When Milito/Sneijder/player-of-your-choice misses a shot he would have buried last season? Everyone take a drink. When Benitez makes a crazy substitution? Everyone take a drink. When yet another player comes up injured? Everyone chug! By the end of the game, you just wont care what the result was. Hell, you may not even remember the game.

What: Chievo v Inter
Where: Fair Verona, Stadio Marc'Antonio Bentegodi
When: Sunday, Nov. 21, 3pm local time (6am pacific, 9am eastern)
How to Watch: Live on Fox Soccer Channel, ESPN3, and FOX Deportes, or find a stream: MyP2P, Rojadirecta, Ustream, and ATDHE.net
Liveblog: Kirby is the King, I know it is early, but be here 15 minutes before kickoff. Misery loves company so come and commiserate. 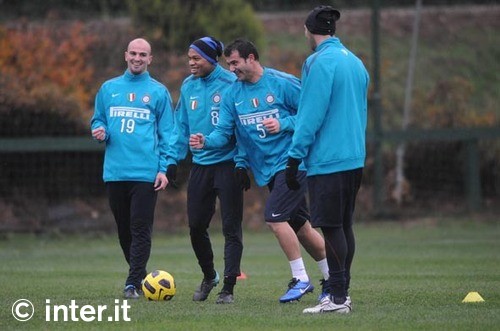 At least someone is still smiling. Good for them.

Alright, I have decided not to do a history section. It is just too depressing. I think by now we all realise that this season's Inter is a mere shadow of the Inter from the last five years. Why rub it in? Basically, we are to the point where you either have to laugh or cry and I guess I prefer to laugh. Like I did when I saw Rafa's callup list (really, I laughed out loud):

For those of you who are counting, there are four youth players on that list (Alibec, Gallinetta, Benedetti, and Natalino). Oh, and Nelson freaking Rivas. That call up is basically my personal nightmare. But hey ho, that just means we can add a few more rules to the drinking game. Every time Rivas gives the ball away in front of our own goal? Take a drink. Every time Materazzi gives up a penalty? Everyone chug! Silver lining people, silver lining.

Of course, that would mean Santon actually gets a start. Given hist track record, I think it is just as likely that Benitez will start Cordoba as right back (everyone, take a drink). The rest of the lineup seems the best of a bad situation. Really, who can say anymore.

Rafa's presser today wasn't really much help. Basically, the journalists just asked about all the accidents and injuries and if Benitez had any plans to prevent more. Benitez spent the whole time back peddling and talking about how if Milito had made that goal or if so and so had done such and such... Basically, a whole lot of woulda shoulda coulda and mighta beens. He said that he had spoken to the team doctors and everyone is going forward with individual plans. Oh, and if Inter beat Chievo and Twente then no one will talking crisis any more. I dont know if I agree, but a win on Sunday will at least be a step in the right direction.

So here's to a step in the right direction (everyone, take a drink).

How about a little Pazza Inter, old school