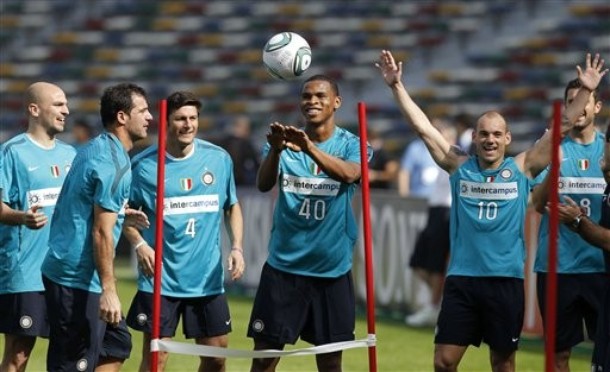 Hey there Inter fans, here is the deal: I am done with the hair tearing and hand wringing. I am done with the gloom and doom and fretting and the moaning. I have decided that I am going to approach this tournament with hope and joy and love and twinkle and sparkle. And why not. This is a whole new tournament with a fresh start; our injury crisis appears just about over (throwing salt, lighting candles), and the players seem genuinely excited to be playing again. Really, guys, we can win this thing, starting with Seongnam Ilhawa.

There really isn't much of any history to talk about here. Inter has never played Seongnam or any other Korean team (as far as I know). Hell, even Rafa hasn't won one of these things - his Liverpool went out to São Paulo. Still, Inter does have some, I admit, distant chops: they were the first Italian team to win the Intercontinental Cup (in 1964), the predecessor to the modern tournament. It isn't much, but it is something.

Caveat: I know nothing about this team. I had never even heard of them before this competition.

Seongnam Ilhwa Chunma is based in the South Korean city of Seongnam, just south of Seoul (see the lovely map above). According to Wikipedia, they are the powerhouse of the K-League, South Korea's only professional football league. They have won the K-League a staggering seven times (runners up a further three) in the short 21 years they have existed. Although last year was one of those runners up years (FC Seoul took the title), Seongnam won the Asian Football Confederation (AFC) Champions League, allowing them to play in the World Club Cup.

As near as I can tell, right now they are 5th in their league, with 14 wins, 9 draws, and 7 losses. They have some powerhouse players as well, including defender Sasa Ognenovski, the team captain and AFC Player of the Year. So ya, we defenitely dont want to underestimate this team (or we may find ourselves in that other Inter's boat). Oh, and plus, they have a cool Pegasus on their crest. Cool. 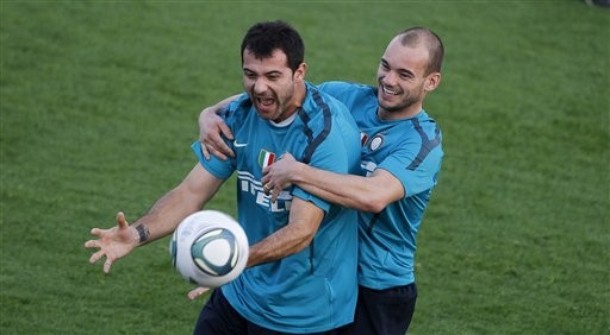 We are so back, baby. Well, that is, just about all our injured players are back. They have yet to prove they are "back" on the pitch, but after seeing that lineup against Werder Bremen, I just dont see how they can be any worse. Basically, all our fav's our back: Maicon, Milito, Chivu... maybe even Julio Cesar (please please please). And now the problem is with choice: Stankovic or Thiago Motta; Chivu or Cordoba? What a difference a few weeks makes. 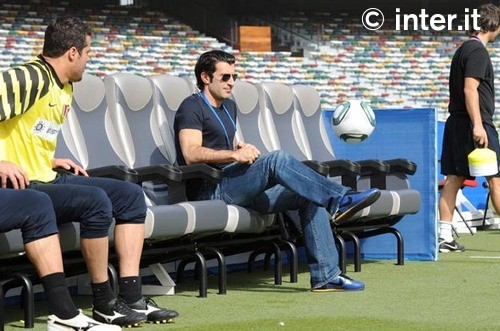 Benitez was coy about lineups today, only saying that there would be 11 in the lineup and that it will be "the best team for that game." La Gazzetta thinks the line-up may look a bit like this:

I, though, am not too sure. Personally, I think Thiago Motta would be a better option than Pandev... But that is just me.

Benitez went on to say: "I'm relaxed, happy and am confident. I watched Milito score in training and I thought to myself: we are strong."

He forgot to add: "like bear." That is, "we are strong like bear." but even without that last bit (which would really complete the sentiment), it sounds confident.

And I have to say, this has me feeling pretty good about these games. The boys really want to win this and, frankly, so do I. Unfortunately, we wont be treated to an Inter v Inter final (so disappointing), but I think I could find my way towards getting excited for an Inter v Mazembe final. 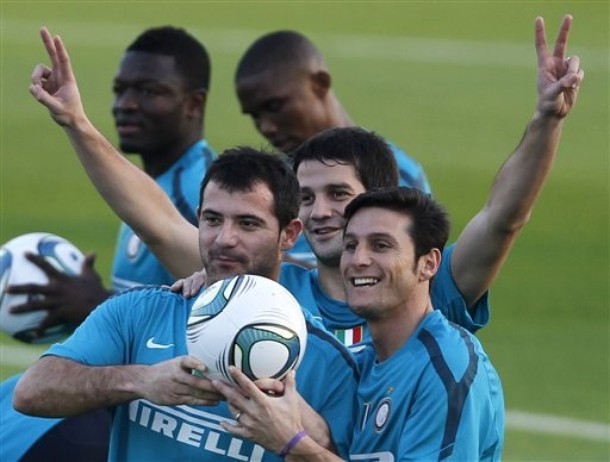 Quick, someone take their picture so they can get back to training!

On another note, please excuse my lack of posts and general non being aroundedness. This time of year is insanely busy for me, both at work and at home. I promise, once the dinners have all been cooked, the presents distributed, the tree taken down, and these work projects are finally done and dusted, I will be back here with a vengeance. Basically, just give me until January. I promise, I will be back (whether you like it or not!).

Really, we can win this. I know we can. Deep down, you do too. Hell, even Figo knows. And Figo would never be wrong. Never.

An oldy but a goody