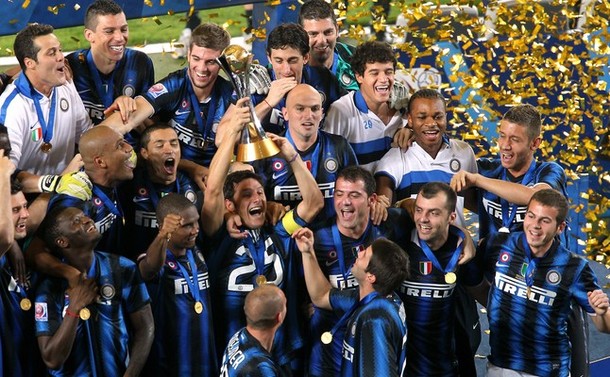 Five trophies in the calendar year is a fantastic accomplishment and one that I will remember forever. However, it doesn’t change the fact that this win is a bandage over the mess that continues at the halfway point this season.

Inter looked good but, all due respect to TPM, they were not very good compared to the European standard that we see almost every week. My point here is that we should have done better than we did this game. Then again, I could use that statement for almost every game this season.

Inter Player of the Game? I cringe that you need to ask. 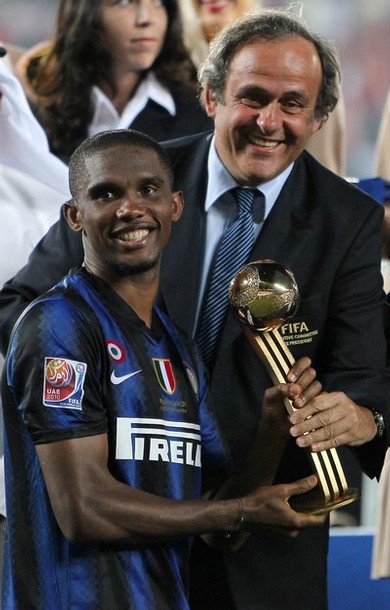 Cesar: Saved at least one clear chance that we never should have allowed to happen in the first place. He was integral to the clean sheet. 7.0

Maicon: Maicon looked a little slow and he definitely wound down towards the end of the game. Neither of which I have decided to hold against him since this is his first game back. 5.5

Lucio: Another very adequate game from Lucio. He made his fuck up for the night at around 60 minutes but he was solid besides. 6.0

Cordoba: He’s the best option we have right now at centerback and he was okay. He helped cover what could have been a clear shot from the TMP forward meters in front of the goal mouth. 6.0

Chivu: Chivu is back at left fullback and I am back to thinking meh. Like Maicon I will not hold his lack of fitness against him. 5.5

Motta: I really liked what Motta did today, although there are those around the internets that don’t. I thought he did a god job as the attacking element of the midfield. 6.5

Cambiasso: I thought the Cuchu did a real good job, but again, against this competition I really expected him to do well. 6.5

Pandev: Passing, holding the ball up and shooting; Pandev did well today. I give this guy grief when he’s crap; I give him credit when he’s good. 7.0

Eto’o: There was no more influential player on the field today. He had a hand in 2 goals and gave TMP fits all day long… from the wing. 8.0

Milito: I can live with this game from Milito. He’s not going to score every day and sometimes he’s going to miss a sitter like he did yesterday. But he moved well, he passed the ball well and he came back a bit. Good effort. 6.5

Highlights of the game that I did not get to do a review of, yesterday’s game and the celebration all in one place to bookend the tournament.

I plan on doing a half year report on various things later on in the week and next leading up to our first game of 2011. In it, I will give my opinion about the Benitez, Branca and Moratti love triangle along with other aspects of the season.

But this is about this game. And I don’t know really where to start so I guess I will start at the beginning.

We won this game before the game started. This is why we are having the devil’s own time this season in Serie A. Before the game started we decided that we wanted to win it and we did what we had to win. It sounds silly, but I think that it’s an element that we are missing from this season… we have to make the conscience choice that we are going to do as well as we can.

This season, I don’t see that choice. The front office is culpable for some of our problems right now, but motivation and ego stroking isn’t in their purview.

Anyway, the choice was made: We want this trophy. Starting from that point, the team did everything to make that happen. That includes Pandev deciding that he was going to be an integral part of the attack today. And no, I don’t think that Pandev was better because of Milito’s return and Motta hanging back more as an attacking-ish midfielder. I think that he decided that in this game he was going to move and create more. I think that he’s got more games like this if he wants them.

Benitez put on the best team I thought he could, whether or not Deki likes it. Deki, I think is going to have to live with the new position of coming off the bench. For the record, I thought that he didn’t do at all well until he sent Biabiany clear for the goal, which was a nice move, but I thought he got eaten up in the midfield by bigger and faster players.

For their part, I thought that both Pandev and Eto’o made better chances and looks for themselves by moving more towards the middle and letting the fullbacks take the space deep along the sideline. 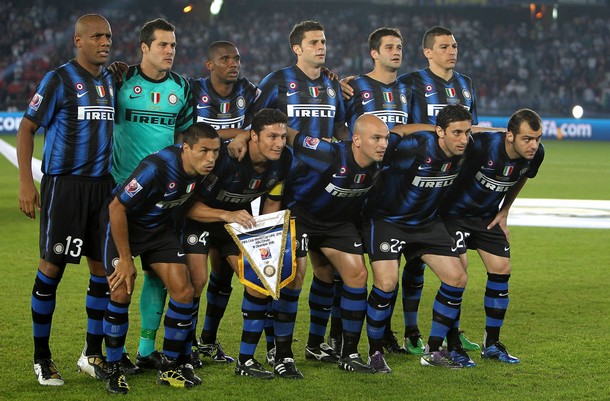