Share All sharing options for: Leonardo: A Short Bio 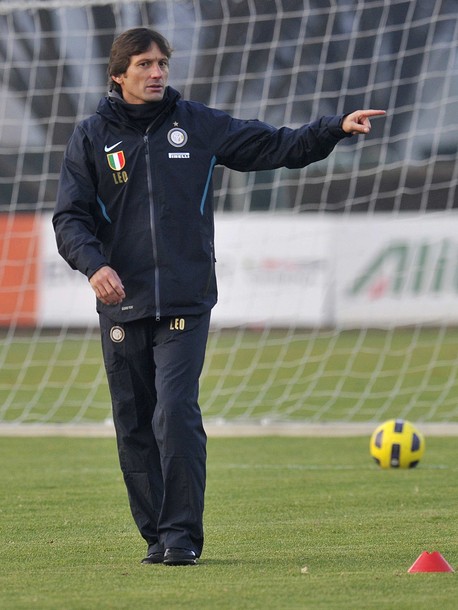 The temptation to use a picture of a ninja turtle was very hard to resist...

So, if like me you were wondering about the background of the new coach of our favorite team I have written down all the stuff that I looked up for your viewing pleasure. 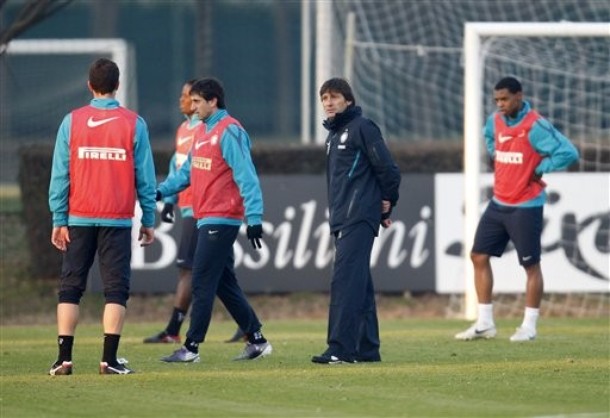 My personal history with Leonardo is watching him play with Brazil and Milan about a decade-ish ago, but I didn't know the ins and outs of his career. I hope this summary helps. Info was gathered from a number of sources including Wikipedia so if there is anything incorrect or way off let me know and I will correct it or add to it.

Notes: Something of a nomad, even for a footballer, Leonardo played his way to several countries around the world. He played mostly as a left fullback until he went to Japan in which and ever after he played as a midfielder – sometimes on the left sometimes behind the attack.

Leonardo’s international career is a little strange. The 1994 WC (the first World Cup in the United States), where Brazil would beat Italy on penalties in the final, was Leonardo’s first chance at regular playing time wearing a Brazil shirt (as a left fullback). However, a nasty elbow to the chops of American Tab Ramos (after which Ramos had to spend several months or weeks in the hospital depending on the source you believe with a skull fracture) ended his WC prematurely in the round of 16.

Here’s a fun fact for you: That 4 game suspension was the second longest ever handed out during a WC. What was the longest ever suspension in WC history? That would be Mauro Tassotti’s attempt at out-patient Rhinoplasty on Spain’s Louis Enrique which went for 8 games in the same tournament.

Leonardo’s 1998 WC went a little better both for him and Tab Ramos. Leonardo got the runner’s up medal as a midfielder. Ramos’s US team would lose every game in the tournament but he was able to leave France without extreme trauma to his brain bucket.

Leonardo would play for Brazil in 2002 but he would not make the squad that participated in the WC. When all was said and done he had 60 caps and 8 goals for Brazil.

Post football career he would pop up as a pundit in England and as a combination scout/agent for Milan in Brazil. As the new coach of Inter he is rumored to be bringing Kaka back to Italy because that is precisely what he is most famous for doing while an agent for Milan: bringing Kaka to Italy. As the manager of Milan in 2009-2010 he is reasonably well known for getting Milan to finish in the top 3 when their talent level wasn’t perhaps at its highest ever point and for not being able to abide Silvio Berlusconi. 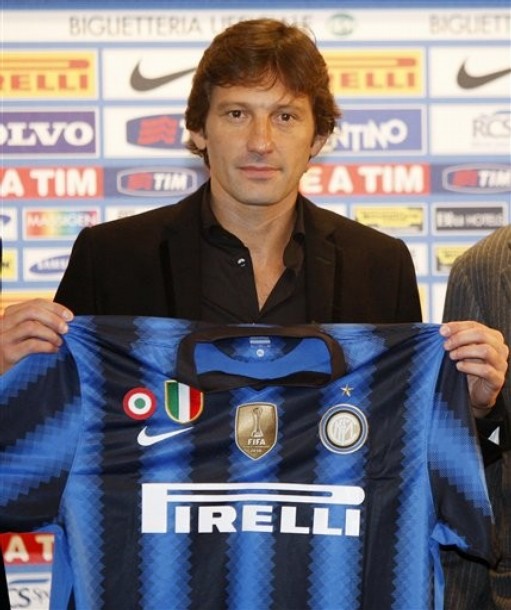 How will Leonardo perform as the coach at Inter? I have no idea, but I got a lot more confident after his press conference (the link is thanks to Johonna from the comments of the last post) earlier today when he said this:

“Inter are a ready-made team; there's no need to start over. This side has won everything, but in its own way. It has its own identity and the players know what to do, when to play and how to play. My job is to create the right conditions for them to be able to do that well and I have to understand what those conditions are. I don't believe players ease off after winning things. Success brings tranquillity and serenity - a kind of tranquillity and serenity that you only find in those who have won things. We don't have to invent anything here, just get back to doing the great things that Inter has already shown it can do over the last few years."

Leonardo then spoke about his relationship with José Mourinho. "He has been great to me. I called him because I don't think you could come to Inter without going through him. José is everywhere and it doesn't surprise me, for that's the way it should be. We exchanged ideas on lots of things and I now share his opinions on lots of things because he's an intelligent person, because he knows everything about this place, because he's still here in spirit - he left everything here. I'm very happy about what he told me. I rate Mourinho as a true world-beater. Behind his brilliant press conferences, his jokes and his remarks, there's an immense amount of work. An absolutely immense amount of work. He dedicates his life to football and his work is still here, at Inter."

“At the moment AC Milan are one of the favourites for the title, but that doesn't mean they will necessarily win it. We have two games in hand and we have to create the right atmosphere because on those two occasions we're the only ones playing. We must focus on ourselves, on what we have to do and on what we want to do. Of course we have lots of ground to make up, but there's still a long way to go and it's important we get off to a good start. I've noticed that all the players here, and not only the players, are hugely motivated. I've tried to get to know people, to experience daily life at the club, the atmosphere. I've had a good look around this training facility, because it's here that results on the pitch are born. I want to thank everyone for the way I've been welcomed. Everything's been very positive." 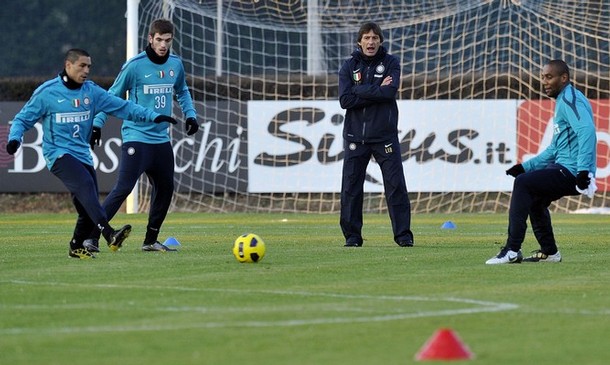