Share All sharing options for: Inter 0 - FIGC 0 A Wasted Opportunity 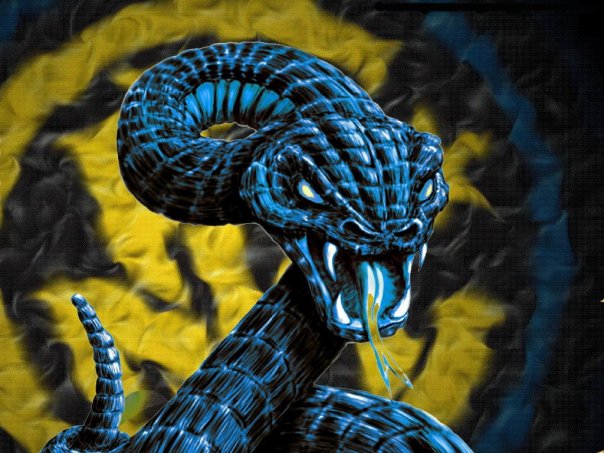 Going into Matchday 27 things looked like they were lining up pretty good for us. Roma and Milan drew and we had the opportunity to "surge" ahead by 6 points instead of remain 4 points ahead.

That isn’t the way that things worked out. After a lackluster offensive performance we weren’t able to secure more than a draw ourselves. We can look at this two ways:

1. We drew with a team that is in the left column which means that the total points we took off of Genoa – a team that is 7 points off 4th and fighting for a Europe - this season is 4 points.

2. We drew at home to the 9th place team with a team that had no business drawing to a team that is piss poor on the road.

There were some mitigating circumstances. We were told that the team was tired, which I can see considering the travel added to the midweek games. Mario was sick with a flu and fever. We had several injuries. We were still missing our midfield leader due to an imagined "fight" that even players from Sampdoria testified never happened. We were also still missing our manager due to the weird FIGC policy that views crossed wrists more inflammatory then making the "F U" sign.

Add them all up and we probably still should have won the game. 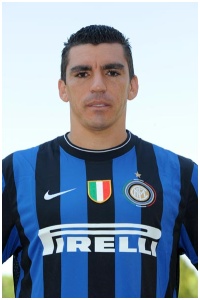 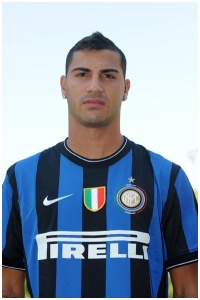 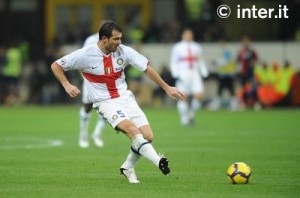 Of note is the yellow card situation. I though that Samuel’s yellow card for being chest to back with Suazo – with his arms down at his sides, I might add – was the weakest yellow card I have seen in quite some time, not to mention that this is the same Matchday that saw Burdisso kick a man, who was standing up, in the face and Chiellini giving the ol’ bulldog to a Fiorentina forward all without a break in play. Then I realized that Samuel might miss the next game too, since he was cautioned on his return from an expulsion.

By the way, that Burdisso boot to the head was missed by Mr. Perfect Ref, otherwise known as the ref who “got everything right” against Inter two games ago. It’s also a great example of just how much it mattered which team Burdisso was on that determined how many cards/penalties were given as a result of his activities.

Oh, yeah, according to pundits there was a penalty on Milito that wasn’t called, but at this point, who’s counting. 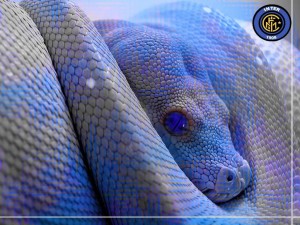 Cesar: Honestly he didn’t have much to do other than deflect on real shot. Genoa weren’t going to beat Cesar/anyone too many times out from East Bumfuck. 6.5

Maicon: Maicon was forced to stick close to home since Genoa uses 3 up front. He did make some runs up and he made some crosses. He did his job. 6.0

Lucio: Lucimar was once again the main man in the back. He looks like he’s fully integrated into the team and is feeling comfortable. Great game that saved us. 7.5

Samuel: Apart from the puzzling – maybe not too puzzling – yellow card, Samuel was very good and it looked like he almost scored off of a corner kick. 6.0

Zanetti: Played 2 positions for us and was good in both – which makes him 4 times better than any other midfielder that was on the field for us. 6.5

Muntari: I know the fandom is down on him, but he won more balls than he lost through poor passing. But he still wasn’t great. And he was out of position. 5.0

Stankovic: Stankovic played a very decent game. It wasn’t great. Playing in the center midfield, next to another out of position midfielder, he’s an offensive player acting as a defensive screen… well, I’ll get to all of this later I guess… 5.5

Pandev: Goran can play wide. He shouldn’t play wide in this formation. He should play behind a striker, next to a striker or wide in a trident. 5.0

Sneijder: He ran around in his typical, energizer bunny fashion but the passes weren’t there and the free kicks weren’t there. The team is set up to go through him or up through the wings. There isn’t a need for him to press like it seems he’s doing. 6.0

Mario: I don’t know what to make of Mario on Sunday. He was better than his defender who had to land Professional Fouls on him all night. But I think he only took one shot and I can’t think of any meaningful passes that he made. But he earned his card considering Maicon’s and Sneijder’s examples in the past. 4.5

Milito: When one plays the 4231, the 1 in the formation needs to be a target. He must head the ball and be large enough to withstand the combined attentions of both centerbacks. This “he” is not Milito. Another of our lambs lost in Johan ‘Kafka’ Cruyff’s worst nightmares. 5.5

Cordoba: When Cordoba came in I was worried. Fortunately for us, Genoa is as toothless as we seem to be. 5.5

Eto’o: I swear Eto’o has the Yips. Only one thing for it: he’s got to put his hat on upside down, turn his shirt inside out, attach a plumb line to his nose and hum sea shanties while spinning clockwise. 5.0

Quaresma: The best offensive player on the field… because he was the only one of the lot playing in his actual, honest to bleeding god’s position. Hallelujah. 7.0 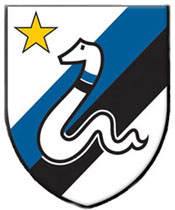 I have a lot of respect for Mourinho. I respect him because he hasn’t a lot of pity for the media. I respect him because he’s very knowledgeable about his profession. He does his job. He obviously enjoys what he sees as a challenging occupation that is more about testing wits than about men sweating and kicking things. But I do not respect him, and this is where I have my problems with Mourinho, for his love of Total Football.

In Mourinho’s perfect football world, everyone would attack and everyone defend interchangeably. Which is great, but in the real world where castles aren’t made of cotton candy, Goran Pandev can’t defend, Muntari plays on the left, Stankovic is an offensive player on the right, our fullbacks attack and Mario Balotelli won’t defend = Find another formation, you idiots!

The 4231 can work nowadays if you put 2 actual defensive, center midfielders at the “2” spot and then get 2 guys that play just like Deki from 5 years ago as the outside guys in the “3” spot and a guy who can score from headers – which we don’t really have and haven’t had since Aldo Serena – at the “1”.

Or you can play it like Roma did the last few years or so and forget that the word “defense” actually exists.

With the personnel we have we could just go with a freaking 433. This way we won’t have to:
1. Concede the midfield from the kickoff like we did against Genoa, which is why we weren’t able to get anything going nor stop their advancing up the field.
2. Play people out of position. Unlike last season we have the personnel for the 433. Here let me show you:

Everyone is playing the positions that they are comfortable in. Everyone is playing the position that they have actually trained years and years attaining reliable and good performances. It’s so easy. I don’t get why we over think this shit. It’s football; if it were hard then the players would need degrees instead of being largely the equivalent of high school and grammar school dropouts.

PSS. Okay so I am clearly bitter about this. Next up is Catania away. We better get our shit in order. This is one of the games we have to win. 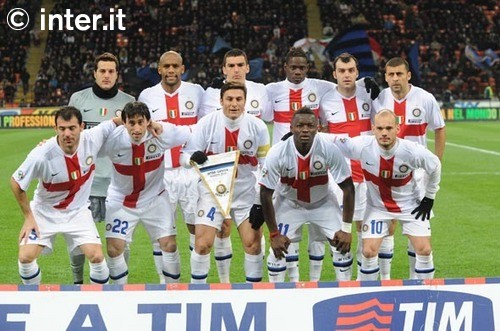