No New Tale to Tell

Share All sharing options for: No New Tale to Tell

Thank goodness the team is going back to work on Monday because these last few weeks have been crashingly boring from and Inter point of view. There has been no first-team movement on the market, only lots of baby nerazzurri going out on loan (fly little chicks, fly). Benitez has not said word one about his intentions for the new year, and frankly, it is starting to piss me off a bit. I know, I know, no news is good news and patience is a virtue... but boy, this is starting to get ridiculous.

First of all, Inter has 31 players listed on the first team squad right now, including some who clearly need to be somewhere else. As near as I can tell, we have three extra forwards (Suazo, Obinna, and Kerlon), at least two extra midfielders (Obi and Mancini, plus perhaps Muntari), and two extra defenders (Burdisso ad Rivas). So, what to do with all this dead wood? 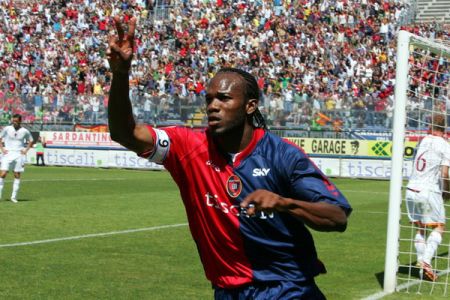 It is rumored that Suazo is looking to return to Caglari. I think Inter is looking for an actual sale this time, not a loan. For whatever reason, Suazo just has not worked out at Inter and I think it is time we all realize that and he moves on. Kerlon (Mr. Seal Dribbler) spent last season at Ajax, largely injured I think. Needless to say, they did not exercise their option to buy. Well, he has returned to Inter, and now, at 22, is no longer the wonder kid he once was. He says that he only wants Inter while his lawyer (a certain Mino Raiola) says he will go out on loan again. Personally, I think it may well be time to cut this kid loose. He has had two years to show his stuff, first at Chievo, then at Ajax and so far, he has absolutely nothing to show for it. This one may just not be worth the trouble any more. As for Obinna... Well, I wouldn't be adverse to him going out on loan for another spell. I just dont think we have room for him right now at Inter. I have read that Lazio are have been looking at Victor, but I wouldn't wish Lotito on any player. Brescia may also be interested (or so says La Gazzetta). 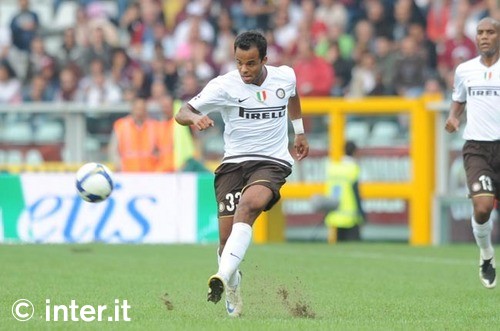 This guy is like the ultimate bad penny. I think Branca needs to take him to the woods and set him free.

Moving on to the extraneous midfielders, I hope Mancini will be going back to Milan on loan again. At least I hope that is the case. Word today is that he has refused the loan because he wants a chance to impress Benitez. Oh how I hate him and his enormous forehead. He and Quaresma were Mou's youthful indiscretions and the less said about them the better. I just want him to go away at this point. Last month it seemed that Obi was going to Parma in partial payment for Mariga and Biabany. Clearly that fell through. Now it looks like he will be convened with the rest of the first team and Benitez will take a gander at him and decide what to do with the boy later. Obi may go to Parma yet. As for Muntari, the latest word from the UK is that Benitez wants to use Muntari to help scratch his Mascherano itch (I bet there is an ointment for that). I dont know that Masherano offers us anything that Muntari doesn't plus I bet he will want a whole lot more in salary. Still, Rafa wants the guy and I suppose we should at least give the man a chance. Just so long as the move doesn't involve Krhin (who Hodgeson has the hots for), I will be ok.

In defense we may well be SOL. Who in their right mind would want Nelson Rivas? Livorno was relegated and sent him packing. I just read in today's Gazzetta that Cesena and Lecce may be interested (take him, take him now), and I sincerely hope that Branca is on this one because the thought of him playing for Inter again makes me break out in hives. Nico Burdisso has been the subject of a whole lot of talk this past month. Roma really really really wanted him - just not enough to actually pay for him, so that means he will be joining Inter for preseason with the rest of our World Cup Argies. That gives both Roma and Nico a couple of weeks to stew. I think that given the option of moving to a club that isn't Roma or sitting a season out on Inter's bench, moving wont be such a big deal. Especially given that Nico's agent (Hidalgo) has been implying that Nico feels a bit let down by Roma's unwillingness to meet Inter's price. Anyway, I dont think he will be playing for Inter next season. The only question is, will he be playing for Roma?

In the news today:

La Gazzetta says that Krhin is going on loan to Bologna, which is rapidly turning into little Inter. I think he will be the third Inter youth player on loan, plus Meggiorini (who was an Inter youth player but went to Genoa as part of the Milito-Motta deal). 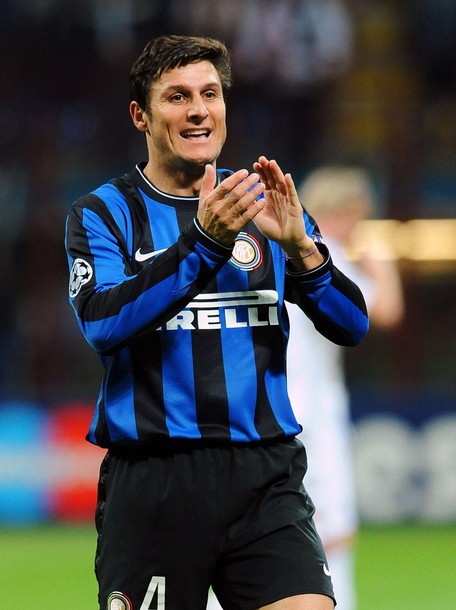 Zanetti is hungry... hungry for stars

Also, there is a two-page interview with Javier Zanetti, who is in South Africa for the World Cup Final (he is commenting on it for Mexican TV). He says that he wants to stay on the pitch long enough to get Inter their next star. He says he is very hungry for it. He also says that he would like to keep making history with Inter and that he "would like to do it with the same group as last season." Me too. He thinks that Balotelli will stay because he has finally seen what it is like to really be part of a strong team, and that Serie A will be even more competitive this year than it was last. Still, he calls the team a "war machine" that now knows its strength. Heady things indeed.

Inter Forever has a translation of the whole interview on his blog for those who are interested.

As for the upcoming schedule, there is a little more news:

Most of the team will start training at 9am Monday morning. Santon and Obi have already been working at La Pinetina for a couple days. Zanetti will arrive Tuesday while Materazzi is on leave until the 16th (Friday). Coutinho is supposed to arrive on Wednesday. Monday will be all tests and medical examinations, while the first real training on the pitch will be on Tuesday.

Wednesday will be the official presentation of next year's kit (please not that rickrack thing).

Oh, and a new US game has been added: August 7 against Olympiakos in Chicago.

Alrighty then. The World Cup Final is tomorrow - everyone be sure to think happy thoughts for our Wesley Sneijder. A couple goals tomorrow would go a long way towards him winning the Ballon d'Or.

Oh, and I forgot. Ked posted a link to a Guardian article about Sneijder on the previous thread. Check it out, it is an interesting read (here). Thanks for sharing, Ked. 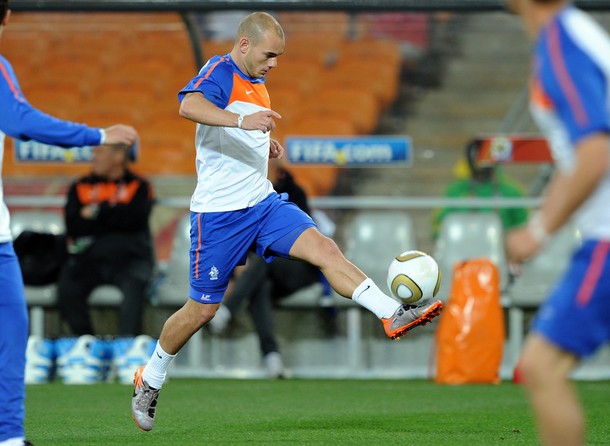