Waving Goodbye to an Old Friend

Share All sharing options for: Waving Goodbye to an Old Friend 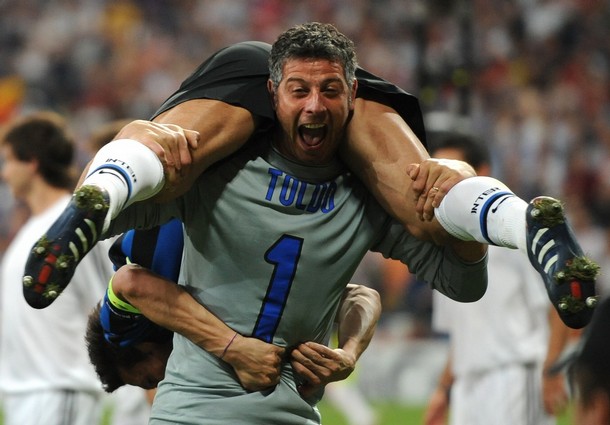 Another season is closing in upon us and as with every new training camp my mind is always cast backward to those who are not going to be starting the new season with us. In this case, we are moving on without Francesco Toldo.

Just, as I was told in the Eighties, every rose has its thorn, so too does every new beginning start with an ending. Toldo decided sometime in March that this was going to be his last season in harness which is why the club acted so fast at the very start of the transfer season to secure the services of Castellazzi from Sampdoria.

First some background. Toldo was a Milan youth product by way of Montebelluna. After finishing his stint in the Milan academy, Milan loaned him out to Verona, Trento and Ravenna before they - incredibly - gave him his outright release in the summer of 1993.

He hooked up with Fiorentina and became their man between the sticks for eight seasons where he won 2 Coppa Italia, a SuperCoppa and popped his Champions League cherry.

In 2001, one season before the dark days of bankruptcy for Purple Tough Guys, he transferred to our few, our happy few, our band of brothers. In the nine seasons that he spent here in Black and Blue (or rather in Silver and Black since he was the keeper) he managed quite a loverly trophy cabinet: 5 Serie A titles, 3 Coppa Italia trophies, 3 SuperCoppa trophies and of course the Champions League's Big Eared Cup. Toldo was the starter upon arrival until 2005 when Julio Cesar took over netting at least one very important goal in the process. However, since Cesar held Toldo in such high esteem Cesar refused to take his #1 jersey from him. Now that Toldo has officially hung them up, Cesar for the first time will wear #1 in an Inter jersey.

Even relegated to the bench Toldo has made his presence felt. He’s the first one that Zanetti runs to, to celebrate a big win or a goal. Not only do these long time colleagues have great respect for each other but they also know that it’s a way to link the players on the field to the players on the bench. Since gaining time on the field is hard when the squad is so packed with talent, both Zanetti and Toldo wanted to make sure that the whole team was celebrating their successes. Toldo, who spent whole seasons on the bench since losing his spot to Cesar, would always be the first up to celebrate – if he wasn’t resentful then no one had the right to be.

Toldo capped 8 times in the U21s starting in 1993 and 28 times for his country in the Azzurri, his first coming a mere 2 seasons after Milan booted him to the curb in 1995. Toldo’s journey in the Azzurri wasn’t smooth, however. The mid to late 90s through the
‘oughts saw a glut of goalkeepers make it to the International stage in Italy. Toldo hit the International scene when Pagliuca was at the height of his powers in the mid 90s and when Peruzzi was making waves toward that direction. After Pagliuca and Peruzzi left the International scene there was a brief Toldo or Buffon tug of war before Buffon became the undisputed starter for the National Team while still at Parma.

After all that, despite not being the first or even the second choice keeper for Euro 2000, his performance was a major reason that he was a whisker away from being the 2nd Italian Keeper celebrate winning the Euros, saving several penalties during the tournament.

In the video below, notice how Toldo bailed out Mr. Nesta who didn't make life easier for his keeper despite it being his job, sorta.

Now that he’s a free man, Toldo has, like Luis Figo before him, has found a way to still be instrumental to the club having been brought on in an ambassadorial role for Inter Campus, the incredible charitable juggernaut that Moratti has brought to Inter during his time as President. Like so many before him, Toldo found a second family at Inter and is eager to stay on with the club.

Some excerpts from an interview just after he announced his retirement

"For now, I'll limit myself to the fans who were close to me even in the difficult moments, to my sons Alessandro and Andrea. And above all to my wife Manuela. If it's difficult to be a footballer's wife, it's almost impossible to be that of a goalkeeper.

“I decided to stop two months before the end of the season. I said to myself that if everything went how it was supposed to, I would like to start a new life. I told Marco Branca that night in Madrid.

“I would have seen out the final year of my contract. I also received offers this summer, but I no longer had the desire to pull on any shirts that weren't Inter's and Fiorentina's. Now I will start again working for the Inter Campus.”

Despite this decision, I will keep working with Inter for the grassroots project Inter Campus, and I will try to improve the club's corporate image. I didn't expect Inter to become a second home for me but that's what happened. As soon as I arrived here I had a positive feeling."

His best matches, "Holland-Italy, Arsenal and Fiorentina, Valencia (was this Benitez’s team?) and Inter. Apart from one where I made a goal against Juventus.

The strongest defender with whom he played: "Cordoba. A phenomenon. Physical strength, elevation and anger. "

"I had two periods. Before and after Calciopoli. Facchetti and Moratti had led us out of trouble, building a winning team that could win, but the external factors did not allow that to happen.”

Harder to digest the defeat at the European 2000 or May 5: "The latter. Not worth it to dwell on it because it was shown that this championship was distorted.

Finally Toldo was asked to reveal the names of the most lethal strikers he had faced in his career. “Batistuta, Ibra, Del Piero and Montella." 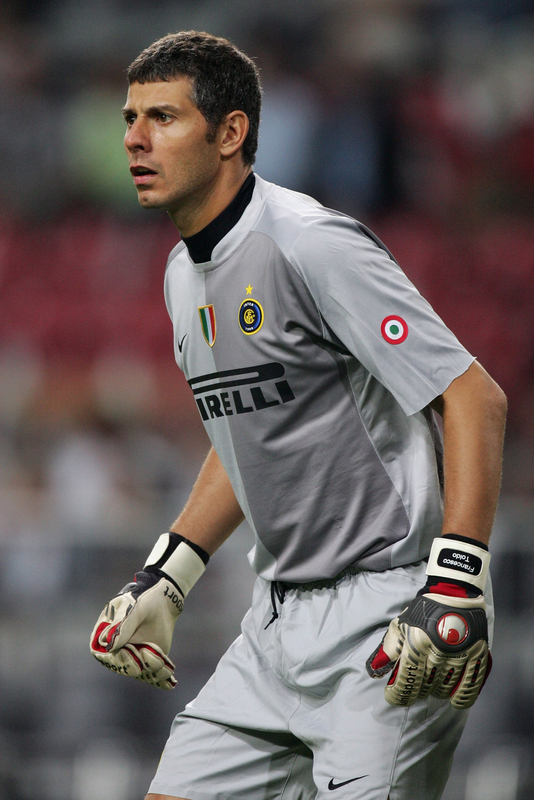