They're coming to America

Share All sharing options for: They're coming to America

Inter is in US for their 3-game North American Tour. I had read there was going to be four, but the Los Angeles game was canceled and the Chicago game never materialized (sorry if I got your hopes up, midwesterners). For those of you lucky enough to live in or near Philadelphia, Baltimore, Toronto, or Dallas, you have the opportunity to go see Inter play or train live and in person. Full schedule after the jump.

The team has landed in the US, in Philadelphia where they will train for a week at the Philadelphia Eagles' (the NFL team) training facility (the NovaCare Complex?). Our world cup players should meet the rest of the squad there. Some of the sessions will be open to the public but specific dates have not been announced. I will keep you posted or check the Inter web page for more info.
(Unfortunately it wont let be embed it, but here is a little video of the squad leaving Italy)

Inter will train for two days in Dallas then fly back to Italy August 7. No word yet on whether any of the Dallas trainings will be open to the public.

As always, if any of you go to any of the games and/or training sessions, I will be happy to publish your account along with any photos here.

As for other news, the transfer market is exactly what it was yesterday... and the day before. Balotelli is still on his way to Manchester City; Maicon's agent is doing everything he can to make the Real Madrid deal go through; and Inter are still being linked with Mascherano and Kuyt. Burdisso doesn't want to join the team in the US (he wants a personal meeting with Moratti - like that would change the fact that Roma are broke) and the roster still has far too many players on it. Next week is supposed to big for transfers. Of course, that is what they said last week. And the week before. 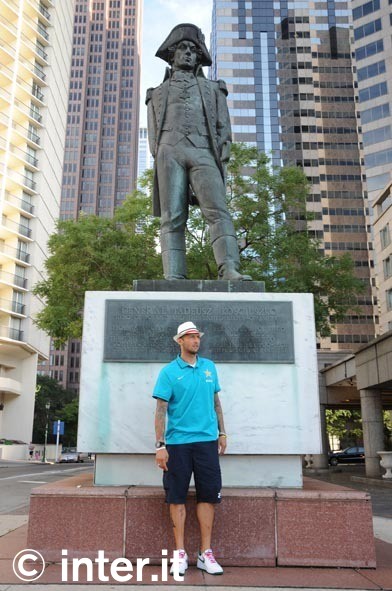