A Slightly Different Take on the Mario and Maicon Saga; Subtitle – Take Teams from England and Spain for As Much Money As You Can… AGAIN!

Share All sharing options for: A Slightly Different Take on the Mario and Maicon Saga; Subtitle – Take Teams from England and Spain for As Much Money As You Can… AGAIN! 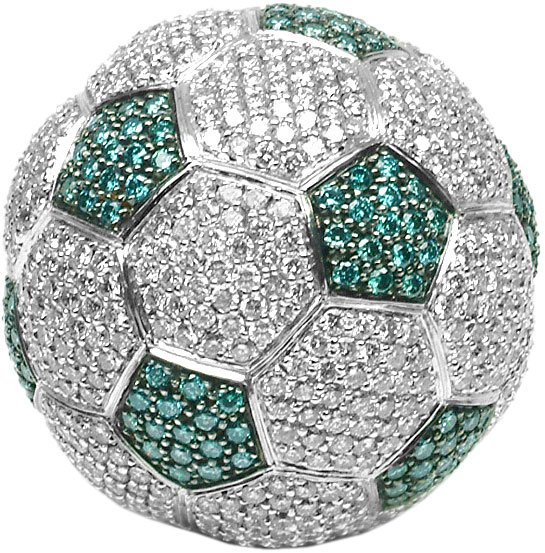 English and Spanish media, PR departments and supporters may not like Serie A, but their teams are willing to pay through the nose for it's players. This, potentially, will be the second season in a row that we will make tens of millions of Euros off of a deal from at least one team that originates from either country. I am coming to see that I don't mind one little bit.

Anyway, on to the deals and why I hope that they both leave. Feel free to reference the book Moneyball: The Art of Winning an Unfair Game at any time.

Maicon, or rather his agent whom he doesn’t seem to disagree with, has been angling for a ticket out of town for around two and a half seasons. He and his agent decided that Inter weren’t going to give him a double digit million Euro yearly salary in Milan. His agent, Caliendo, has been trying desperately to get a raise – either money or ire from Inter so that his client could be paid or transferred.

This it season looks like both are finally going to get their wish. Inter’s position has been consistent with their handling of Ibra a season ago – if you want to go and we can get a decent price, goodbye. Rumors say that Miacon looks like he’ll get Inter some 28 million Euros + bonuses depending on performance. How much he’ll get paid is still up in the air, but I bet it’s going to be a raise from the 4.5 million he’s making per year now. Remembering that Maicon’s rights were bought at around 6 million Euros in 2006 this would be a huge return on the investment.

I said goodbye to Maicon a year ago, even though he was when I first saw him and remains now one of my favorites. Will I be sad to see him go? Yep. Some players play for the shirt, and we have those here, but if Maicon has repeatedly stated that he wants to move on, I would be foolish to think that he would do otherwise when given a chance. So, if it's to be farewell, then see ya. 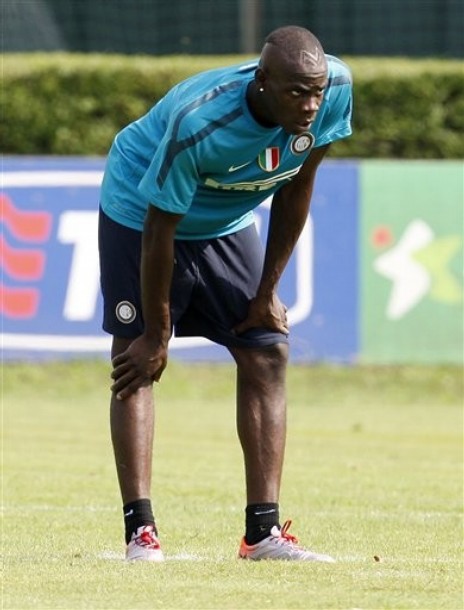 Mario is kinda the same story. His brother used to be his agent, but either they felt out of their league or they felt that he deserved more money/consideration/playing time. It really doesn’t make any difference. As it stands right now, on this team, Mario isn’t a starter. If he had patience he could wait and learn for a year or two and then at the ripe old age of 22 he could be the main man at a team like Inter, which will hopefully challenge at the highest level for a long time and a god to its fans and a whole city. He could have written his own ticket for the rest of his life.

Instead he wants to cash out and go to a currently second tier club competing in the Europa League next season. He’ll get a raise from the 1 - 2 million per year that he’d earn from Inter. I don’t know if he’ll get the playing time that he desires but I can’t see the likes of Adebyor, Jo, Tevez or Bellamy starting ahead of him. On the other side, the refs in England have a long history of being finicky to non-English players and Mario is pretty far from the English ideal. It’ll be interesting to see how this works out.

His price was set at 35 million euros and I think that Manchester City will have to get pretty close to it in order to get him. Real Madrid and Inter actually have a relationship of dealing with each other – plus there were the residuals of Sneijder and Mourinho that can be cleared up with a negotiated Maicon to Real transfer. With no history to speak of with Inter, I can’t see Manchester City getting any great consideration. I wouldn’t bet that Mancini engenders too many warm fuzzies from Moratti. Besides, Mario’s rights were bought for something like 600,000 Euros. This would be a fantastic piece of business. The latest number I hear is 30 million +5 bonus.

I am assuming that this deal will be contingent on Torres not moving to City from Liverpool. Apparently there is a feeling out of around 60 million Euros by City for Torres. Liverpool are cash strapped but Torres is one half of their entire team. I say that the odds are even that Torres stays. He won't get Champions League with either, he has a history with Liverpool but ManCity have the resources to get better next season. Besides, Liverpool have just hired a coach that is famous for getting more with less - not an encouraging sign.

On a completely unrelated note, I’ll be curious to see if Mancini quits on his current club if he loses to Liverpool again. He’ll have several chances, that’s for sure. If he never did that to us, I wouldn’t have thing to hold against the guy.

It’s been said by Moratti that we are going to sell before we buy, but we have already seen that he was being cagey. We have bought Castellazzi, paid our share of co-ownership deals and purchased the rights for eight or ten youth players. If we don’t sell either of the above then we really don’t have any need to buy anyone else. 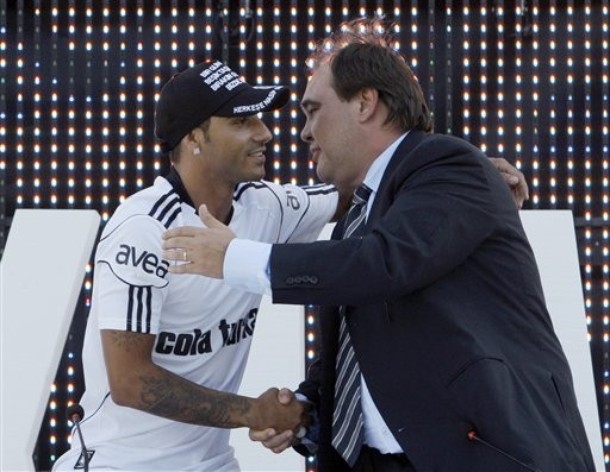 And really, those two players aren’t the end of our sales. We have already sold Quaresma. We still have Burdisso, Muntari and Rivas to unload. Amantino Mancini needs to find a forever home off our books but I don’t think he wants to go and may force us to keep him a while. Kerlon (who’s injured and we might have to bite the bullet on), Obinna and Suazo need to be elsewhere.

The team has already made quite a bit of pocket change in co-ownerships for around 10 youth players. Add that to the 60 odd million Euros that both Maicon and Mario would bring in. Then consider the Burdisso, Muntari, Rivas, Suazo and Obinna (potential, though soon factual, I hope) sales and we are talking almost 100 million Euros just in sales for this season. Add that to the Champions League total payout of almost 100 million Euros and we are talking about a team that is a fiscal juggernaut on the eve of the UEFA Financial Fair Play directive and a persistent credit crunch. Or a down payment on a stadium worth millions in it’s own right. 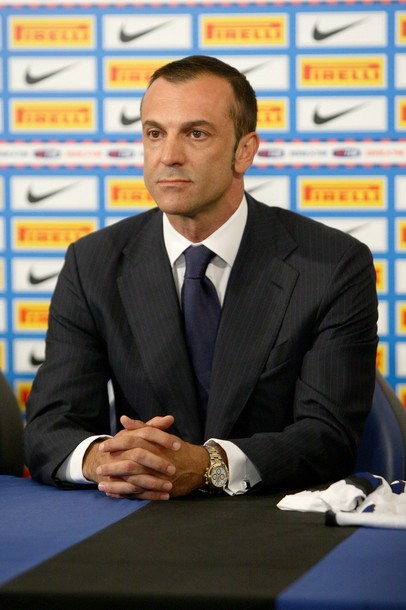 The question on such a risky ploy is do we trust Branca to get us the players that we would need to continue to compete at a high level without spending all of or wasting the money that we are earning by making such deep cuts? I think it’s important for him to remember that we are cutting technical quality from the team and we would need to replace that with more technical quality. Another defensive midfielder is great, but not exactly what I think we would need to reestablish balance to an already very gritty team.

All that being said, as of right now – no one’s been sold, except of course Quaresma. And last season, if you might remember, Moratti and Branca rather danced the same dance dangling Ibra and Maicon selling one for… coincidentally enough, almost the exact amount needed to fund an offseason’s worth of buying. It wouldn’t surprise me to learn that Moratti and Branca might put the kibosh on a second departure. So, for example, if Maicon’s deal goes through first, then I might expect the front office to shut further Mario negotiations down until next season’s books open up again. It’s a theory and I’ll be interested to see what happens. I just hope that they don’t wait too long to do it. Not everyone can get acclimated as quickly as Wesley did last season. 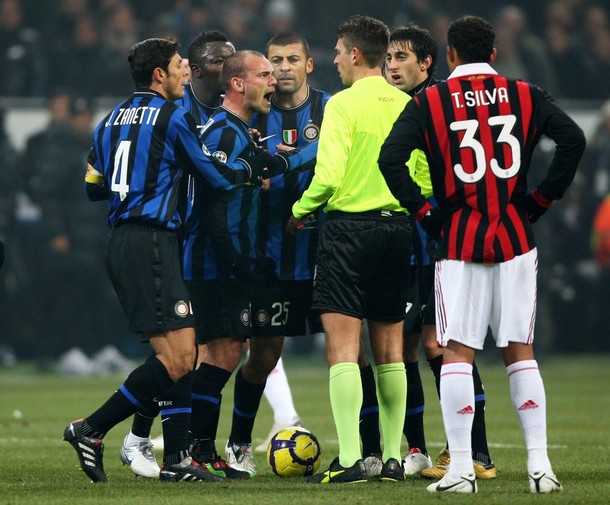 Rankings don’t mean much but this is a “it’s a first time deal” so I’ll post it. It is the first time that Inter has ever been ahead of Milan in the UEFA club rankings. Inter are 8th, behind: Barcelona, ManU, Chelsea, Arsenal, Liverpool, Bayern Munchen and Sevilla. The rankings cover 2005-present. Roma and Fiorentina round out the Serie A teams in the top 25. Notables include Real Madrid at 13 are 1 spot ahead of Roma and Lyon at 10 – higher than I would have expected. 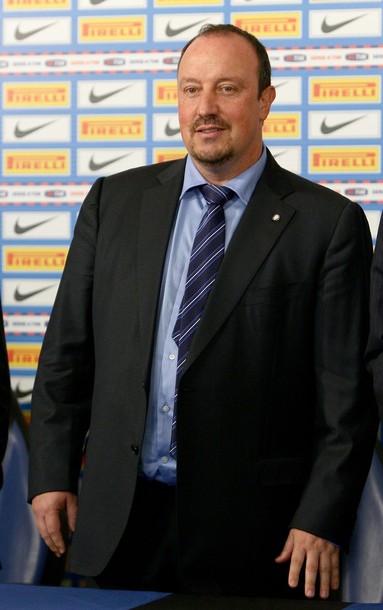