Share All sharing options for: Inter v Panathinaikos: The Warmening 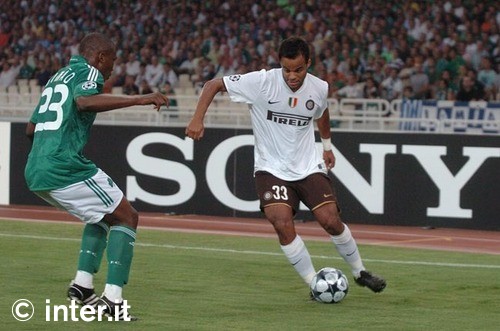 Inter continue their pre-season warm-up by taking on Greek champs Panathinaikos. You remember them, they totally f-ed up our home record by beating us in the Champions League a couple years ago. Hateful shamrock-wearing so-and-sos. We did manage to take them in Greece, though, with the help of the elusive and rare Mancini goal. With any luck, he will shine in this friendly as well and some team will make a hugenormous offer for him and we can finally be rid of our last vestige of Mou-folly. Hey, stranger things have happened.

What: Inter Milan v Panathinaikos FC
Where: Rogers Centre, Toronto, Canada (note the clever British "re")
When: Tuesday, August 3, 8pm local time (5pm pacific, middle of the night in Europe)
How to Watch: I have not found a US broadcaster for this game. I suggest finding a stream: MyP2P, Rojadirecta, Ustream, and ATDHE.net

Ok, I have been having a hard time finding things out about this season's Pana. I dunno anything about them except maybe that they just signed Boumsong from Lyon. They have apparently been in North America for some time as they have been playing a whole bunch of friendlies all summer. More recently (July 20)they beat Wolfsburg 3-1, then (July 26) lost to Mainz 0-2. What that means for us is anyone's guess (there is a shocking lack of info about these friendlies!) 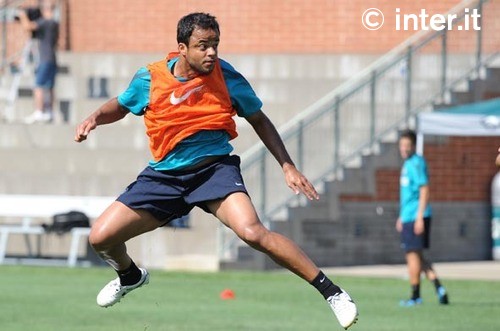 Moving on to Inter...

Rafa has given us a bit of a hint about his plans, saying:

"In Toronto, the idea is to let Eto'o and Stankovic play a little more along with those who feel better among the players who came here directly from their post-World Cup vacation. We will find a Panathinaikos who is at the fourth preparatory game, it will be helpful to tackle an opponent even further ahead in their condition, but we are strong, they are experts, therefore it will be a good game. In Toronto I would like to see what I've seen in Baltimore, with the same intensity and same mentality."

So, look for more first teamers, I guess. Here is how La Gazzetta dello Sport thinks it will start out:

They also think Coutinho will only play in the second half. Milito may not be available due to muscle fatigue, Dr. Combi is set to check him out closer to game time. Rafa said today that ideally Inter would have 6 to 8 pre-season games to get ready for the Italian super cup. Well, we only get 4 so I guess he better squeeze all he can out of them.

As the Market Turns

Or doesn't, as the case may be. While there has been much chatter and tons of speculation, there has been no real movement on either the Balotelli or Maicon fronts. For Maicon, the main problem now seems to be his wage demands: Maicon wants 7 million, Real want to pay him less. Sky says they have made another 48-hour, take-it-or-leave-it ultimatum, but they did that a couple weeks ago and here we are still haggling. Maybe they dont know what the word "ultimatum" means, 'cause I am pretty sure you are only supposed to get one. Anyway, for now, he is still an Inter player.

Balotelli's deal, which seemed so cut and dry, is becoming complicated. Manchester City now only want to pay 26 for him while Inter want 30. I think there is also some dickering going on between Mario's agent and Manchester over Mario's salary and bonuses. The problem is that if Manchester give more to Inter (to bring it up to 30), they will give less to Mario in bonuses and incentives. So lets just say there are still some wrinkles to iron out of this deal. 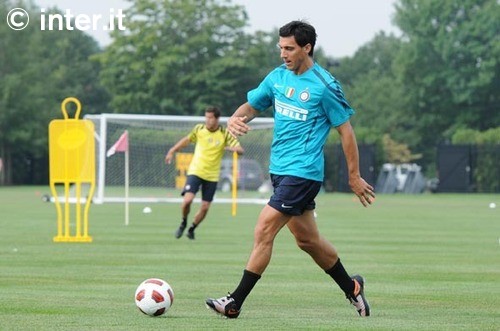 This is all kinds of wrong.

As for Burdisso, this week the "important day" is Wednesday (we get a new one every week). Roma are still offering 5 million while Inter want something like 7. There was a rumor floating around that Roma wanted to insert Cicinho into the deal, but his agent says nothing doing. Wednesday it is.

I tell you what, I am ready for this mercato to be over already. If Maicon and Mario are going, let them go so we can get on with building a team. If they are staying, great - lets stop talking about them leaving. As for Nico, the sooner he finds his forever home the better. I am beginning to feel like a couple who still live together after the break up - awkward and stressful. Plus, it is hard to meet new people when you are still living with your ex. Time for Roma to put their money where their mouth is and dig deep.

Good news Sneijder fans: he will back to training at La Pinetina on Friday. Oh, and his new Facebook profile picture scares me a bit: 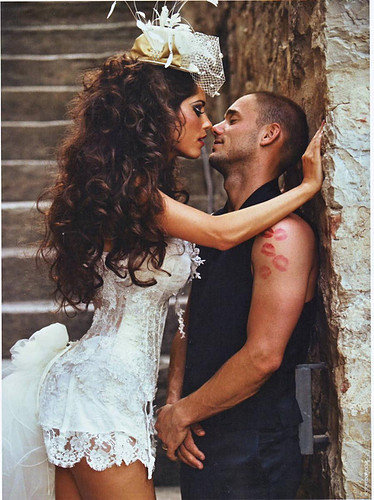 And from Wes's twitterings today: