Share All sharing options for: Update-Orama and Inter 2 – Panathinaikos 3 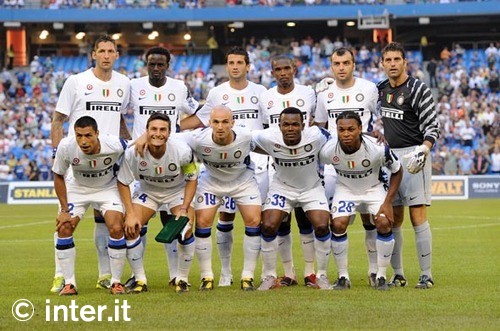 Not much to say about the friendly other than the fact that in the first half we looked like we were outclassed; no ifs, ands or buts – and Eto’o still got a goal, I might add. Late in the second half, when we brought on many of the World Cup players we looked more our old selves and started to pressure the Greeks, earning a goal and not giving one up.

Things to take away from the friendly:

-Coutinho has had 2 very decent outings for us in 2 games.
-Biabiany has shown in 2 games that he can play out wide effectively.
-Mariga has looked like a super athletic beast as a centrally located defensive midfielder.
-Cambiasso looks in shape and in form. Remember that a year ago he needed knee surgery.
-Eto’o wanted to play near the front of the goal more and when he did, he scored.
-Santon had a run out.
-I like the way a lot of the kids played – with heart and effort – even if they lacked experience and technical skill. Names that come to mind: Natalino, Nwankwo and Alibec.

-I am not a big believer in this team playing a straight 442, which is what it looked like we played for some of this game. I don’t think we fit it well.
-I thought that, as much as I love him, Marco was done last season. He looked very slow last night.
-Ditto Orlandoni. But it’s a Catch 22. Vivano, rightly probably, won’t come back to be an understudy at this point. I don’t think that we need Belec wasting away as the third keeper either. I see us getting another goalkeeper this time next season.
- I feel very reassured that the youth project that was installed several years ago around 2005 is really close top bearing us fruit, I just wish that we would trust it a little even if it meant playing these guys in the Coppa and putting them on the bench or in the stands on game day. A lot of those kids playing last night would run themselves to death for a chance to play in that shirt for a season. On the other hand, the quality jump from the first half to the late second when the internationals came on was immense.

There have been a lot of transfers of youth players that I have been trying to keep straight in my head… which makes it so unsurprising that I have failed so utterly.

Below is an update that I have grand illusions of reposting when something changes, but looks like our story thus far in the 2010-2011 season. Any additions would be helpful in the comments, but please leave a link, otherwise enjoy.

No changes here lately, thank the gods. We said goodbye to Toldo and brought in Castellazzi from Sampdoria on a free. 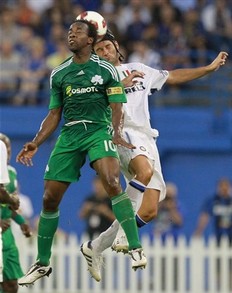 Burdisso and Rivas returned from loan spells. We are anticipating the potential sales of Maicon and Burdisso. Honestly, I don't see us selling Burdisso before the SuperCoppa for obvious reasons. I could be wrong, but why make things tougher on ourselves? If we were smart we would wait until the 31st.

This is the going to be the area of the team that is going to have the biggest upheaval this season. We loaned/sold/terminated Patrick Vieira (In January, I am not sure if it was considered this season, 2010-2011, or last season, 2009-2010), Ricardo Quaresma and “lost” Luis Jimenez in the envelopes. I expect more changes here. 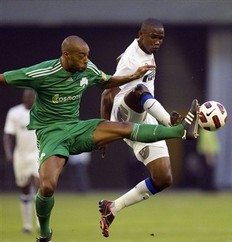 We obviously have more than we need here. Mario is rumored to be gone, obviously and I think that we can count on at least one more sale, perhaps David Suazo. Maybe Obinna is slated to go too, but who knows. If we have the idea of playing the 4231, we are going to need wide players and attacking players, which Obinna can play, kind of. Kerlon might be edging towards the “mistake” classification. If he is, then it’s a small one since he didn’t cost us too much. I like Biabiany from what little I have seen.

Rafa settled his contract with Liverpool so that he could sign with us without a fee. Castellazzi was a free transfer. Coutinho cost Inter 3.8 in 2008 where he stayed at Vasco de Gama until this summer. The other half of both Biabiany and Mariga cost 9.5 million Euros together. I have no idea how much they actually cost separately.

Andrea Ranocchia - Genoa - Co-ownership (Stays at genoa for the season) Mattia Destro loan with option for co-own goes the other way (Worth about 3.2m€) 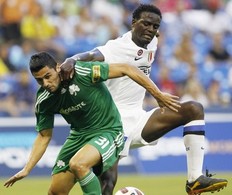 The youth sector is a bit murkier since the news isn’t as widely distributed and the amounts are so much smaller there is less shock value and therefore fewer headlines. In getting these all together I collected information from fcinternews.it, Inter.it and ForzaInterforums.com. 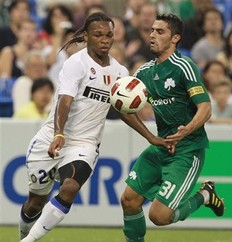 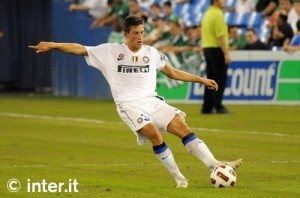 So all I can tell from this mess is that we co-own out more than we co-own in and we don’t buy for cash if we can send someone the other way - usually not permanantly. Considering the 4 sales to Milan outright I would suggest that the primavera can pretty much pay for itself and that the club is making enough off of it to keep it going. Any help in this area is appreciated.

Right now, Inter are making a profit on the mercato. The club doesn’t have to, as there is a budget to spend, but it’s nice to know that there is a concerted effort to be conscientious. The youth sector seems to be paying for itself and the senior squad finances seem to be well in hand. We are still in a holding pattern though. I don’t doubt that we can get by with late arrivals, but wouldn’t it be nice not to do something at the last minute for a change? 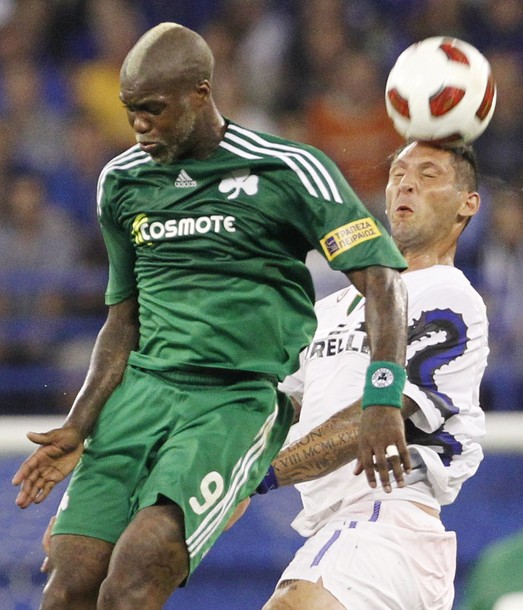