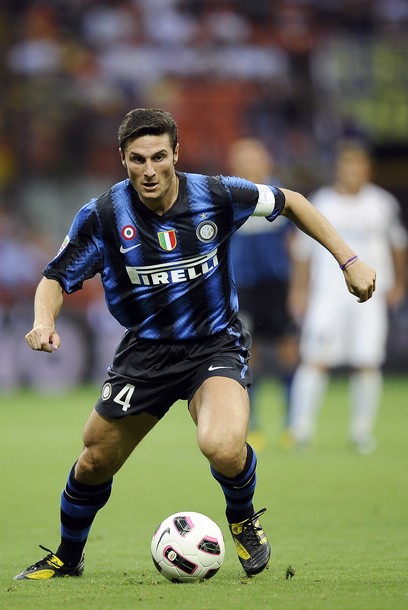 Match day two finally arrives and not a minute too soon. I, for one, was going out of my mind with the stupid rumors. I mean, the transfer window is over; can we talk about games now please?

So we finally have games again, in fact we have them in spades because the Champions League group stage is coming up during the midweek.

But not to get ahead of ourselves, we played well against Udinese but we had trouble finishing again. We probably caused enough havoc for 3 penalties (2 handling and a belly flop on our forward), including the one we actually got, plus Eto’o hitting the post and Mariga missing the chance of his life. We had the chances, we just need to put them away... that means you, Milito. 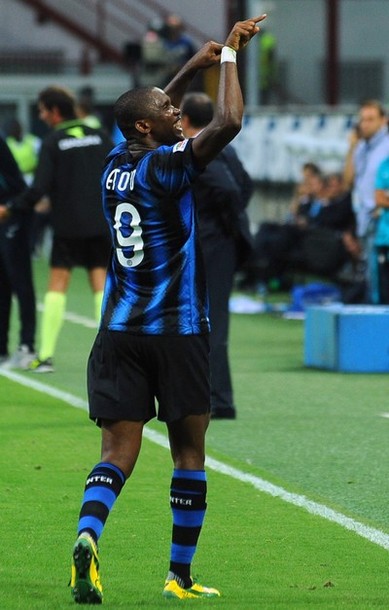 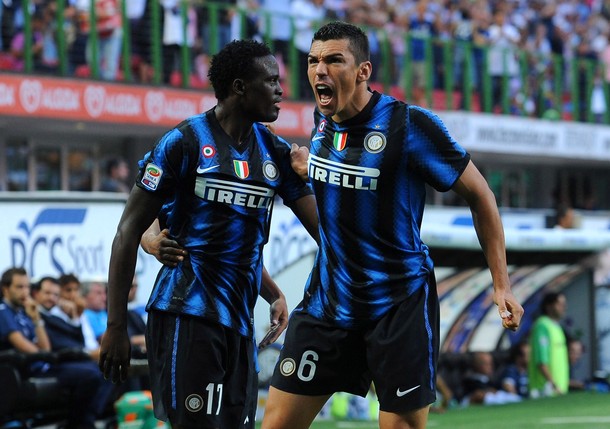 Cesar: He wasn’t called on often and he wasn’t at fault for the goal, but he did pull our ass out of the fire once. But he really needs to communicate with the defenders better. This is 2 games in a row now. 6.5

Zanetti: We used 3 fullbacks in this game and Javier was the best one on the field. Can someone tell me why we don’t use Javier and Maicon at the same time instead of Chivu and Maicon? I didn’t get it last season when Santon when out and I don’t get it now. 7.0

Lucio: How good was the Lucio and Samuel combo? Look at the frustration on Di Natale’s face at about 60 minutes in. When defenders score, it’s always a big deal. 6.5

Samuel: Lucio is supposed to be the “move” defender but Walter was covering for marauding fullbacks all day. Plus, he almost had a heck of a goal. 7.0

Chivu/Corboda: I am going to give both of these guys the same score because I didn’t see too much difference between them. Except of course when Lucio tripped Cordoba who fell right on the edge of the Area. 2 seconds later, Di Natale would run over Cordoba and fell looking daggers at both the ref and us. Both funny and sad... 6.0

Cambiasso: This will be the second game in a row that I thought was pretty poor by Cambiasso. Keep in mind that his standards are pretty high, though. The energy was ehh, the passing at times was very good – but at others was terrible. He needs to get his head right. 6.0

Mariga: Another good outing for Mariga. Was his inexperience obvious at times? Yep. But I really think that all the other things that he did made up for his mistakes. Plus, when he loses the ball he busts his ass to get back. It’s nice to see that someone gets it. One more thing, it was his deflected shot that led to Lucio’s score. 7.0

Biabiany: I thought that Jon did okay. Here’s where I am really happy - I didn’t think that having him in the game hurt us. It was an important first step in that I think there is trust building here with other players. 6.5

Eto’o: He was the most important player on the field for Inter. I saw him run back on defense and he was literally squashed in the box by Zapata (sp? It’s something like that). He was so cool on the penalty save, it was amazing. He didn’t care it was saved… he just hit it again. Perfect. 8.0

Sneijder: Like Cambiasso he looks like he’s not really with it, but I thought that he got better as the game went on. He also has a better excuse than Cuchu. World Cup and marriage in the same summer has got to be rough. 6.5

Milito: I was going to give Milito a worse score than I actually did for one very important reason – he knows he’s not right. Here’s how I know, that he knows: when it came time for the penalty, he called over Eto’o to take it and it proved a smart decision but even more, it’s smart team play. I can live with that. Plus, I saw some hope. He came very close on shots that he would have made last season. He just needs to work a little more. 6.5 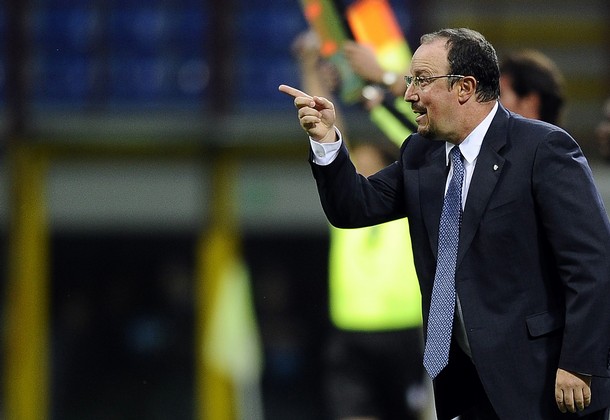 There are several things I can give Rafa credit for in this game. I liked that he used Biabiany instead of Pandev for this game. Pandev will probably need to be ready midweek and he’s not the most physical guy in the world. Besides, using Biabiany here and getting away with it took stones, and it’s always cool to know that your Manager has the stones to try something new.

I can’t blame Rafa for the score, since we made chances. If his game plan leads to us creating chances and we don’t capitalize, it’s not his fault in my book.

If I need to call Rafa out for something, it’s the use of Chivu if Santon is healthy. I can’t tell you how annoyed it makes me to see Chivu continue as a fullback when I think that a. Santon can play better and b. we will need Chivu to play in the center before too long. As long as Chivu is outside, that means that Cordoba is the next centerback. I have good feelings for Cordoba for his service, but I still think that relying on him is a mistake. I know that we are waiting on Ranocchia next season, but we could have bought a guy like Radu – who is a steal for whatever Lazio is paying for him – a while ago.

There were stretches that caused concern, however. Cesar made a game saving stop in the second half and there were a lot of shots from the Udine attack, but to be honest, it seemed to me that a lot of them were from the edges of the penalty area or beyond. I think that it'll take more than that to beat "All Washed Up" Cesar, frankly. And besides, we aren't Barcelona and this isn't the EPL. We aren't going to hold possession for 80 minutes and the opponent, no matter their relative size, is going to have a chance or three. That's just calcio. If you expect domination in every minute of every game you might be listening to the press too much, where every game is either a 6-0 squeaker win or a 1-0 "The Fall of Inter Soon, This Time I Mean It" win.

The UEFA Champions League starts up again on Tuesday against Twente. We have to be sharp when we play these guys.

Speaking of UEFA, there is report out that Inter are now the 4th highest earner of revenue from the Champions League since the new format started in 2003 with €174, 521, 932. Only teams ahead of us are English (ManUre, Chelsea and Arsenal) but it’s the team behind us, Lyon that worries me. If there is a team that is poised to do well with the new restrictions that will hit the biggest clubs hardest next year, it’s Lyon. They always make money in the summer, they always seem to sell players for more than they paid and they always seem to reinforce intelligently. Plus, of the top 5 teams only we don’t own our own stadium – another reason to worry. The next Italian team is 9th on the list, Milan. 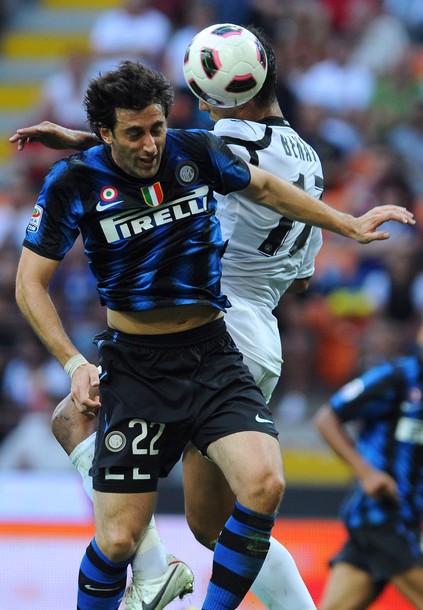