Share All sharing options for: Inter 4 - 0 Werder Bremen; Poker? I don't even know her... 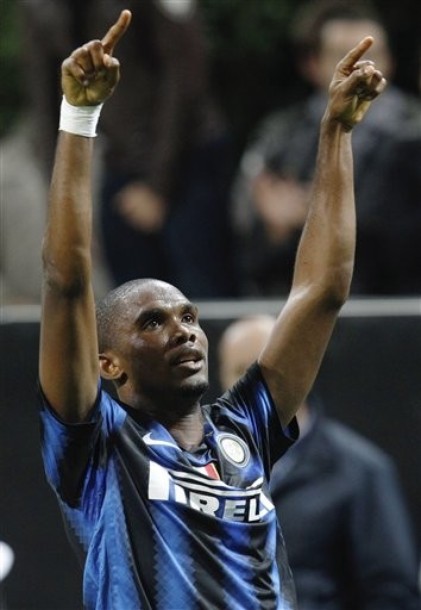 There was ever going to be one Inter Player of the Game, even if I had a real desire to give it one of the young guys that worked their tails off to help the team, that didn’t want to be the reason for a loss and wanted to kick start their careers. But I can’t. It has to be Eto’o. You can’t score 3 goals in a Champions League game and not be the Player of the Game.

Cesar/Castellazzi: I am going to give two scores here, in a MAD exclusive. Cesar was shocking in the first 100 seconds but he made up for it in the very next save he made. Castellazzi kept his cool having to go in at the half. There were two things that I was thinking when he went in: 1. We’re 3 goals up, if there’s even a hint of problem with Cesar this is okay 2. DON’T SCREW THIS UP! He didn’t. He was very, very good. 7.0

Maicon: With Biabiany on the field Maicon’s speed is redundant on runs forward. This means that our fullback was able to stay back and play defense. With the added pressure of Biabiany going forward and Maicon never getting caught forward and out of position there wasn’t a whole lot of pressure from that flank. Maicon was able to be supportive and defensive. 6.5

Lucio: When there is a clean sheet in the middle of the week the defensive did a good job. Lucio had one major gaffe that allowed a forward behind him and the forward got a foot on it. Bad luck that it wasn’t a goal. Other than that, it was a great job of holding the line. 7.0 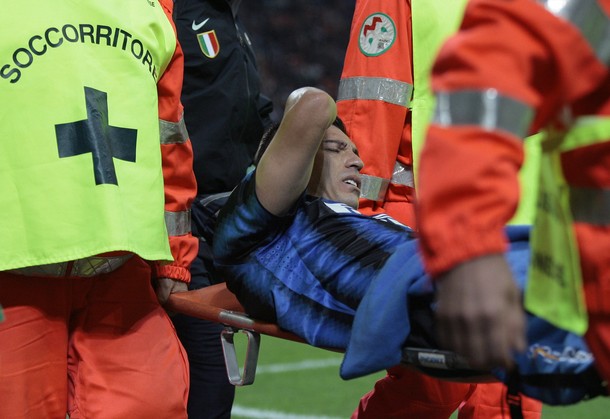 Cordoba: See above with the clean sheet. Cordoba has been surprising me with his performance in this injury crunch. He’s 3 apples high and he’s on the field with at least 3 guys who are over 6’4”. He’s never wanted for guts. 7.0

Chivu: This was a good game from Chivu, mostly because he got a lot more help from Coutinho today than he got from Eto’o on Saturday and only had defend in a short area – which is his strength. Frankly this wasn’t a game for the fullbacks, it was all about the centerbacks holding back the Bremen front line. 6.5

Cambiasso: Cuchu won the ball in the midfield and made the outlet passes that allowed the team to begin their attack runs. This was the Cuchu I waited all season to see. The only thing missing? He wasn’t pointing to the best pass for someone to make. When he starts that up again and he’s able to play like this – he’ll be worth watching again. 7.5

Stankovic: Deki had a good game in the pivot. The past few weeks he's been playing out of his socks and this game wasn't an exception. Long range shooting from someone who scares defenses can have the effect of forcing the defense out of the penalty area freeing up the forwards and attacking midfielders. 6.5

Biabiany: We need to see if the young guys can hold their share of the load. It was inevitable that his start would be forced on the team, no one wants to start young guys if they avoid it. Jonny Boy help up his end and he made a sweet, sweet, sweet pass that if Coutinho had scored would have collapsed the stadium. 7.0

Sneijder: His score was an example of incredible skill but more impressive was his passing. If he can pass more like that and take fewer shots then we will go far. I know he needs his shots. I know he needs to be the star. I don’t really care. He can pass like a dream. 7.5

Coutinho: He’s too short. He doesn’t have enough muscle. He only has one foot – his left is iffy. He works like a demon. He comes back to play defense. He’s got incredible passing skills. He works with Eto’o and Sneijder really well. Do I have room for one more redundancy? He’s really, really good. 7.5

Eto’o: I don’t know what I can say about his performance. It was mind blowing. I think that he took a single shot that didn’t make it into the net. I don’t know what say about him. Watch his movement off the ball at the second goal. It was a master class on how to create space and take advantage of tight coverage. 9.5

Santon: He really doesn’t have to do too much to get a good grade from me right now. I bet that I am not alone. He stepped in and he played pretty well. I hate that we had to lose Lucio to see him, though. 6.5

Obi: No one missed the fact that it was Obi who worked his ass off to win the ball that started the combination of passes that led to Eto’o’s 3rd goal. Like Santon, it was great to see him on the field. It was better to see him contribute on a big stage, cold. 6.5 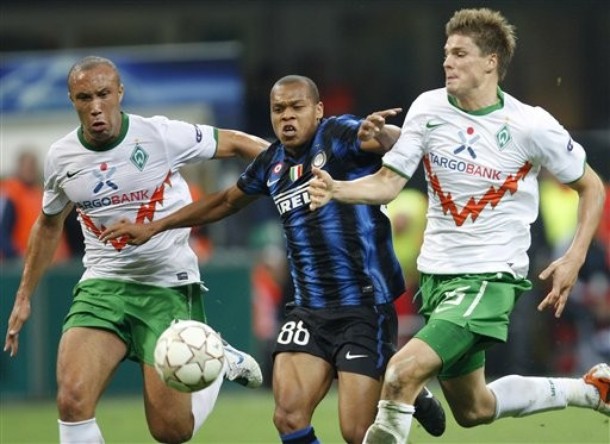 Overall I thought that this was a well reffed game. A physical challenge that won that ball was allowed to play for both sides. Wesley, for example hit the dirt on several occasions in a tough challenge that I thought was well not whistled.

Biabiany was fouled at the top of the penalty area by what could have been the last man, but there were several players in the area – the Werder player wasn’t given a red card in a fit of good judgement.

Eto’o was well not whistled for offside during his second goal.

Alemeda was whistled offside when he was onside.

See, there can be well refereed games.

In the first few minutes of the game it looked like Inter’s troubles in Europe would continue at least one more season. In a move reminiscent of Milito’s own goal, Cesar made a shocking move that almost shipped a free goal to the enemy. Thankfully he made up for it. At around the 6th minute or so, Inter dominated the match for the next 10 minutes that made Rafa look sick at all the missed opportunities that included the sweetest cross made by a 22 year old and an open header by Coutinho with only the keeper to beat. There was some midfield back and forth until the 21st minute that started 13 minutes of scoring – 3 goals. The game was basically over at that point. But there was the specter of two seasons ago 3-3 draw. 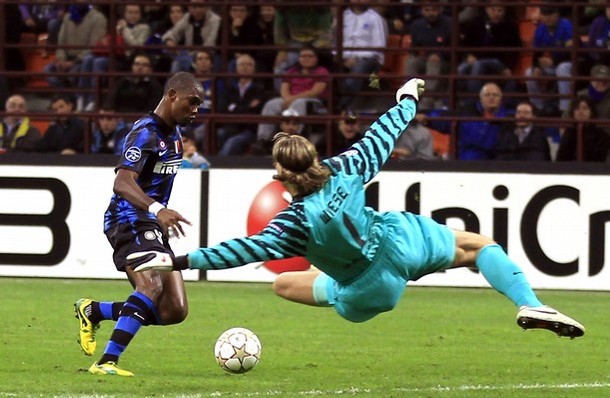 That specter got a little more solid when in a surprise move that had us gabbing at Kirby’s excellent live blog. Cesar, Maicon and Zanetti have logged marathon hours last season including the Champions League. If it was minor, like it looks like it is, fine. Castellazzi proved to be a cool customer. On the other side of the half, we started to sit back, I thought too far back. We were pinned back and taking heat for most of the 2nd half. Lucio pulled up with a muscle problem and we moved Chivu into the middle and put in Santon as the left fullback. It doesn’t look like its too bad, but we need to see how he is for the Juve game. If he misses it then he misses it. Injuries are a fact of life folks.

What did we do different between the two games: We have more support for each other on the flanks. We were communicating more with each other. We were setting each other up more up top. We were willing to sacrifice more for each other. That must have been some meeting they had after the Roma game. 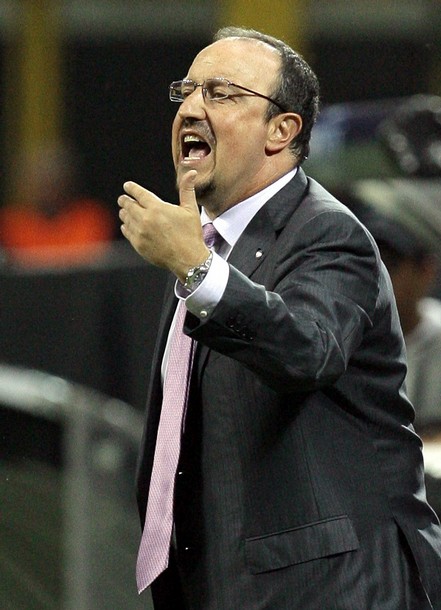 Look the difference in the two games can be summed up like this: Pressure. The Modern Game, if there is such a thing, is won and lost with pressure both attacking and defending. We pressured Werder with the whole team. The first goal was a turnover in the Werder half of the field. The second goal was a direct pass from the defense to the offense pressuring Werder's backline. The last goal was Obi winning the ball right at midfield. By pressuring at every phase of the game, all over the field we were able to be unpredictable and we were able to attack at whim. When we don’t pressure, we leave people open make that final pass on us and when teams play us they know they need to score on that chance.

4 Points after 2 games. You gotta figure 8 points minimum to advance. Last season at this point we were on 2 points and disappointed with the results.

Next up: We get to see if we have learned our lesson. Can we remember how to play? Or do we get another Roma… 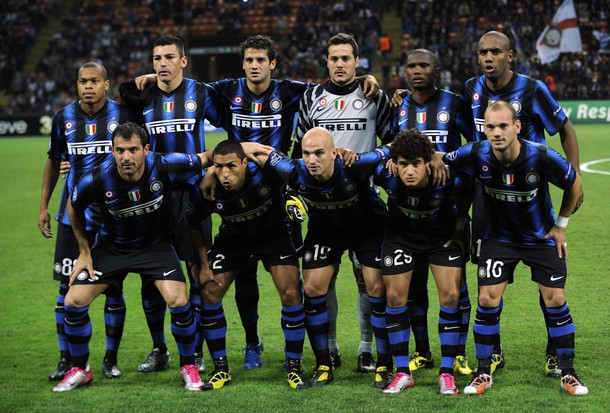