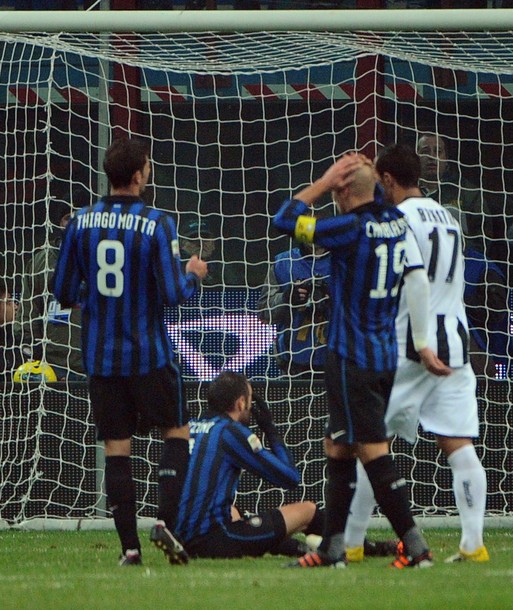 I don’t envy Ranieri his job. He has to try to win every game while at the same time he has to acknowledge reality: Inter are at a cross roads talent-wise.

He’s going to get criticized - wrongly I suppose - for this game, but really that’s the job of coach in the modern game, especially at Inter – accept all blame. The team isn’t very good right now and it doesn't have an identity. Nothing he can do will change that fact, but it annoys me all to hell. I don't want to be put in a position where it's perceived that I am defending yet another coach I don’t like personally. But it’s going to seem like I am defending him, mostly because I think that the team's problem starts higher up in the pay scale. Yeah, it’s been a hard season on all of us, including me.

I think I figured out why he put Naga in at halftime. I am writing this right after the game while the incredulity is still fresh, so I haven’t actually seen his post game interview. Here’s what I think: He put Alvarez in as starter because he hoped to keep possession and limit the Udinese break. But what was actually happening, was that Udinese were blowing right past him with the rest of the midfield and countering the shit out of us. So, Ranieri put in Nagatomo to add numbers and try to keep pace with the Udinese midfielders who were setting track records running against our midfield.

As it turned out, Nagatomo didn’t make any more of a difference in this regard than Ricky did. When looking at the goal, one should notice all too few Inter players in the picture as Samuel and Ranocchia tried to hold the line on their own. If were the first time it happened than bad luck, but unfortunately Udinese had these kind of chances in the first half too.

Welcome back Leonardo Era Playing where we abandon the defense to the attacking whims of the opposition.

This isn’t to say that we didn’t have our own chances. Milito and Pazzini both missed good chances in the course of play. Pazzini destroyed all the good that Cesar did in blocking yet another penalty called against us – we are almost at double digits by the way, just a few more will do it – by pulling a more embarrassing version of a John Terry in the Champions League. Motta missed a good chance and was denied what I thought was a slam dunk penalty in our favor – but then I remembered which league this was. Deki, it should be no surprise to learn, missed a shot over the goal from the top of the area with no one near him and space in front of him.

This would have been a higher rating except that Cesar almost blundered us into another goal when he took his eye off a routine save in the second half. Otherwise the penalty save was awesome and something of poetic justice. Here’s my beef – If Cesar sees that not enough defenders are back to cover then he has to start screaming at people to get back.

Does this rating seem too high? Here’s the thing, we all know that Udinese are going to counter us. We all know that Udinese are fast. Lately they have been able to combine that with decent passing and finishing by someone other than DiNatale. None of this is a surprise to me and I am some nobody half a world away from Inter Headquarters. How come all this looked like a surprise to the professionals in the blue and black striped shirts?

Considering the position that I have publically taken here on this blog, ironically, I am going to say that this would have been a good day to bring out Cordoba. Playing Chievo and Udinese while having Cordoba on the team was better because that tough little son of a bitch could stay with those small quick forwards unlike lanky Frog Boy and glacial The Wall. It might have been a good time to try Nagatomo as DiNatale’s shadow.

Anyhoo, Zanetti was a disaster, for the record he deserved his red even if the guy he was playing against most of the game deserved one too. By the way, if anyone was wondering, Ferronetti got a red for 2 cautions – a foul and dissent. Speaking of Naga, he was moved to the right in the second half so that he could cover the guy that was giving Javier trouble. Ranocchia was in the type of game that was exactly the opposite to his strength. Small, quick guys constantly moving at near the speed of light do not make a happy lanky Frog Boy. Samuel was a little better as he had the sense to stay back and try to keep alert for the long pass. Chivu looked oddly spry in the first but he faded early in the second and frankly it was all sound and fury signifying nothing. He and Zanetti needed to stay back more, bottom line since they don’t have the speed to keep up with their Udinese counterparts. 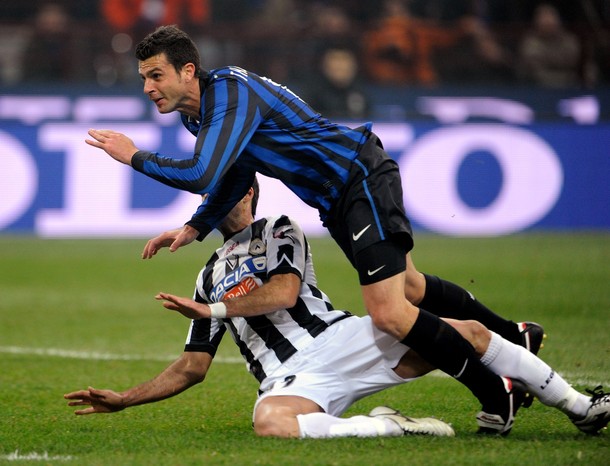 Want to know how we lost this one? Look right here. Udinese were able to cut through the midfield like a hot knife through butter anytime they wanted. There was nothing we could do to keep them from starting the fast break... er the counter attack. This was a lesson that we learned in the Leonardo Era – defense starts in the midfield. The only shining beacon of hope today – Marco Davide Faraoni. Before he cramped up he was able to defend his side of the field and also make a few strides forward. If I were the hopeful type the names Obi, Faraoni, Alvarez, Coutinho and Sneijder – assuming we came keep a hold of him. Am I saying that these guys are all starting worthy tomorrow? Am I saying that these guys are all going to be stars? No, but I think that they can maybe be contributors someday and it’ll be fun to see who starts to get it.

Look everyone was pretty awful, excepting Faraoni. Cambiasso was meh. I suspect that it was his mishit that started the fun that led to the goal. Motta made a nice run on the play that he could have gotten a penalty on – you know, where the defender took a swipe at the ball and missed everything except both his ankles. But he didn’t do much otherwise. Naga was no better than Alvarez when he came on – and that’s not saying very much as I didn’t think that Alvarez did a whole hell of a lot.

Bringing on Deki when there are options like Crisetig, Obi, Coutinho and Poli around is just baffling. Muntari would have been a better choice. This is the type of game he’s well suited for, very physical and not a real technical battle… you know?

Milito and Pazzini both missed golden chances. That’s right, chances plural. And then Pazzini missed the penalty. The job of the forward is to capitalize on those opportunities. They don’t do their job… well, we can’t have the midfielders bail them out all the time, can we? I mean at some point they are going to have to score if we are going to do anything here like… oh, try to climb up the table again. Milito I can almost see. He was worthless last season. But Pazzini is disappointing. He needs more service and we are missing Maicon and Sneijder – our 2 biggest assist generators. He also needs more help. Zarate just doesn’t seem to get what his role, yet.

We are going to need some reinforcement here in January. So for those scoring at home, that’s at last one forward who can take on defenders, a midfielder or two and at least a defender. Almost as badly though, we need to jettison the dead wood. When Mourinho took over we dumped 7 or 8 players from the payroll. I suspect that we are going to try to put a big dent in that payroll before we reinforce. There are already offers on the table for Muntari. I see 3 or 4 more players going out on loan. Those out on loan appear to be moving permanently, like Pandev.

The table doesn’t look great, obviously but only Fiorentina have a chance to hop over us if they win so really we risked 1 spot on the table by losing today. We still have a game in hand. And if it’s any comfort – it wasn’t to me but your mileage might vary – there are a lot of teams that are going to lose to Udinese so it’s not a real terrible loss. Not like the Novara one was. That was a terrible loss because everyone going to beat them. There are a lot of points still to get in December but I am hopeful that we can hit 10th place before Christmas, tenth place in my personal hopeful goal. Right now, 15 points is 10th place. We have 14, so we are right there. 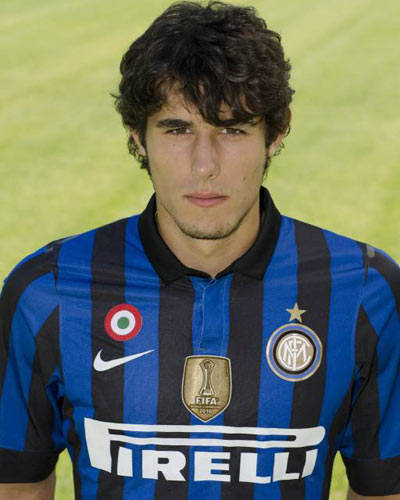 Forget it. No one was worthy, although this was Faraoni’s starting debut. 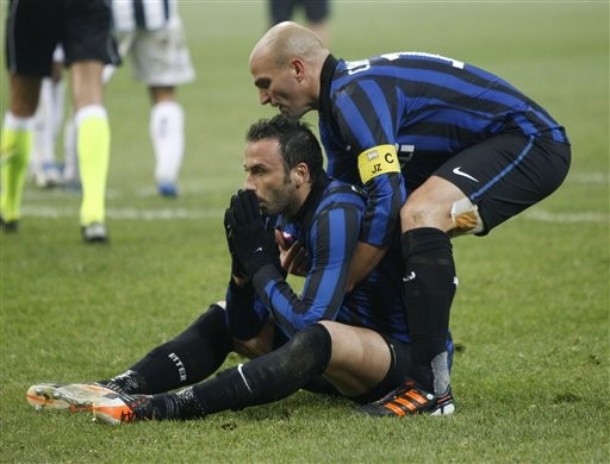