INTER-national Round-Up: Is it Safe To Look Yet?

Share All sharing options for: INTER-national Round-Up: Is it Safe To Look Yet? 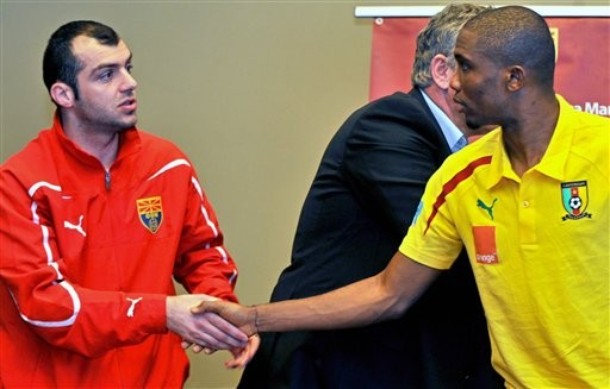 I loath international friendlies. With a passion. I understand that it is an honor for these players to get called up for their national teams, but the thought of them getting injured for a bit of fluff nothing game just about kills me. I end up watching the matches between my fingers, my stomach roiling, and cringing every time another player even brushes one of our boys. Nerve wracking is an understatement. This time, Inter had 11 players go out - which is almost all the healthy players we have at the moment - and so help me, there better be 11 healthy players coming back.

As I said, Inter had 11 players go out for national games (which is low for us): Julio Cesar, Kharja, Cambiasso, Zanetti, Sneijder, Thiago Motta, Pazzini, Ranocchia, Eto'o, Pandev, and Obi. For the most part, they did pretty well.

You will notice that this list includes all of our working strikers. That was a worry. Right now, it seems that all three have come through unscathed, and, hopefully, not too tired. All three only played a half or so (Eto'o played 55 minutes, but who's counting) so should be in good condition for this Sunday. 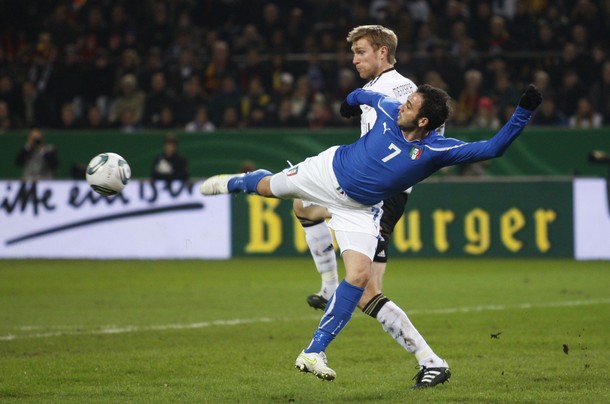 Pazzini didn't have a stellar half, La Gazzetta gave him a 5.5

Our midfielders got played a bit more, about 65 minutes on average. Obi made his senior team debut, and did brilliantly earning himself a standing ovation! Thiago Motta was well received in the press and was among the highest rated by La Gazzetta (6.5). Sneijder also did very well, scoring a goal for the Netherlands. There can be no doubt - he is back. As for Kharja, he also played about an hour and I guess did ok. He isn't injured and he didn't make any monstrous mistakes, so I am happy.

Which brings me to Cambiasso. Sky put out a report saying that he had to leave the pitch with muscle problems. This has not been confirmed by the club or any other news source. I saw him take a knock during the game, but he got back up and played so I thought everything was ok. I didn't see his substitution, though. I will keep everyone posted. 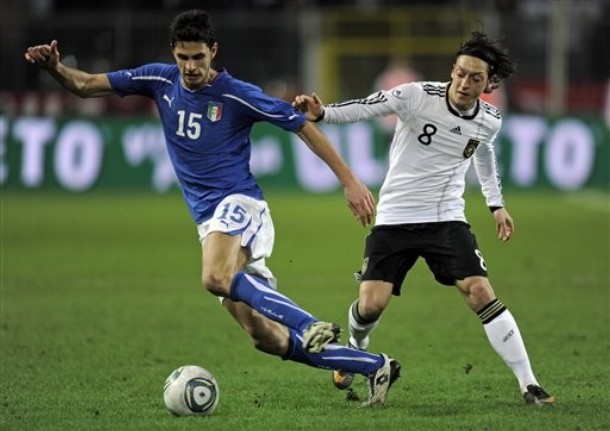 Poor Ranocchia, he had to contain the Divine Umlaut.

Our defenders got a much tougher workout. Ranocchia and Julio Cesar played whole games while Zanetti got about an hour. Ranocchia got glowing reviews from La Gazzetta dello Sport (the word "elegant" came up); they gave him a 6.5 as well. Julio Cesar, while not keeping a clean sheet, did enough to impress the Brazilian press. I'm just glad he didn't hurt himself. As for Zanetti, I only saw part of his game, but, as one would expect, it was good.

So, I think we may just have done it. I think Inter may have successfully played another round of International Friendly Injury Russian Roulette. I know, Cambiasso is still in the balance, but I am going for the optimistic approach (or is it denial?) and say that no news is good news.

At least, it better be because we have Juve next. 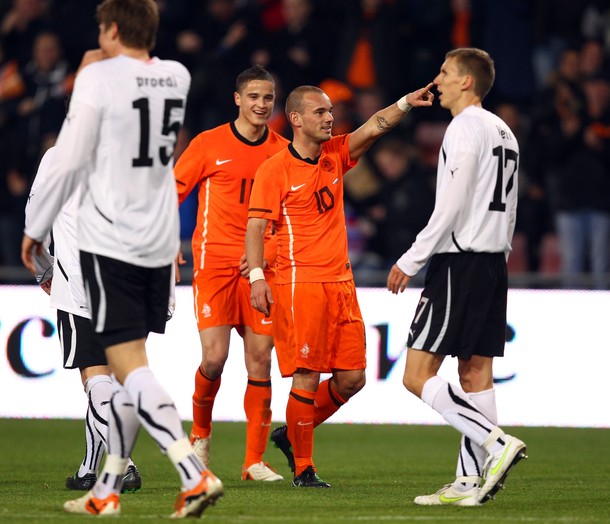