Juve v Inter: We Can Because We Think We Can

Share All sharing options for: Juve v Inter: We Can Because We Think We Can 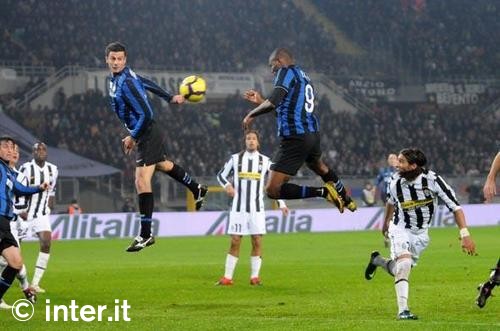 Yep. It is that time of year again. Time for all that is good and right with the world to be challenged by the forces of darkness, otherwise known as Juventus (cue the scary music). Now, this isn't a fairy tale - there isn't a guaranteed happy ending for the good guys, but it is sure to be an epic battle. One you would have to be crazy to miss.

What: Juve v Inter
Where: The Belly of The Beast (Stadio Olimpico, Torino)
When: Sunday, February 13, 8:45pm local time (11:45am pacific, 2:45pm eastern)
How to Watch: Live on Fox Soccer Channel, live on these other channels, or find a stream (MyP2P, Rojadirecta, Ustream, and ATDHE.me
Liveblog: How could we not? Be here 15 minutes before kickoff to join the fun.

Earlier in the season, when they came to Milan, I did a bit of history in my preview. I wouldn't want to be redundant, so if you are interested in what all the fuss is about, why the animosity, why the rancor, check it out. Let's just say for now that it didn't all start with Calciopoli and leave it there. 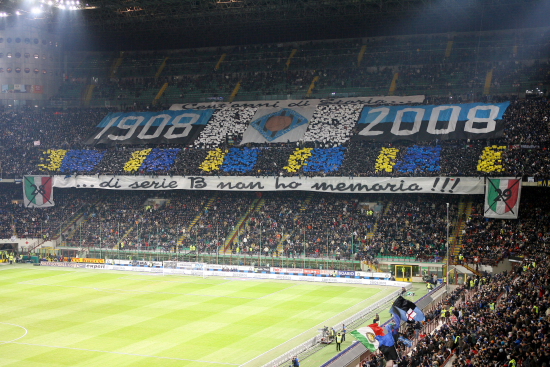 Not the beginning of the rivalry and for sure not the end.

As for Inter and Juventus on the pitch, these two team have played each other a whopping 212 times. And, over the years, Juventus has won the majority of the games (92). In fact, the only competition where Inter has the clear advantage in the number of wins is the Italian Super Cup. But then, we only played the one game which we won by a goal to nil in overtime (grazie Veron).

When it comes to Serie A games at the Olipmico, Juventus hardly ever loses. Out of the 91 meetings, Inter has only won 14. Sure, we have drawn an addition 17, but the statistics are overwhelmingly in Juve's favor here (60 wins, 159 goals scored to our 73). A more cynical person would point out that we all know why that is, but I prefer to focus on the future rather than the past. It seems to me that the fact that a win for Inter at the Olimpico is so rare just makes it all the sweeter when we actually win. Like I hope to do on Sunday.

Along that vein, instead of dwelling on last season's loss (no matter how good Machisio's strike was, Vinod), I thought I would put something up a little more inspirational:

Full disclosure: Juventus brings out the worst in me. I try to be nice, to be the better person, to rise above the petty and childish, but somehow, I just find myself lashing out like a right fool. As such, I wont spend too much time on them. If you are interested, I direct you to the Juventus board here on the Offside. It is extremely well run and quite popular.

Juventus enter the game in 8th place with 38 points. They have conceeded 30 goals (which is only slightly worse than our 27) while scoring 40 (which is only slightly worse than our 44). They have been going through a bit of a rough patch, only winning 2 in thier last 5. Still, they have regained some injured players and bought a new striker who can actually score goals so things may be turning around for them. (I cant believe how long it took for their muckity mucks to realize Amauri is crap. I could have told them that two years ago.)

Anyway, whatever their position on the table, they will bring it against Inter. Everything. All of it. Without a doubt. 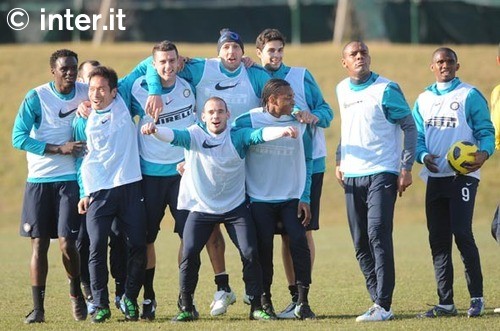 Leo has called up 20 players:

While Stankovic and Mariga have been making a quick recovery, it wasn't quick enough for this match. Look for them on the Fiorentina list. Lucio is a bit behind them. He is hoping for a return in time for the Bayern game. Samuel.... well, best not to think about him. Same for Chivu. This is match 2 of his ban. I guess that just means he will be raring to go for the Champions League.

Milito is in Argentina for 10 days for a bit of a rest and some time with his family. He will also see a specialist for the national team and do some rehabilitation. Thiago Motta said Milito was depressed and was not himself any more, so this is probably a good thing. I think he is hoping for a return in time for Bayern away (that would be March).

Everyone who anyone has been stressing the importance of this game - for both teams. Earlier in the week, Materazzi apparently took Nagatomo to task (in a jokey sort of way) for missing a sitter in the training match, saying: "he has to understand what it means for us... Juventus-Inter."

Sneijder couched it more in terms of table position, saying only that a win was necessary to keep pressure on Milan and Napoli.

Julio Cesar sees the game much like Wes, saying:
"the match we have to win. We want those three points in order to send out another signal to the teams that are ahead of us in the league. It's obvious that this is a particular match, because it's the Derby of Italy. But I'm considering it like any other match, where the important thing is to come away with the three points."

Ranocchia, in his interview in today's La Gazzetta, was a bit more specific. He has a predicted a 1-2 win for Inter, with Toni scoring for Juventus. He also said that Krasic was the one player he would like to cut from their team, but "with Zanetti we are calm."

Pazzini shares his belief, saying: "We can expect a tough match, but Inter will go to Turin to win."

And as for who exactly will be doing the winning for Inter, I think La Gazzetta has it exactly right:

We need Zanetti's defensive abilities there on the left to help with Krasic. Of course, he will be missed in midfield, but Kharja says he has been specifically working on covering for Maicon (I cant find the link, just take my word for it). Personally, I prefer Cambiasso in the center of the pitch in front of the defenders, but he and Zanetti have an almost telepathic link, so maybe it is better for him to play wide when Zanetti is in defense. All and all, this is nearly the best Inter has. I think we will miss Lucio in defense and Stankovic in the midfield, but Ranocchia is growing game by game and Cordoba is not totally out of it yet. So ya, I like this line-up just fine.

Oh, and since you all are too good, no GIPATI this week. I just got all the certificates out for last week's game and there were so many it took almost an hour! They will resume when there are more players to choose from - it is just too easy now. Sorry if I have dashed anyone's hopes. I suppose you can still earn the title of Grand Imperial Poobah of All Things Inter, but I dont have time for certificates right now. 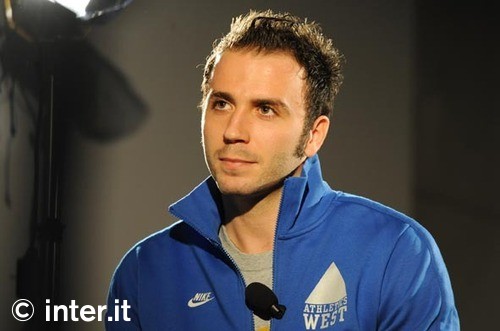 Pretty Pazzini, score some goals for us!

Whether this game will be decided by the forwards or the midfield, or even in defense, it will, in the end, be 11 against 11 and it will be the team who wins. Personally, I like Ranocchia's attitude: all that matters is that we score one more goal than they do. For those of you who need a bit more, here are some nice motivational quotes:

Our greatest glory is not in never falling but in rising every time we fall. -- Confucius

Victory belongs to the most persevering. -- Napoleon Bonaparte

So, lets rise up from this place on the table and be the most persevering dog with the biggest fight. Let's take this game and these points and give answer to Milan (who is absolutely hammering poor Parma as I write this). Inter may be down but we are not out and, with the right sort of determination, belief in ourselves, and a tiny bit of pixie dust, we can make a real race of this season.

Oh, and I almost forgot, please give a great big Nerazzurri ¡Hola! to The Offside's new Spanish language Inter Blog. If you happen to speak (or read) Spanish, go on over and check it out.

And now something to get us in the mood: