They Call Him Mr. Fenomeno

Share All sharing options for: They Call Him Mr. Fenomeno 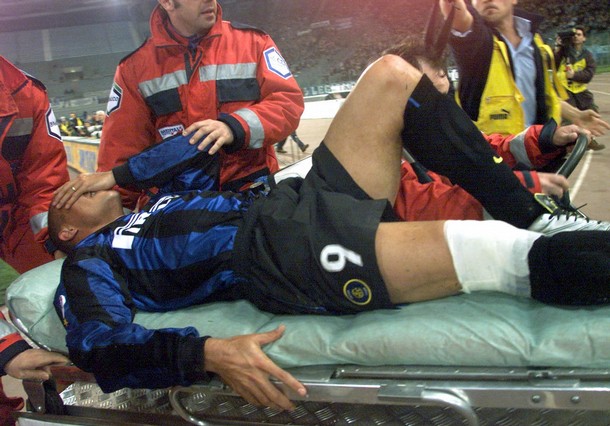 I know that I am a little late on this, but I wanted to make sure that something went up here about the newly retired Ronaldo Luís Nazário de Lima.

Ronaldo was a huge figure to come into the Inter society in the 1990s. In many ways he was a declaration of intent from the relatively new President Moratti in the 1997 – 1998 season that he would spend to support the club and that hopefully the doldrums of the 90s would soon make way to better times in the 2000s. Ronaldo was already a monster striker for PSV and Barcelona, even if he had only spent very short stints at both and he was already a World Player of the Year for 2 years running before he joined the new project going on at Inter. 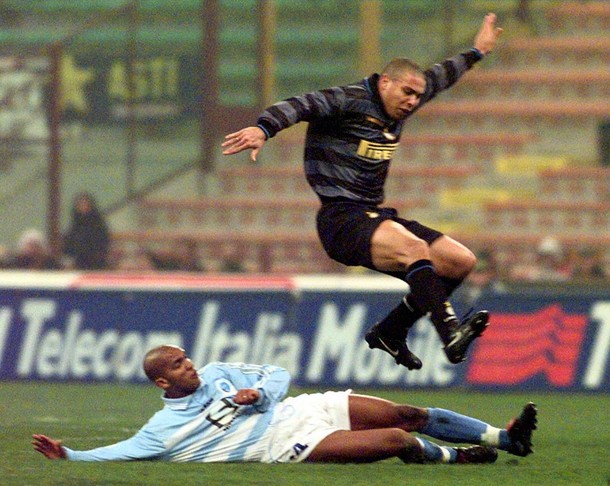 After playing almost 100 games with Inter Ronaldo limped off the field during a game against Lazio in 1999 and needed several knee operations. He would come back for Brazil in the 2002 World Cup right before he would transfer to Real Madrid.

Many Inter supporters would be unhappy with the treatment that Ronaldo gave their team, who stood by him and continued to pay him as he worked his way through his knee problems only to see him go on to Real Madrid and later to Milan. But it seemed that he always carried a sense of new beginning at Inter and despite his departure many Inter fans still remember that feeling from the end of the 90s that soon things would turn around.

Inter signed him for @20 million € and would sell him on to Madrid for @40 million €. Ronaldo scored 59 goals out of 99 games, helped bring in the 1998 UEFA Cup – Inter’s third - and brought in an uncountable number of supporters to the Italian team.

This is a long one: 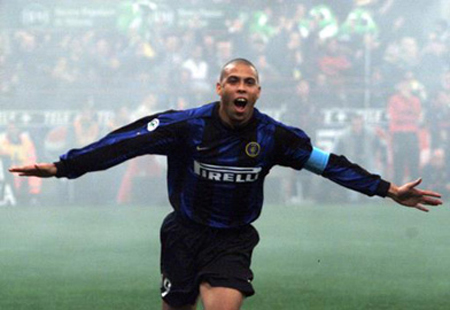 Thank you for the memories and the excitement