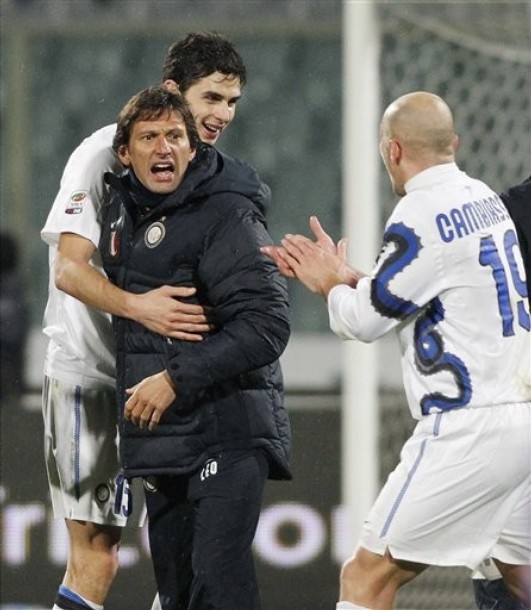 I had no idea which Inter was going to show up today. I was worried that the team who squanders its opportunities would show up rather than the one that had bite against Palermo and Roma.

As it turns out it was the team that was somewhere in between. The first half team was a little disjointed and had no shape. In the second half the team was methodical in it's attack and much more deliberate in defense. Players like Ranocchia and Kharja really stepped it up.

Cesar: The goal allowed was very weak. Cesar was clearly distracted by Gilardino flashing before his eye. It’s hard to blame him for that. It was a bit of a fluky goal. 6.5

Maicon: Maicon looked a little slow today. He missed a hell of a chance in the second half. Others had to cover for Maicon quite a bit today. 6.5

Ranocchia: FrogBoy defended everything that came his way today. If the ball was within his range he got a foot or a head on the ball. He had a hell of a second half. 8.5

Cordoba: Ivan had a decent game today, but there were a couple of a screw ups today from his side of the field. 6.0

Nagatomo: I thought that Nagatomo did very well today. He attacked with a lot of speed and often got past his man to put a cross into the area. He also was very quick and tenacious in defense. It was too him that Eto’o was passing the ball to when the ball was accidently deflected into the net. 6.5

Zanetti: I didn’t think that Javier did a great job as a midfielder but I thought that he did very well as the left fullback. 6.5

Cambiasso: Cuchu was much better in this game than the debacle he showcased on Sunday. He was playing his usual position as a midfield sweeper and he was obviously very comfortable there. He looked like he could have scored on a header if it wasn’t for some “jostling” on a Sneijder free kick right in front of the goal mouth. 6.5

Deki: I didn’t like Deki’s performance today. I know that it’s his first game back from injury and he needs to be on the field to get back into rhythm but I am happy that his poor performance didn’t end up hurting us in the end. 5.5

Sneijder: Not a great performance by Sneijder either. I really don’t have a whole lot to say because I don’t think that he did a whole heck of a lot positively today. 6.0

Pazzini: He scored a heck of a goal – the only nice one on the day. During the LiveBlog that InterKabir was nice enough to host it was mentioned that he had good movement. I agree. He gets bonus points for not celebrating. 7.5

Eto’o: I posted in the comments section of the last post that Eto’o moving from the right to the left to take advantage of that fullback’s tendency to attack more was the key to the game, according to Beppe Baresi. His first goal was kinda crappy with the deflection of the pass. 8.0

Fiorentina is a very tough team to play away for us and today was no different. Actually I think that all our trouble came when Ljajic entered the game. It seems like Mihajlović tried to put Ljajic on whatever side of the field Zanetti was on to take advantage of the speed difference. In the first half that worked out for them because with Maicon forward Zanetti had to try to catch up to Ljajic starting from behind him in the midfield. 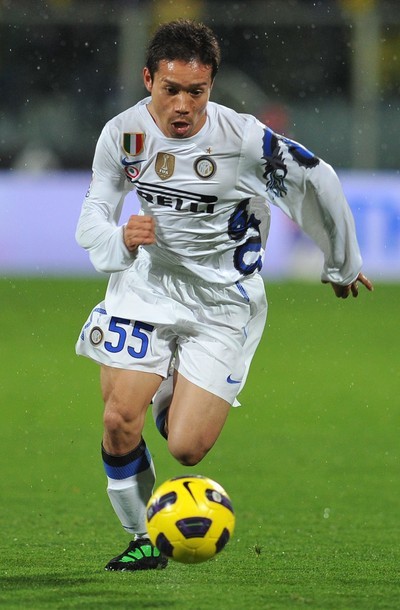 After Zanetti was switched to left fullback he was able to defend against Ljajic from a much better position, deeper in the field. It might have been for the best to introduce Nagatomo in small chunks for everyone - including Nagatomo - to get used to each other.

On the other hand, all our joy came from Eto’o attacking from the right behind the area that Pascual was leaving open when he went forward. Actually, Camporese had the game that most professionals would like to forget as the 18 year old was also unlucky enough to put the ball in his own net inside 10 minutes and he was, while covering for Pasqual, schooled by Eto’o right before the ball was crossed to Pazzini for the goal.

All that being said, like the game against Juve, Inter played a very poor first half only to really pile on the pressure in the second. It would be nice for the team to put together a complete performance but that isn’t looking too likely with the continuing injuries plaguing the defense and the midfield. We need Deki and Mariga to step up and get their feet on the grass. 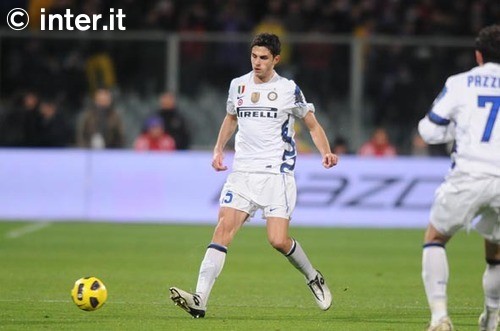 Not bad for the Birthday Boy

I don’t think that there is any doubt about who has the best player on the field from start to finish was. Honestly he’s going to be quite an amazing player if he can continue to play up to this level in the future. The MIPOG award goes to Vinod and Nerazzurro. 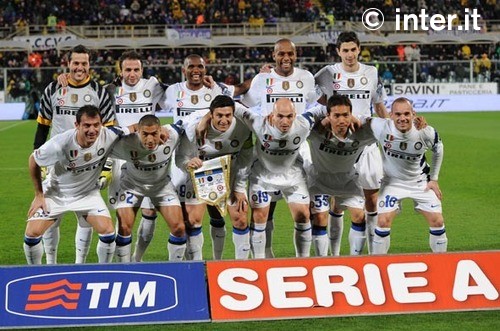