Inter v Cagliari: All Aboard the Express Cagliari

Share All sharing options for: Inter v Cagliari: All Aboard the Express Cagliari 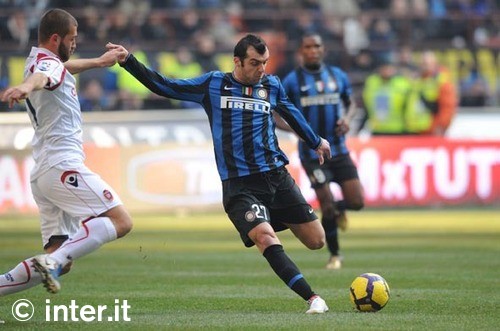 I know, the title is nonsensical, but I have had that Love and Rockets song stuck in my head for days and it is manifesting itself all over the place. Anyway, now that Inter has finally caught up with the rest of the calcio world, everything from here on out is a flat out race until May. The next hurdle is a perfectly affable Cagliari made taller though Inter's fatigue and unceasing injuries. Even so, Inter has no room to drop points so jump it we must. At least we dont have to drag our rears to Sardinia.

What: Inter V Cagliari
Where: San Siro, Milan
When: Saturday, February 19, 8:45pm local time (11:45am pacific, 2:45pm eastern)
How to Watch: Live on Fox Soccer Channel and these others, or find a stream (MyP2P, Rojadirecta, Ustream, and ATDHE.me)
Liveblog: I would expect so. As usual, be here 15 minutes before kickoff to join the fun.

Cagliari is a scrappy team but they dont often win at the San Siro. They have traveled to Milan 31 times for league matches but they have only gone home winners 5 times. Inter and Cagliari have drawn an additional 7 times, but usually, Inter win (19 times). In fact, Cagliari hasn't won this match since 1995, but then, maybe they are better now. Anyway, last February, when Inter was soaring, the comfortable 3-0 win took us 10 points clear. Oh what a difference a year makes.

First off, if you would like to know what is going on with Cagliari, check out Jeremy's preview over on the Cagliari board.

Cagliari currently sit just north of mid table at 9th. Interestingly, their stats are all divisible by 5: 35 points, 10 wins, 5 draws, 10 losses, a goal differential of 5. It's sort of creepy. At least their goals for and allowed (32 and 27) jinx the pattern. If it didn't, well, spooky. (It just gets stranger and stranger: check out Abaddon's comment below.)

There was much speculation that Cagliari would find it hard to score without Alessandro Matri (he was their high scorer with 11 goals), but Nenê and Daniele Conti seem to be doing ok. They thumped Chievo last week 4-1 without Matri. Somehow, I think they will muddle through. Besides, now there is more room for our old friend Bobby Acquafresca. For sure he likes to score against us (I think he still is carrying a torch for Inter - I think we broke his little heart).

Other players to watch out for are Cossu (he has assisted in practically half their goals) and Biondini (I think he is underrated, but that could be because I am partial to redheads).

For Pete's sake, dont crush Tiago Motta, we need him!

Leo has called up 21 players:

While Lucio had hoped to be ready for this game, but he isn't quite there. Luckily, Ranocchia and Cordoba seem to be finding an understanding. Chivu is still suspended, but this is his last game out. Sneijder picked up a little knock at Florence and is showing signs of fatigue, so he sits as well. Yesterday, there were rumors that Cambiasso would rest as well, but there he is on the call-up so I guess not. Leo seems to be taking the same line as Mou did last year: all competitions are important so if you are fit you play. Still, it might be nice if Cuchu doesn't have to do a full 90 - he seems a bit tired. Milito is still in Argentina. I think. 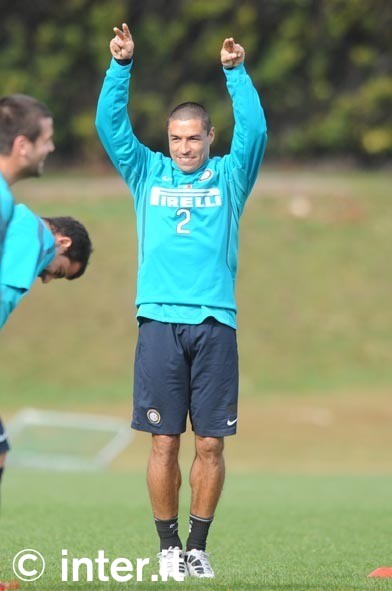 Leo's press conference was a bit more subdued than his last. He reiterated his love of attacking football - how important it is to make goals. He agreed with the journos that Ranocchia is doing quite well, but also praised Cordoba (who played injured) and Pazzini (who played with a fever without telling anyone about it). He then went on to praise more of the squad (Zanetti, Cuchu, Deki, Materazzi) and in general and how much he loves him some Inter. He thinks the team is doing quite well and he is generally happy with how things are going. Oh, and the normal stuff about how the other team is good and we have to be careful bla bla bla...

My only question is... How on earth is Leo so tan in the dead of winter?

Hokay. Last time I consulted MAD's Guide to Winning the Scudetto, it said that this is a game we need to win. Last year proved that most of these guys are capable of playing twice a week at the highest levels, but then, that was last year. This year, things seem to be playing a bit differently. Hopefully, players like Coutinho, Obi, and Mariga can step in and allow some of the starters a little breathing space without dropping too many points. Or maybe not dropping any points at all (wouldn't that be nice). I know that there is a very important midweek champions league game that I am sure is weighing on everyone's minds and all, but I expect full concentration. A loss would really put a damper on my weekend. I am not greedy, I dont require a 3-0 win, a simple 1-0 would suit me just fine. Three points and a clean sheet, what could be better?