It is award season in Milan and that means the San Siro Gentleman awards in Milan. Now, this is (IMO) a sort of goofy afair - sort of like the end-of-the year awards in High School or something - but hey, a trophy is a trophy. For those of you who dont know, the San Siro awards are Milan-based "annual prize-giving ceremony rewards Inter and AC Milan players who have distinguished themselves with their class and sportsmanship, on and off the field. " There are a number of categories and a member of each team is awarded for each category, as decided by fan votes. They throw in a little dinner, a little gala, and, well, you get the idea.

The four Inter players who won this year are:

Javier Zanetti - Gentleman FC Internazionale 2010/11. I think he has won a fair number of these things. He probably has at least 5 or 6 of these things. Given that they only started in 1996, that isn't too shabby.

Dejan Stankovic - Gentleman Best Goal FC Internazionale 2010/11 for the strike against Roma (see below). I think the volley against Shalke was pretty amazing as well.

In a related story, Andrea Ranocchia picked up the Armando Picchi award for Best Italian Under-23 Defender in Serie A 2010/11.

Kudos all around, boys.

Oh, in case you were wondering, Eto'o and his wife spent their time off at the Cannes Film Festival. Boy, those are sure some cheekbones. 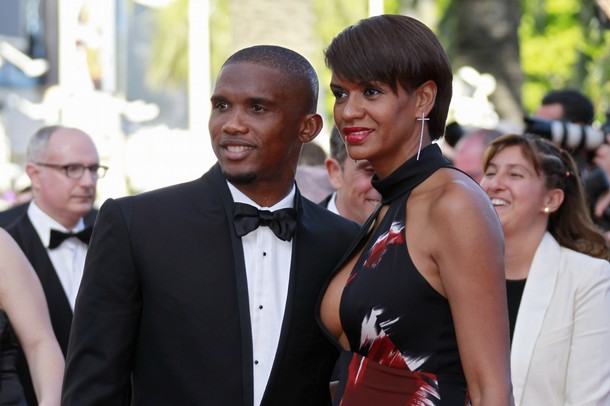