Share All sharing options for: Inter Tidbits and Tasty Morsels 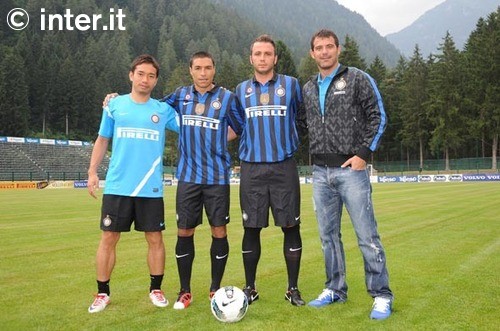 Besides this summer's telenovella comprising largely of Sneijder's will-he wont-he (we need at least one a year to keep fans on their toes), so far things have been pretty easy-going. We have picked up a couple promising young kids and training seems to be progressing without a hitch. Still, there is always something to talk about so lets get at it.

New Maicon? Well, he has the right hair cut at least.

First, lets say hello to what appears to be our newest player: Jonathan Cícero Moreira aka Jonathan. He comes to us by way of the Brazilian side Santos, and is the the self-proclaimed heir to Maicon (well, this goal certainly looks like something Maicon would do). I guess that the papers haven't actually been signed, but the fact that he is training with the club shows that things are really all but done. I think he will cost about 5 million - not bad when you look at how much Italian fullbacks are going for.
He spoke to the press today from Pinzolo:

"I hope to have some great times here. I know I'm arriving in a team that already has other Brazilians, who are away on international duty at the moment. I'm here to do my job and put everything I've got into it. I want to prove my worth every day in training during the week and on matchdays, so that the coach Gasperini can pick me and use me... I've always heard that Inter are a fantastic club, with everything they have won and considering the league they play in. I was sure it would be very good for me if the deal went through. Thanks to God I've made it to Inter..." 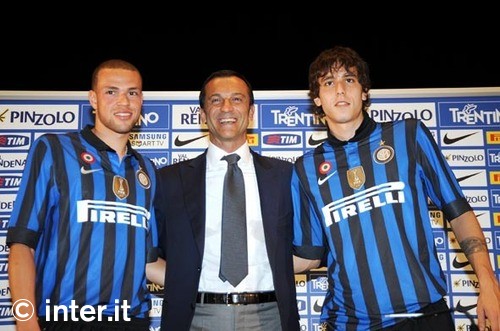 So, with the new kids coming up, Castaignos, Alvarez, and now Jonathan, it is pretty clear that Branca is going to need to do a little selling. Boy, it would sure be nice to find a new forever home for Nelson Rivas. Unfortunately, there has been not the slightest breath of rumor concerning him. Mancio's last whoopsie lives on. 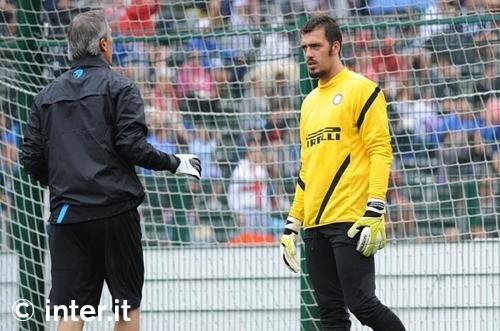 Viviano still has his vacation beard... or is it pirate day. Argh me matey.

Rumor is Genoa is still interested in Viviano. The latest is that he will be offered on loan with a right of redemption. In return, Inter will get Palacio at the cut-rate price of 6 million euro. I still don't understand this Palacio obsession but I will bow to Branca's superior knowledge. I still hate his hair, though.

Muntari also looks to be on the block. Galatasaray are still interested as are Spanish side Real Sociedad. I have always had a soft spot for Sulley but I see how he may be surplus to our needs right now. I hope he goes someplace where he can shine. With deep pockets.

As an aside, Galatasaray are also still interested in Cambiasso - like for crazy money. But that would be like selling your arm. Insane. Not even worth thinking about. 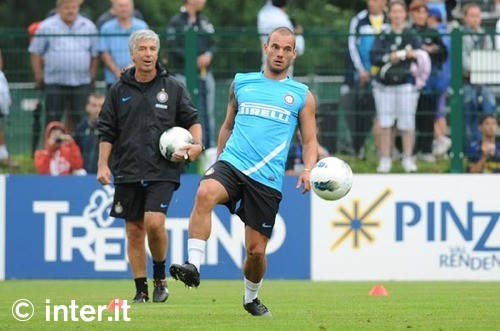 This summer's leading man in As the Transfer Market Turns.

I refuse to get sucked into the Wesley drama. Every summer I spend far too much energy worrying over this player or that player - well, I am finished. My personal thought is it would be stupid to sell him - even for a boatload of cash. We would have to replace him with someone just as talented who would be accordingly expensive... why not just keep what we already have? We love him, he loves us, leave well enough alone. Still, the club works in mysterious ways and whatever will be will be (thank you Doris Day), so we might as well just take a deep breath and let it play out. 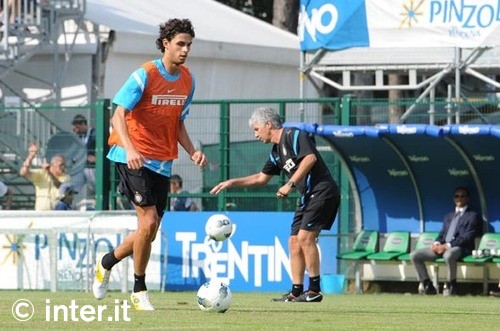 New coach Gasparini will have his first test tomorrow - well, to be fair, it is more of quiz. Inter will play a friendly against a team comprised of local semi-professional players tomorrow (Thursday) at 5pm local time (8am pacific; 11am eastern). The game will be shown on Sky Sport Italia so there may be streaming options (try here). According to those in the know (that is,they have been watching the practices), the starting 11 may look a little like this:

I think it is fair to say that the whole Calcio world will be looking over Gasparini's shoulder tomorrow to see what he comes up with. Remember, we have a real, actual game against our arch rivals in just over three weeks. There isn't much time for him to whip our poor team into shape. Go Go Gasparini!