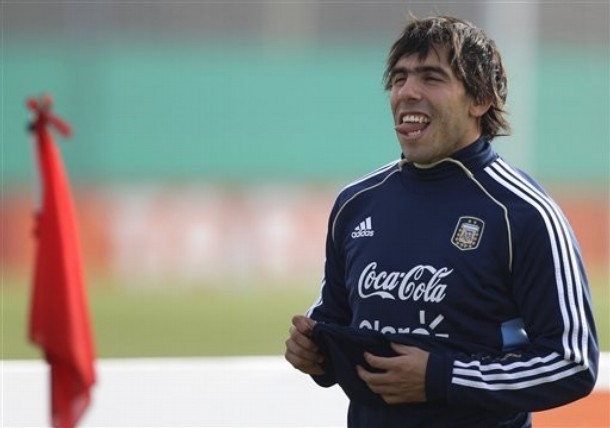 Because that is the latest rumor.

So where is an extra Argentinian to go? Why Inter, of course. Well, there is some talk that he may be going to Real Madrid and The Sun said the Juventus offered £45 million (yes, pounds) for him but were told that his card would cost £50 million. (!!!) There was also supposedly a £35m deal with Corinthians that fell through due to how the bill was to be paid (or so says ESPN).

When Tevez was brought up before, Branca was absolutely clear that Inter could not afford his wage bill, let alone the enormous transfer fee Manchester City were asking. Imagine my surprise, then, when I read that Olé was reporting that Carlos was on his way to Inter! Apparently this originates from a reporter who was told by "leaders" at Manchester City that Tevez would "surely go to Inter."

The rumor is that he would come on loan with the right of redemption, sort of like the Ibrahimovic deal at Milan. Which is sort of strange considering Manchester City just made a big deal in the press saying that there would be no discounts for European clubs. The price will be £50 million. They were willing to let him go to Corinthians at a bit of a discount because Carlos really really wanted to go back to South America, but now that the deal has fallen through, the price goes back up. Seems to me, a loan would be a price break. Besides, Inter would still have to pay his salary (which I think is something like 10 million but I could be wrong).

And then there is the crazy. Sir Alex Ferguson said that Carlos told him back in 2009 that he wanted to retire in 4 years (that is 2013). Recently, a "spokesman" for Tevez said that he has no plans to retire and there was never any conversation with Sir Alex. Okey dokey. 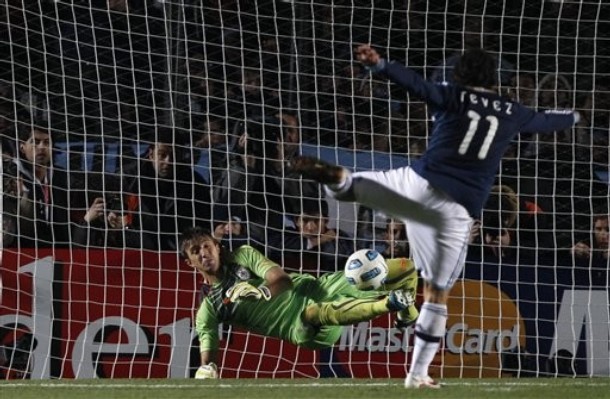 The fact that Muslera saved his penalty did not endear Tevez to the Argentine fans. Uruguaians, though, like him just fine.

Why Milan? One of the main reasons Tevez has said it isn't working out for him at Manchester City is because he misses his kids. He has two daughters who live in Buenos Aries with their mother. He wanted to go back to South America to be closer to them. Last time I checked, Milan is not significantly closer to Argentina than Manchester. And it isn't like we don't already have a giant stack of forwards right now (Pazzini, Eto'o, Pandev, Castaignos, Milito). Who is going to make way?

Pandev has already said time and time again that he isn't going anywhere. Not to Genoa, not to Roma. He is staying at Inter. Period. So I guess that leaves Milito out in the cold then (he is older and makes more money than Pazzini and no one is selling Eto'o). Preziosi has always been clear that he would welcome The Prince back to Genoa with open arms, but could he afford to pay Milito's wages? Or a transfer fee anywhere near his real value (17 million). Plus, it would just seem so heartless and cruel to cast our beloved Milito away for an unknown quantity like Tevez. Sure, he scored a truckload of goals in the EPL (or BPL or whatever), but as history has shown us time and time again, English glory does not translate well into Italian.

Here is the deal: I know Tevez is talented. No question. And he is like five years younger than Milito, but I am emotionally attached to Diego and I don't see Carlos to be a huge step up from an in-form Milito.

Of course, this is all hypothetical and purely speculative. Rumors, only rumors. But still... Who would you pick?

Just in case you have forgotten: