Look What We Got at the Market!

Share All sharing options for: Look What We Got at the Market! 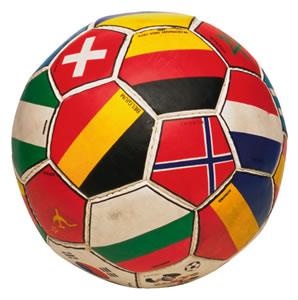 Looks like Marco Branca and company took a little trip to the football player market and brought home a couple beauties. And it isn't over yet. Just think what the next 48 hours may bring.

First, I would like to extend a huge Inter-Offside welcome to Diego Forlan, he of the Divine Abs. True, he may be on the wrong side of 30, but he is the real deal. And anyone who watched the Copa America this last July can tell you there is still gas in his tank. Oh, and as an added bonus, he comes ready made with his own theme song. He is a steal at €5 million. 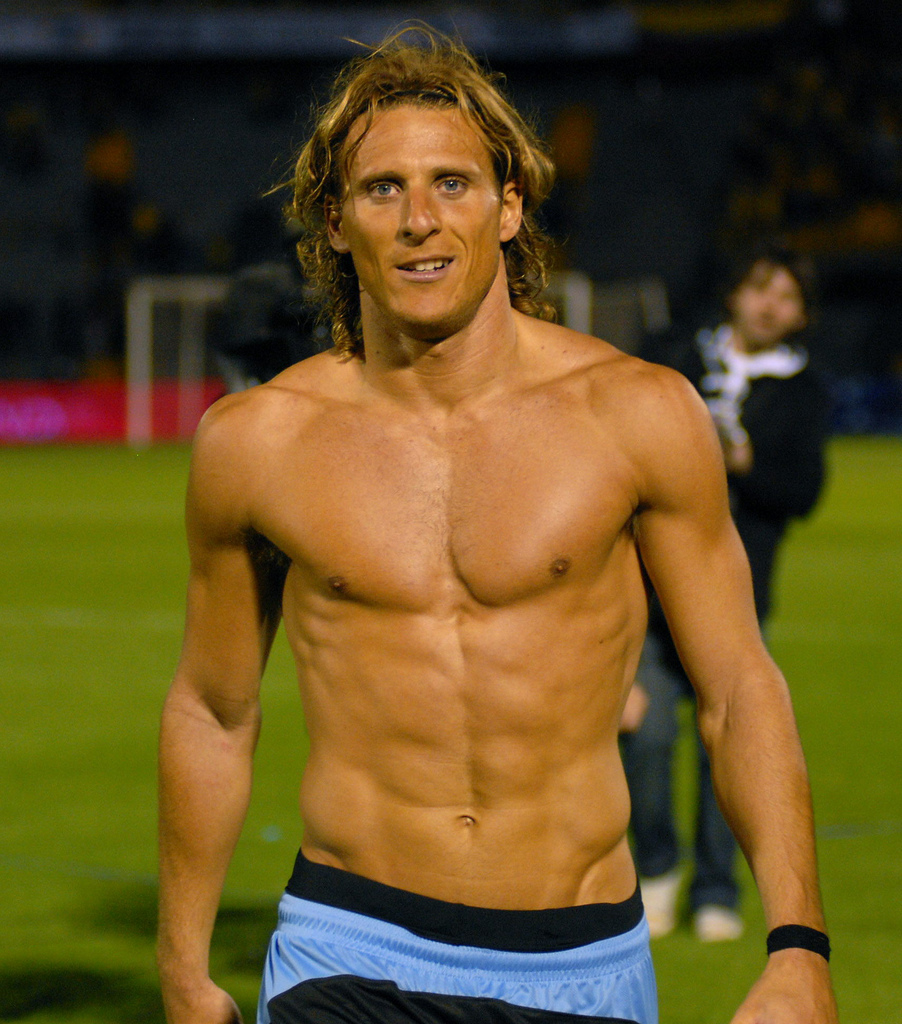 How can anything this beautiful not be a good thing? Plus, he can cut glass with his cheekbones. Very handy!

Next, a Nerazzurri howdy-doo to our new boy Andrea Poli, the latest to flee the sinking Sampdoria. He is a nubile 21 years old and comes to Inter on loan with an option to buy. Just in case, he already signed a 5-year pre-contract (sort of like a promise ring, I guess). Personally, I dont really remember this kid but a lot of vultures have been slavering over him since Samp went down so I guess it is a bit of a coupe that he is now at Inter. I sort of wonder how much we promised them should he work out. 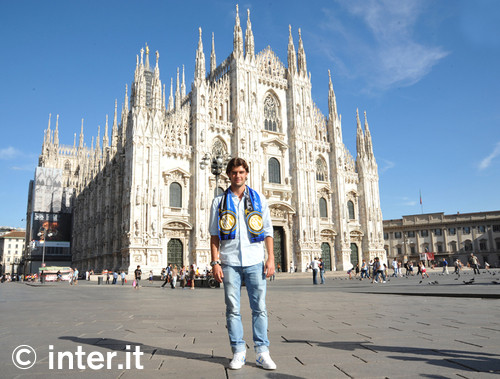 I know I am supposed to be looking at Poli, but I cant help but marvel at how great the Duomo looks since it has been cleaned.

Going the other way, nothing concrete but there are some promising rumors to cling to.

First, according to Muntari's own tweets, he is in London right now (follow him at @Mr_muntari) and the rumor is he is in talks with Fullham. It would be a loan deal which means Inter get no cash, but they dont have to pay his salary either. His contract expires next season so there will be no money on the end of the loan. I am still a bit miffed he turned down the Turkish team (Galaralalala whatever), there was some real money attached to that deal. Oh well. You win some, you lose some.

Sadly, Davide Santon may be on his way out. His agent says that negotiations are under way with Newcastle United. I know that we all have great affection for the boy, but he has to go where the minutes are. Also, Gasp has had a couple months to evaluate him now, I have to think that if he was as good as we all want him to be, Branca would not be thinking of selling him on. Besides, has anyone taken a look at the squad list recently? We have 14 defenders listed. That is like 6 too many, someone has got to go. 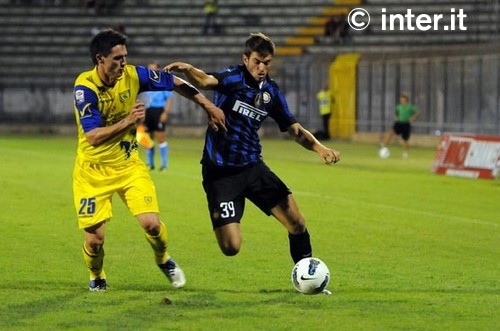 Il Bambino is all grown up. Too bad it doesn't seem to be working out for him so well.

Oh, and you are all going to love this one. A super slim, barely believable whisper of a rumor says that Greek side PAOK is interested in Nelson Rivas! If this is true, it will be the best bit of business Branca has drummed up in years. I mean, Rivas has played like 10 games in the past 2 years - one wonders how they got enough footage for the advertising DVD. So, everyone light a candle to the calcio gods so they can sprinkle a little magic field turf on this deal and make it real.

Goran Pandev has gone on loan to Napoli, an was promply made into a frighteningly rosy-cheeked figurine. He says he is happy to be there. I think we should have kept him as baring any last minute surprises (which I am not), right now we only have three strikers and Castaignos. If one of the old guys goes down (Milito or Forlan), that means it will all be on Pazzini and Luc. Plus, no matter what else his faults, no one draws a foul in front of goal like our Goran. He was the perfect partner with Sneijder: Pandev "wins" the free kick and Wes slots them home. Magic. Who will do that for us now? I miss him already.

I think it is pretty clear that the roster is not finished. The squad is hugely defense heavy right now so someone will have to go. I suggest your gird your loins now. Even with Poli, I think we are missing something in the midfield as well. Gasp wants wingers but I just dont see any names connected to us us in that category. As for forwards, dont we usually have five? Four well established guys and an up and comer? It sure seems like we are missing something there as well. But never fear, there are still two days left for the transfer market and anything can happen.

More importantly, on to my Great Big Fabulous Contest WITH PRIZES. I know that many of you have already entered to win (and with prizes like these, you would have to be crazy not to), but that was before the sale of Eto'o. If you would like to change your guesses, go ahead and send me the new entry. For the purposes of a tie, though, I will use the latest date (just so you know). Also, due to the begging and pleadings from you, the readers (or reader in this case) I have decided to extend the guessing period until Sunday, September 11, at midnight to accommodate the player's strike. But this is the only extension I will make. If the strike continues, that will just be the way it is. So, put you thinking caps on and get me those guesses. Send them to InterOffside@gmail.com.