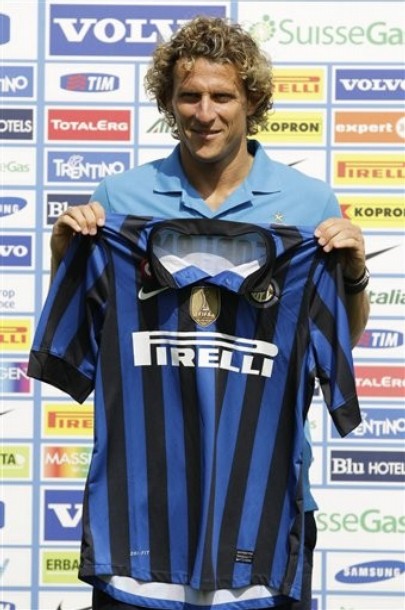 Is everyone ready to earn their Finance 101 credits for use at the collegiate level? Yes? Excellent, lets do a quick overview of the Money in Sports survey…

Our transfer dealings can be divided into two segments this summer: Pre Eto’o Sale and Post Eto’o Sale.

Pre Eto’o’s Sale we focused on getting young players with big upside, but had already been regular contributors for their original teams. This is the strategy to go with when you already think that you have a competitive team and you buying insurance that in the near future one of these guys might be the player you need to take the place of a talented vet. Nagatomo (26), Alvarez (23), Castaignos (19) and Jonathan (25) all were contributors last season with somebody’s first division team. Naga, it might be remembered, proved to be a useful contributor with us, but only as a loan.

Notice that all these players are at the very least in their mid twenties, what should be their prime physical years as an athlete. Also notice that the most expensive of these signings, Alvarez was €12 million. Naga came for €6 million, Castaignos for around €3 million, and Jonathan for around €6 million. Simple math states that we picked these 4 up for a total fee of €27 million. I don’t think that it’s a stretch to say that €1.5 per season is probably around the average of these 4 players so the wage bill is only inflated to around €6 million. It’ll be a wait to see what the final numbers are on the salaries.

But there weren’t just additions to the Pre Eto’o Sale era. We – finally – released long time Pain in My Ass Suazo, who made an astounding €3.2 per season. We waved a tearful goodbye to Materazzi who made around €1 million base last season. We also sent Mariga out on loan to purchase to save another €1ish million in wages (we would earn €7 million on his sale from this deal).

Eto’o’s sale has already been well documented and disputed and there is some confusion as to what the actual numbers are but I think – feel free to correct me if I am wrong - it looks like this: €27 million if all bonuses are met, plus @1 million in returned wages for August.

Post Eto’o’s Sale we changed strategy very slightly. We brought in Diego Forlan (32) for €5 million, we brought in Mauro Zarate (24) on loan for a €3 million fee that could turn into a €15.5 million permanent transfer and we bought Andrea Poli (22) for a loan that could turn into a €6 million permanent transfer but I have no idea what the loan fee is if there is one. We continue the strategy of bringing in players who are in their early twenties and are contributors to their top flight teams. The exception being Forlan, who I think was bought at a little too much considering the money problems at Atletico could probably have been exploited a bit more, and will probably be paid too much - in the €4ish per season range. His contract is only for 2 seasons though and I hope that Inter are smart enough NOT to extend it.

We also sent some players out of the Inter Wigwam. Pandev goes out on loan to Napoli where we pay a bit of his salary. Rivas’s contract is rescinded (YAY!!!!). Sadly we also sold Santon for around €6 million.

Let’s add up how much we got from this summer’s exchanges: Eto’o: 27, Santon 6, Mariga 1.5 for the loan, I am assuming @1.5 for Pandev’s loan = around €36 million incoming. My, that number looks mighty familiar and in fact a little more digging shows that, unofficially, we ended up spending some €200K for the whole summer transfer. Not to be forgotten is the potential 7 million for Mariga’s outright sale.

Wages, though, are another story. We already know that Alvarez, Jonathan, Nagatomo and Castaignos equals €6 million. Materazzi (who actually earned 4 million this past season with bonuses), Mariga and Suazo add up to €8 million. So we recover €2 million from the wage bill Pre Sale.

Post Sale we return Eto’o’s base of 8 (it grows to 10 with bonuses), Santon’s €1ish million, €2 million from Pandev’s loan for the season and €1 from Rivas = €14 million that will be returned in to the budget.

Post Sale we gave Forlan around €4 million, Zarate is on €2 million from Lazio and Poli is on under €1 with Samp – remember that Mauro and Andrea are at this point only loans = €7 million in wages spent and a return to the budget of €7 million.

For the summer we add the Pre Sale and the Post Sale wage numbers and we see that Inter has recouped around €9 million in wages this summer.

So to summarize… No there is too much. Let me sum up. Total spend on transfers this summer is a piddly €200K. Total wage bill recovery is around €9 million + the amount that Inter saves in taxes from those salaries that the public never thinks about, let’s call it double. Last summer Inter’s wage bill was around €120 million after taxes. I will make a prediction right now that Inter drops to 3rd in Serie A in wages spent to Milan and Juventus.

**As I write this Muntari is rumored to have accepted a move to Galatasaray. At this point I don’t know if this is true, if it’s a loan or a sale and I will update as needed, but if he does move, Muntari’s wages were €2 million/season **

By the way since we are talking financials here, I would like to add that Inter’s reported operating losses for the 2009/2010 season was just under €70 million – the €220 million losses report that freaked everyone out by La Gazzetta earlier this summer incorporated two seasons, 2008/2009 and 2009/2010 combined. Inter is well on its way to making FFP. FFP starts monitoring teams this season – 2011/2012 - and next for actual implementation of the program for the following season after that. Inter doesn’t need to be dead on balance sheet €0.00 this season or next or even the one after that. The guidelines suggest that Inter be only around €40 million or less in the red this season or around €30 million or less in the red next season. Regardless, Inter managed to cut its losses from around €140 million in 2009/2010 to around €70 million in a season. That kind of effort alone would have made a strict adherence to the guidelines moot. UEFA has stated repeatedly that it’s just as happy to see a significant improvement, which is why everyone is spending huge this season, any big drop off in spending next season shows “effort”. Inter, it seems, is actually trying very hard to become a club that balances its books. I can’t cry too hard about that as long as we remain very competitive.

In Similar news, this summer also saw another significant signing. That name is Mario De Vivo. Never heard of him? What position does he play? His position is Commercial Director and he’s the new guy that’s going to try and bridge the gap in Inter’s biggest weakness as a club. It’s that pesky third column of team earnings Commercial Revenue.

Inter’s TV Revenue is very competitive with the biggest TV money earner – Real Madrid. Inter’s Gameday Revenue is about half of the biggest Gameday earner in Europe – Arsenal – but it’s also the most in Italy. However, Inter has less than one quarter the Commercial Revenue of Bayern Munich – the biggest earner in this category in Europe. Commercial Revenue includes shirt sales, sales of anything with the team logo, ads in the stadium and - most importantly - sponsorship deals. It’s also worth mentioning that Angelomario, the odds on favorite next President of Inter, is the President of the commercial sub company of the club, called Interbrand.

Here’s hoping that they can boost our revenue to a degree where we won’t have to worry about the FFP stuff for quite a while.

Actually it's the business of the little men who live and play on my computer. As I pointed out last week I got an old version of FM 2010 so that I can A. see what the fuss is about and B. work out some frustration regarding this transfer season on my own. I have only just got a chance to look at it as I was on vacation for a few days.

I have run into a couple of problems. The first problem and an easily fixed one was that Fake Inter had too many scouts, coaches and doctors to ever make any money. I solved that one when I discovered the "Edit" function of the game. Here's my other problem: I kind of already know who's a good player and how much they should be.

I discovered that I can use "fake" players, and there is a certain appeal to the fact that I wouldn't know who can do what and which players are good enough to get etc. If there is any advice that anyone can give me regarding this, I would be appreciative.

Btw, I'll keep the FM stuff to a minimum - unless otherwise requested - I would just like help to get started. 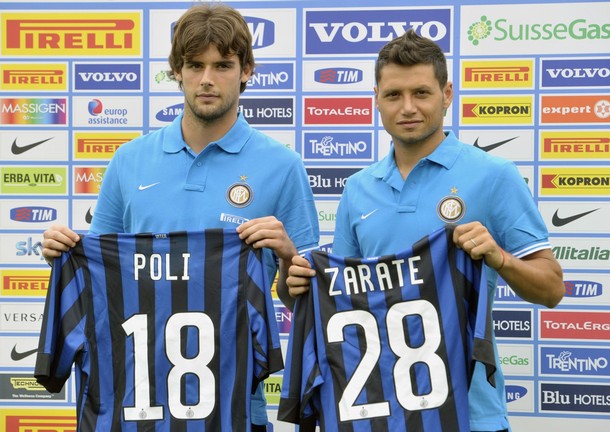