Share All sharing options for: Bologna 1 - Inter 3; Good, Bad and the FUgly 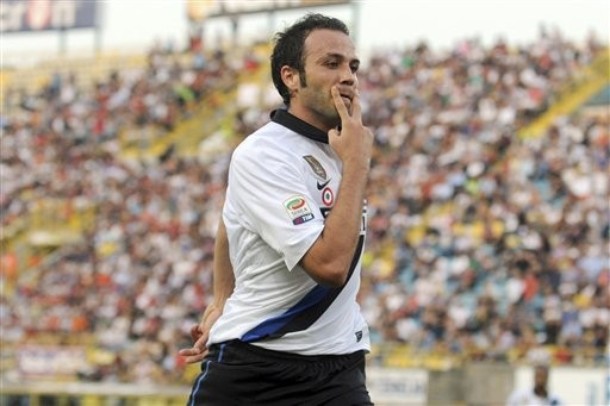 I Claudius on his 3rd day on the job and the team looks much more familiar than it did just 6 days ago. Obviously he didn’t work any magic in those 2 days he was with the club after he got hired; I think we are all familiar with the 4 game bump that most teams get when they change coaches.

Claudio Ranieri - I know that everyone is very happy with the win and the new/old look of the team. I am going to temper my expectations as much as I can, though. You might remember Claudius took over Roma mid – season a couple of seasons ago when they weren’t doing so well and they took us to the last day in the Scudetto race. The next season it didn’t work out so well for him. Then again, he hasn’t been able to make his second anniversary at Juventus or Roma. It seems lately that a small dose of Claudius is key.

On the other hand I have to say that in 2000 I guess he did a minor miracle at Chelsea making the team younger and more competitive before Mourinho was there. So credit where credit is due, he has the ability, let’s see if he can overcome the tinker instinct. It shouldn’t be too hard to figure out the best 11 for Inter. I will give him kudos for using Obi in the midfield next to Cambiasso and bringing in Jonathan for some useful minutes. If he can get quality from Poli who should be back with the club soon and Alvarez who isn’t being used at all, then I would be happier.

I am not going to warm up to Claudius anytime soon, if ever. My big issue with him is that he had too many disrespectful things to say about Inter in the past. He doesn’t have to love us when he’s coaching Juve, but he wasn’t respectful to the team. Nor was he respectful when he was coaching Roma, either. And that’s fine when he’s coaching Juve or Roma… but don’t expect me to forget too soon. He’s going to need a lot more complementary type press conferences like he had when he got the team or after the Bologna game. I’ll have a lot more to say about this guy when we get a chance to breathe from all the games we have in a row here.

Joel Obi – I love the way he pressures the ball up the field and has the athletic ability to get back into the area on the field that he’s responsible for defensively. Note to Zanetti, that’s what a midfielder is supposed to do: defensive pressure from box to box. Obi, work on your shooting and maybe your crosses a little more than the world is your mollusk!

Chivu – I wasn’t thrilled with Cris’s performance yesterday except on this single point: he did whatever he had to do to – by hook or by crook - keep Bologna players from using his section of the field as a doormat to our goal. He didn’t look pretty but he got the job done, something we couldn’t say a lot last season.

Muntari – You know when I saw him come on I imagined that there were Inter supporters who groaned, “Oh nooooooo!” kinda like the old Miller Lite commercials when Rodney Dangerfield made an appearance, “Ah! No! Not Rodney!?” Muntari did his job and most importantly, like against Roma, the team didn’t tank when he made his debut. Instead we got some rest for Obi and we continued to get a lot of defensive pressure on the left. In that formation, I think Muntari is a nice choice on the left. He’s naturally left footed and he’s not afraid of going in strong on a 50-50 like a couple of our guys. You wanna switch your team to a more defensive personality; you are going to need a guy like this. I know, I know everyone is waiting for him to fuck up so that they can go right into “I told you so…” mode. He’s human so it guaranteed he’s going to make all of you folks happy one day. Today, those people don’t have anything to say.

Coutinho – First of all, it was nice to see him on the field. I don’t think that he was super effective, but he made some nice passes and he really blew a great chance at a goal, I mean the scoreboard guy had already changed the score it was such a sweet chance. He blew it, which was too bad.

Zanetti – There was a lot I didn’t like about Zanetti yesterday, but right at the end of the game he made a trademark run forward that left almost the entire Bologna team, already huffing wind, in the dust and Rene Krhin with no choice but to foul him to keep him from going in on his keeper all alone. It was a beautiful run from a true champion and it was great to witness.

Cesar – Cesar looked like a real, professional keeper instead of a fucking buffoon. It’s a step in the right direction but I am still pissed at him. Not enough for my good graces. Do it again, clown!

Pazzini – He scored, something that he knew he could do if only Gasp gave him a chance. He also, unselfishly, set Milito with a pass so sublime that only a tactical foul from a defender saved the goal. He was very good all game and I thought he thoroughly deserved the good game considering his frustration the last month.

Zanetti – As I stated earlier, there was a lot I didn’t like about Zanetti’s game. I thought that he didn’t push up far enough to pressure the Bologna midfield and I thought that he was slow getting back. To me, he looked like he was stuck in no man’s land most of the night. Here’s an example of what I mean, Lucio moves up to dribble a little and Zanetti doesn’t sink into the space that Lucio exits. Naga is pushing up, like he’s supposed to and Samuel was more on the right. So when Bologna get the ball back and attacks guess where they go, that’s right, that space that Lucio left and is hauling ass to get back in and that Zanetti falls asleep on. It makes me crazy, ‘cause if he’s not keeping up, where he plays, it’ll kill us more than Gasp ever would have. Oh and by the way, his passing has been atrocious this whole season so far. I mean really abominable.

Lucio and Samuel – I know that Marco Di Vaio is a very good forward, but since he was one of two attacking players (the other was Diamonte) on the field for Bologna, who were showing us the dreaded 8-1-1 formation, one would think the two of them could keep the little bald bastard under wraps instead of letting him run all over our defensive third by himself. These guys make rocks seem chatty, but they needed to communicate just a skoch more to pass off the sole dangerous guy in our side of the half line between them.

Forlan – The guy hit the post, so I cut him a little slack, but I am getting sick of the nasty little look on his face when he turns the ball over and you can see that his teeny little brain had already blamed someone else, when it really seems like it was his fault the whole way. I think that he’s got a bad attitude and that he’s not a team oriented guy. I didn’t like his acquisition, I didn’t like his contract deal and I really don’t like him at all. 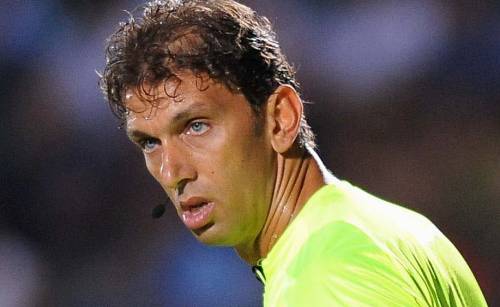 Ref Tagliavento – Even before the game was over, the Italian moviola brigade had already starting making issue with his call against Walter Samuel. In fact you would have to have the footballing brain – or lack thereof - of a certain website famous for it’s pasture fresh manure-like smell to not pick up on it, if you watched and understood the game, that is.

Team Accuracy – Sooner or later we are going to have to come to terms with our inability to finish. We are getting players into the area. They are getting good looks at the net. But the shots are, to use a technical term, kaka. Yesterday we hit the post twice. Or we hit the ball right at the keeper from 6 meters away in the center of the area. Or we crossed the ball into the area and the header went wide or high. Every game we played, that counted this season had chances that were left wanting more precision. What really burns my biscuits is the fact we spend million on forwards every freaking season. But all we need is one that can hit the stinking target, damnit.

Linkage Between the Bands – Mourinho came into Inter 3+ years ago talking about playing the game between the “bands”. The bands he’s talking about, for those who don’t know, are the 3 lines of players on the field that denote the defense, the midfield and the attack. One of his goals was to increase the ability of the team to move the ball or defend against the ball in those spaces, something that we have struggled with since he left. It’s a hard thing to do and I don’t think that we did it very well yesterday. You can tell when it’s being done well when the team always seems to have an open player between the opposing players with channels to receive and then pass the ball. It looks really smooth and the team looks unstoppable when it’s really clicking, but we looked very herky – start – stop with the ball. Bologna played between the lines better than we did for a lot of the game.

It’s got to be Obi. No one on the team has hustled as much as he has this season from the start. The bad position that this team finds itself in has nothing to do with him, that’s for sure. 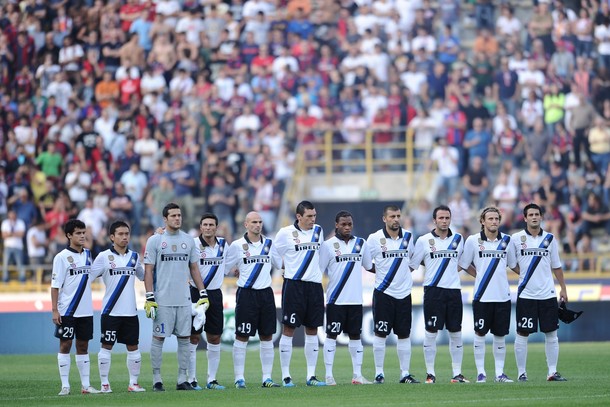