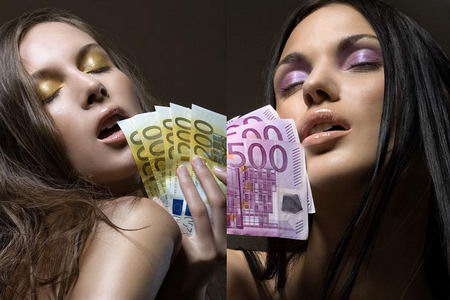 Nope, those numbers aren't the quote of a terrible auctioneer. Those numbers are the losses of the club for 4 of the last 5 seasons as of the end of this current fiscal year, which is coming up quick.

I promise that this will be the last of FFP for a loooong while as I am kinda sick of writing about it, as I can only imagine that you all are of reading about it. I promise further, that I will get to actual honest to Flying Spaghetti Monster football… you know, when we actually get some.

Okay, so right now you’re thinking yeah, this is great and all, but all this means is that next season we will have to sell Sneijder instead of selling Ibra, Mario, Eto’o… I thought the exact same thing.

But I was wrong. You see, selling Eto’o for the 25ish million that we got for him was for the short term. If you look at my last post you will see that all that money from Eto’o’s sale went into funding this season’s mercato. Which means, mon frère with the long dark hair down to there, that it’s not the sale of Eto’o that’s providing the suplus for this achievement – and don’t let’s forget it is a massive achievement – it’s the recuperation on salary from Eto’o, Santon, Materazzi, Suazo, Rivas and Mariga. That’s over 30 million gross peeled from the budget that affects that bottom line.

That’s not all of course, in this business one has to look a little forward. I have been saying this for quite a while now, at least since last February, but there are lucrative contracts that are up next June. Near and dear servants of the club Ivan Cordoba, Walter Samuel and Cris Chivu are all up next June. Lucio would have been in this group but he renewed until 2013 – and of the four he looks like the best candidate to go another year, honestly. Between those three 30+ players Inter will have another chance to save around €15 - 20 million gross more in salary.

Doing some quick math means that Inter could essentially balance their budget with several years of €45 million Euros cushion, assuming all these players leave in June next season and Inter continues to make Champions League revenue.

I think that Inter have another trick up their sleeve. I think that Inter are desperate to increase the Commercial Revenue column in their ledgers so that they finally get the injections of cash to buy without having to sell the big players like Wesley Sneijder. It’s kind of a race against the clock. Can Inter get enough sponsors/money/salary savings to add permanently to the talent pool without having to sell to fund a mercato?

I don’t know, but the idea kind of makes me giddy looking at the state of Serie A. Milan, we all should know, just heaved over €40 million at Ibra’s permanent transfer (€20+ million), Boateng’s permanent transfer (€15ish million, it was definitely €6 million for he co-ownership and the rest is around €9-13 million I am guessing) and Aquilani’s (€6 million) transfer and still has to pay them all without having sold a single player off the senior squad as far as I have read. Pirlo was let go, free of course, but his salary went to paying Aquilani and Taiwo. There wasn’t any savings or recouping going on there.

Juventus has spent around €90 million this season alone – 1/3 of that money went to paying for players they had loaned last season. Last season it was around €50 million – and that was almost all loans. The season before that it was around €50 million. Wash, rinse and repeat. How many years ago was it that they were trolling this site telling us how fiscally responsible they were having saved €6 million? A lifetime?

On the other hand I think that Napoli and Lazio bought well and within their means - despite some rocky road/scooters in both camps. I would have been a lot happier regarding Lazio's mercato if they had been able to hang on to Floccarri. I just don't know what Roma will be like this season. There are too many new faces who weren't a part of Serie A last season to have any idea how that team handled their mercato.

So I feel good about the long term growth/survival of this team but there are still worries, although none of them are financial. Are we still able to finish top 3 despite the loss of all that talent that has been sold in the last few seasons? Is this the year that the sales catches up with us? If you had asked me, "Were Inter still top 4, I would have said yes, without hesitation. But top 3 is a little riskier. Oh, I think that we are still good enough for Europa League qualification, but top 3 is just a smaller margin for error and this is still a league with Juventus in it, you know? So although I think that the team still has a lot of talent… there is some concern.

Of course this being Italy and Inter, rumors are rampant regarding the next transfer window – even as this one still lies warm on the slab. With all the money that Inter now supposedly has at its disposal there are two rumors for the future. The first is Vertonghen, a very versatile defender who on paper looks like an incredible fit for the 3 man backfield and is apparently very decent for the 4 man backline that Ajax utilize. The next rumor is Guiseppe Rossi who, again on paper, looks like he would do well in a three man attack. Plus, it would give him and Lucio a chance to catch up after this exchange a couple of years ago:

The combined transfer amount of these two if one were to use this summer as a guide would be around €60 million. Totally do-able, you know, as long as Inter destroys all the work that they sacrificed 3 seasons for...

Just to bring this thing to a full conclusion so that my next post here can be just about football, here's a couple of morsels to chew on: Morsel number one: Now that Eto'o is gone, according to last September's La Gazzetta the next highest salary on the team is a tie between Julio Cesar and Diego Milito (All this might change as the new salary lists aren't out yet) at a base of €4.5 million net. Both are over 30 and both showed signs of slowing down last season - and Cesar at least - still has some suitors for his services. Morsel number two: Inter has 5 players from their Primavera team on the roster right now - almost 20% of the squad - not counting Pandev. I wouldn't be surprised to see that percentage go up next season. 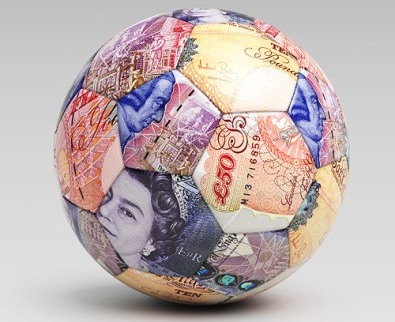