Inter show their IRON by staving off Milan for the magical 3 points needed to keep their place on the table and their honor against city rivals!

Walter Samuel puts Inter ahead inside of 5 minutes and Yuto Nagatomo gets sent of early in the second half but Inter holds on to win the Derby and hopefully the momentum going into the international break!

MILAN - This time Andrea Stramaccioni wasn't quite so reticent when asked what characterised Inter's performance this evening: "I think we did well in two areas in particular. First, the way we approached the game, something we'd worked a lot on. We wanted to begin the game strongly and that was the best start we've made this season in terms of tempo. The second aspect which pleased me was how we reacted to being a man light after Nagatomo was sent off. We managed to prevent AC Milan from just playing the ball about on the edge of our penalty area, something they're very good at. These are the two most satisfying aspects of our performance tonight. We showed the character of a big club."

Inter's win over AC Milan now sees them move to 15 points, just 4 off the summit: "I've said it before and I'll say it again. Let's not worry too much about the table, what matters is the progress these lads make, both psychologically and in terms of organisation. I think the fact we conceded so little space this evening is a sign of mental strength. These days it's very tough to play when you're a man down."

Massimiliano Allegri claimed after the match that "the referee had a big say in the way the game went." Stramaccioni tried to distance himself from discussing the officials saying: "Let's talk about football. I think the referee was in charge of a derby, a tough match, he did it with his assistants and to the best of his ability. I lost my cool on the one occasion, please forgive me, I'm still new to Serie A. We must always respect referees, though if someone tries to claim AC Milan were hard done by and we weren't, then I suggest they look at the two bookings given to Nagatomo. It would have been better to have conceded a goal, at least then you can have a go. I don't think he can say the officials favoured Inter."

The coach then explained how and where this team can still improve: "We need to be more consistent in taking the game to our opponents. This is our biggest weakness at the moment, but I now feel I have a well-organised team, capable of hurting our opponents. More than the coach, tonight was all about the players on show. The only thing we've been working on which we didn't quite get right was picking out Coutinho. Our approach at the back was to drop deep at every available opportunity, to sit back and not give the Rossoneri strikers space in behind in which to cause us problems. I got annoyed on two occasions when we lost the ball - both from Juan Jesus I think - when AC Milan could have really punished us."

Comparisons were once again made with Jose Mourinho and this time pictures showed Stramaccioni shouting "It's your victory" to the Inter fans at the end of the match, with the coach explaining: "There's one thing the president said which made me very happy - that like him I'm a very hard worker. The fans at that end had dedicated a banner to me which I don't think I've earned because I've still not achieved anything and there's one thing I won't forget: after the home match to Siena, while others were booing, the Curva always backed us and they've never let me down." 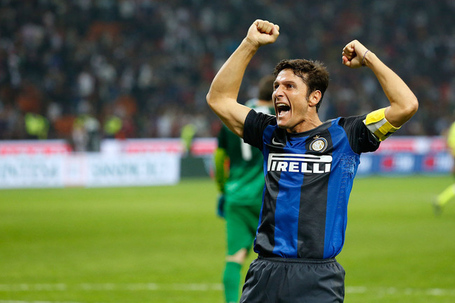 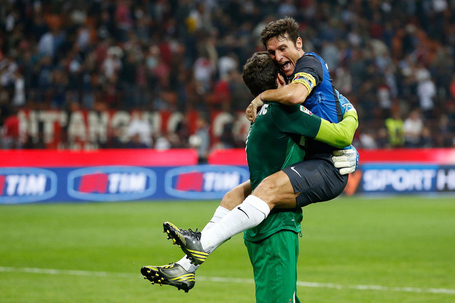 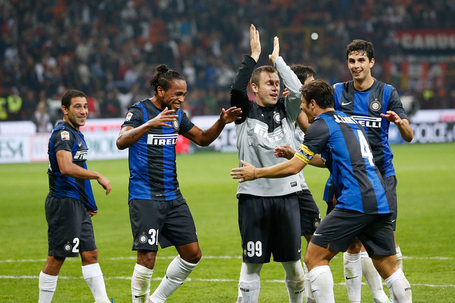