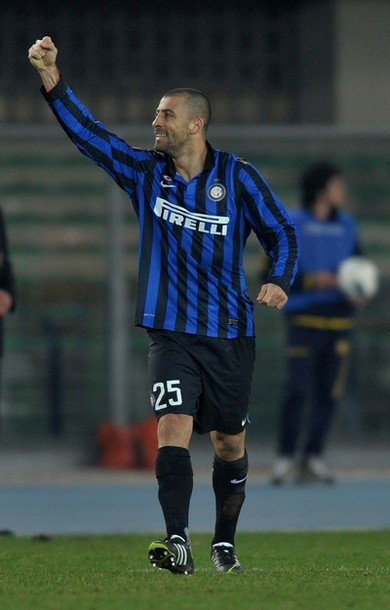 It should be no surprise to anyone who has frequented the comment sections of this board that there is a level of frustration inherent with Ranieri’s squad selection. Poli is finally given a start but we take the field with Stankovic and Zanetti next to him. Zanetti can do a lot of things well as a midfielder – cover for Maicon as he goes onto his forays, for example. He’s the only midfielder who remembers to do that, young or old.

But Stankovic was useless yesterday. I mean useless. There isn’t a part of his game that I found redeemable at all. His passing was awful. His runs into the box, which back in the day was what he was known for – famous even, were lacking and few. He tried several long shots, another Deki “speciality”, which were completely wasted possession when he was done. All in all it was a trifecta of uselessness for the long time Inter player – attack, defense and shooting.

But he played a full 90 dammit. There has to be some element of backroom politics that we aren’t privy to behind this puzzling state of affairs. He’s useless. I can tell this from some 8,000ish miles away. If he’s still around next season, I’ll be at a new level of irate.

On the other hand, there was Poli. The boy did everything asked of him, plus. He was fantastic. He was energetic. He ran from end to end doing whatever was needed. He won tackles. He made passes to continue possession through the midfield into the final thrird. He made himself available to the attack. He was an actual, Jesus H. tap-dancing Christ midfielder the likes of which we hadn’t seen since Cambiasso was in his mid 20s.

Speaking of Cambiasso, it was nice to see him come onto the field in the second half only to blast a 6 meter gimme shot into row Zed (he’s dead, right?). The Senators, otherwise known as The Oldies, want to desperately help the team out of their slump… but sometimes helping out is sitting and letting a better equipped player take over. There is a difference between helping out and desperately holding onto your job/pride/ego with cracking and breaking fingernails on the side of the cliff. 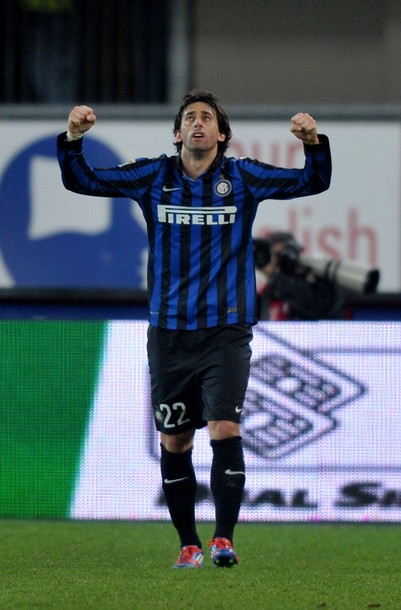 Other than that fiasco we had Milito take what had to be the weakest penalty known to man. The ball looked like it was taking in the sights, eating a panini, carefully wiping it’s mouth of oil and vinegar, disposing of the wrapper responsibly and calling it’s wife to let her know that he’s on the way home before the damn ball made it’s way to the net. That keeper had all day to see that thing coming. Contrast that penalty shot to the shot that Milito took in the 4-0 game against Milan a couple of seasons ago when Gattuso took down Eto’o. That shot was a laser. This shot was a like a rainbow made in the garden hose…

There was a definite upgrade in the defending, though. It wasn’t perfect. It wasn’t Mourinho Level Shutdown. But it was better than it had been in a while. Chievo wasn’t able to camp in our end and hold possession for 12, 13 passes before we decided that we might as well start closing down some day in the next week or so. It wasn’t that bad. Inter’s backline closed down okay.

There were a few hiccups but the important thing is, and I can’t really stress this enough with The Oldies, the backline cut down the number of times it had to defend facing its own goal. We weren’t in a desperate scramble to catch up to someone who had already broken through. Folks, that’s the secret to defending. Keep the ball in front of you, stay organized in your zone and pressure the ball. Those three rules are universal to defense in this sport. If the man with the ball can be pressured – that is, if the man with the ball can be forced to pass/move before he wants to in a manner he doesn’t want to… the job is done. That’s it. Chievo was repeatedly forced to move the ball around the park and not set themselves for the big pass, or the big cross, or the big through ball, or the big shot.

Hence, so few of them of them.

Watch Pellissier come off the field. He was tired and frustrated. That’s the way every striker who plays the point in the dreaded 9-1 formation against us should look. Tired, frustrated and with only one or two chances to do anything per half – with a lot of extra, useless running for sauce.

That’s an organized defense. No breakdowns. No long passes confusing players who have had to deal with long passes all their professional lives. Keep it simple. Pressure the set-up with midfielders, cover the forwards/penetrating runs with the defenders and give the keeper a small buffer zone to see the ball coming in. It’s textbook.

These are the things that we should be seeing every game in the back.

But I come back to Deki playing as much as he did. What a waste. I just keep thinking what a waste every game that he takes away from a young player that could grow into a player for us. Even if that player isn’t a superstar. Most teams don’t have 1 single superstar. Most teams have to make do with players who have their physical tools and a skill set. They are given a role to perform on the team and make the best of it. I don’t think Obi is a superstar. I don’t think he’ll ever be a superstar. I do think that he can fulfill a role on the team. And we need role players. We need guys who still have their physical tools – unlike Deki. We need guys who can be trained to play their role once the ball gets kicked in anger so that they can contribute for the next 10 years – without having to spend a transfer fee and an outrageous salary – like we had to with Deki.

The beauty of playing Obi and Poli – who, by the way, would cost Inter 6 million to buy, on top of the 1 million paid for his loan – is that they can contribute hugely for such a small financial footprint. It’s such value. It’s so elegant. It’s so efficient. It’s almost too easy to make that connection; I don’t know how it’s not made by now.

I’ll definitely come back to that La Gazzetta article that was in Friday’s paper (I think it was Friday’s edition) later on. The potential is there for such a revolution… a rebirth to this club, it’s almost mindboggling. But it can only happen if we get smart this summer.

I’ll leave you with this: We have a game in hand over Lazio, but as of today, 3rd place is 8 points away with 33 points left to the season. 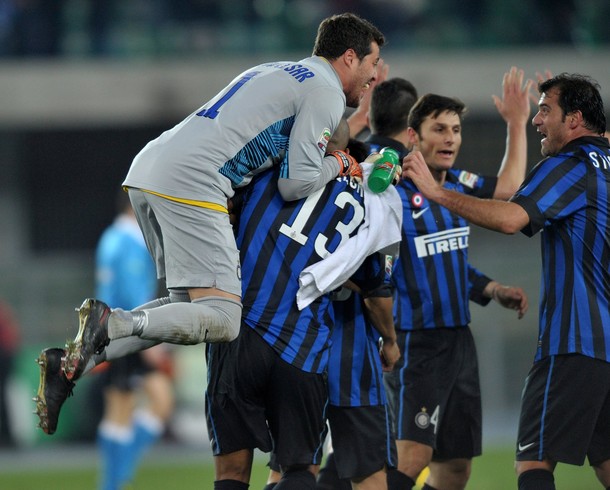