Share All sharing options for: Hey Guys, I'm Back!

That's right, I'm not actually dead... I was just otherwise indisposed for a while. Thanks to Dr. Rooney's Magic Spine Screws, I am just about as good as new and ready to get back to a normal life, and that means hanging out here with all you crazy wonderful Inter fans.

For those of you who found this blog in the last three or four months, I guess I need to introduce myself: I am Johonna, one of the bloggers for the Inter Offside along with MAD and Kirby. I have had all sorts of health issues for the past few months that kept me away from my beloved Inter Offside. But all that is behind me! I have had my surgery and I am stepping down the stupefying meds so here I am, ready to rock and roll, Inter style (if you just have to know and are more curious than squeamish, I had something like this done).

For the rest of you, I'm sorry I stayed away so long. I'm back now and I'm even tweeting again (@InterOffside). I hope you can all forgive my absence. After work, I just did not have the mental ability to do anything other than lay perfectly flat and watch British sitcoms on my Ipad. Then I had surgery and even Netflix was out. Pretty much all I did was take pills, go to the doctor, and sleep. Well, I did buy some shoes with my phone while on morphine in the hospital - thank goodness they turned out to be cute - but that was all one-click shopping (somehow, I bet you all really dont want me to get into the existential angst I am experiencing due to the fact that I am now forced to wear flats while I recover).

The so-called Morphine Shoes. Not so bad, they were on sale for half off, but still irrevocably flat.

But this is an Inter blog and not a shoe blog, so I will move on...

All things considered, if I was going to pick part of a season to miss from the past 10 or so years, it would have to be this one. I guess it is just a lucky coincidence that both Inter and I went to shit at the same time. Even so, I was laying in bed last night thinking about this post, and it occurred to me that there were still some good points from the last nine months. Really, there are.

• The front office has finally got the message that the club needs to move on from the team that brought us so much success between 2006 and 2010.

I know this was a painful lesson to learn, but I think sixth place, three coaches, and a record number of losses have finally woken Moratti up to the fact that no matter how much you love a team or a player, time marches on. No one is going to be able to recreate Mourhino's magic and it is criminal to make anyone try. Moratti is finally realizing that a coach must be allowed to make his own way if he is to succeed. Hooray. Now we can begin with something new, and, although there will be the inevitable growing pains, at least it will feel like we are on the way up instead of aimlessly drifting. Or worse, living in a Miss Havisham-esque world where nothing every changes but is left to slowly rot.

Ironically, the realization that the team must be renewed comes at a low point financially as we will not see any of that Champions League money next season. Still, that isn't to say we cant pull off some Money Ball type transfers and put together a team that can go somewhere next year. If we just nail down the coaching problem (not to say that Strama isn't the solution), I think the rest will fall into place.

• We never have to have Claudio Ranieri as coach again.

Been there, done that. Thank goodness it is over and we never have to see Droopy Dog at the helm again. No matter how many games we won with him, I never got over my urge to punch him.

• We get to play in the Europa League.

I know that this tournament is poo-pooed by many as not worthy of their time, but it is a trophy that Inter has never won so I want one. It will be nearly impossible to watch the games (I think you may be able to buy streaming service from UEFA) but I plan on doing my level best to make sure I follow as best as I can. The one thing I am not clear on is whether or not we need to play qualifiers in July any more. Napoli had an automatic slot but since they won the Coppa Italia, which comes with its own automatic EL slot, I think we get one as well (Napoli doesn't need two, after all). I think. I guess we will find out come July. However it turns out, I am confident we will kick ass.

• Inter, as a club, was undefeated against Milan this last season.

Yep, from our first team to our youngest babies, Inter pretty well owned Milan this past season. There were 14 derbies club wide, Inter won 12 and drew 2. Plus, we outscored them 3 to 1. Not bad, not bad at all. 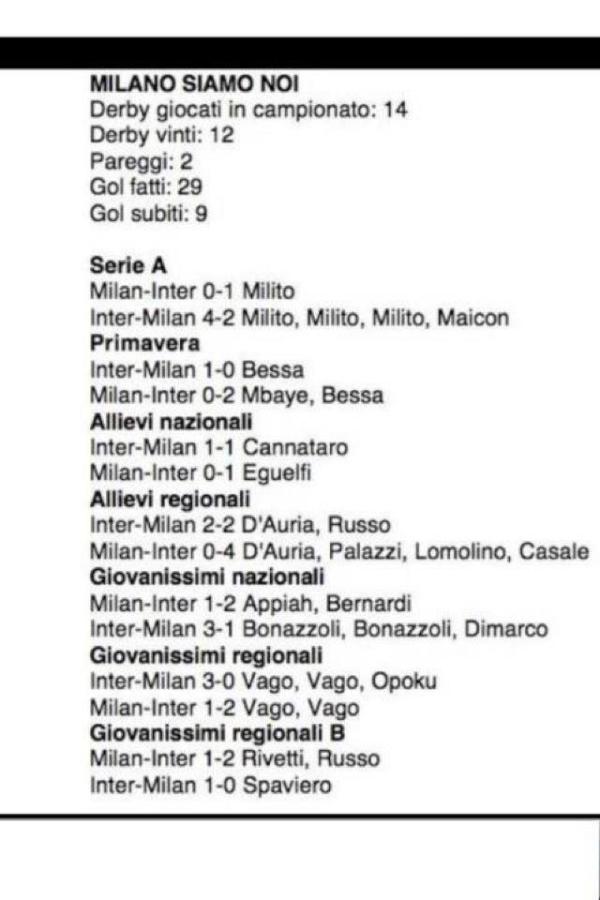 • Inter's youth teams have been exceptional this season.

From our Primavera winning the NextGen Champions League to our U18 side just winning the Juniores Berretti title to become Italian champs in their age group, Inter's babies have been generally kicking ass this season.

Inter has always had a good youth academy but recently, the club has really stepped it up a notch. This season, Strama won the NextGen Champions League with our Primavera side, beating the likes of Sporting CP, Marseille, and Ajax. Right now, this team is still in the hunt for the Primavera Scudetto. They finished top of thier group (Girone B) and play Palermo in the quarter finals in June. If they win, they will go on to play one of Juve or Milan in the semi finals. All this shows that there is at least something that is working well at the club - we aren't entirely broken. It also shows that we have a good group to cherry pick for the first team in the coming years and a hope for a more home-grown future. After all, you know what they say about the children: teach them well and they will lead the way. 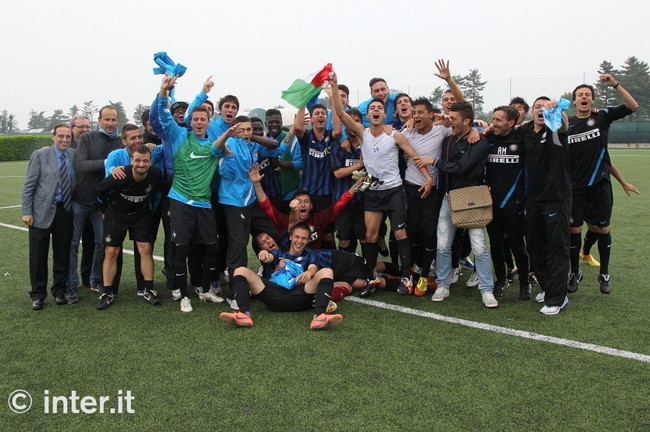 Our U18 side celebrating winning the Italian Scudetto in their age group. Aren't they adorable?

So there, are we all properly motivated for next season now? Have we shaken off the horror of our table finish? Have we used our mistakes as a learning opportunity so the suffering was not in vain? Good.

Before I go, I would like to give a huge THANK YOU to MAD and Kirby for keeping things going around here. You guys are really and truly the best:

Now we can all begin pulling our hair out over transfers and the panoply of rumors the summer brings.

Oh, and we get both the Olympics and Euros this summer. I can hardly wait! And it sure is great to be back!

So, it looks like this Palacio thing is a done deal. I have no idea what the club sees in him but he seems pretty average to me. Plus there is the hair issue. Rumor is, he cut off the rat tail, but I have found no evidence to prove it is the case. And even without the terrible hair, I still dont like him.

There was some suggestion on Twitter that I just needed to see him without a shirt and I would like him. Well, I have seen it... and nope, it didn't change my bad opinion of him. What self-respecting player of Italian football is that pale and that hairy?!? Yikes. Get that man a trip to the beach and some hot wax! 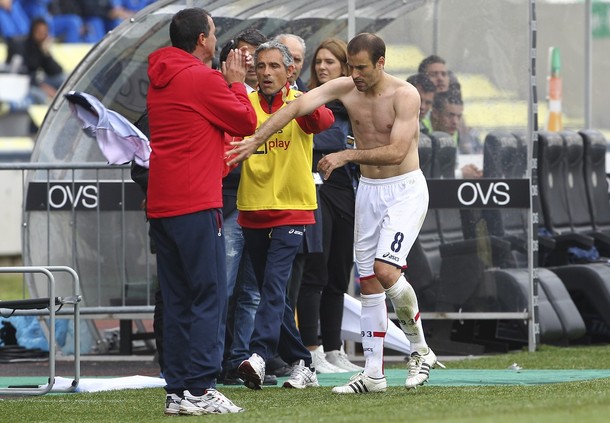