Yep, our Babies are representing. First in Europe with the NextGen Champions League and now at home in Italy. They have beaten Lazio 3-2 to take home the Primavera Scudetto. And finally, I get to watch a trophy presentation with some black and blue glitter confetti - something I sorely needed.

I will be adding photos and highlights as they become available. I just thought I would get this up now; I am sure we could all use some good news.

Wow. What a great end to an excellent year for Inter's Primavera squad. Thanks first to Stramaccioni and then to Bernazzani, Inter's youth team have made a sweep of it. They wont their group, beat Palermo in the quarters, Milan in the semi-finals, and now Lazio in the final to win Inter's 7th youth Scudetto.

It started on a bit of a low note: our first-string keeper, DeGennaro dislocated his hip during the derby semi-final. As a tribute, the boys all wore shirts with his name on it during warm-ups. His jersey also made an appearance during goal celebrations and at the awards ceremony. 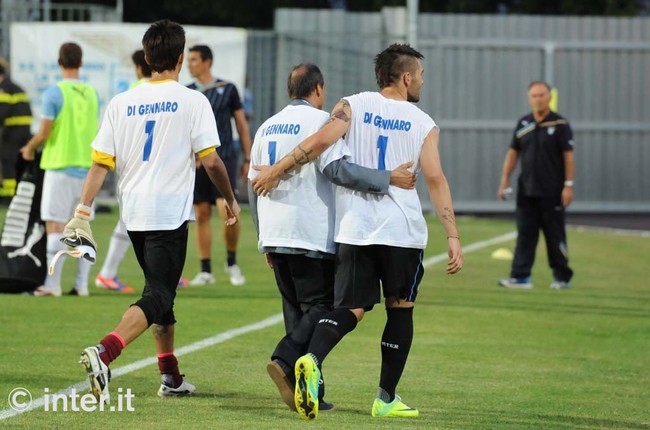 DiGennaro, there in spirit if not in person.

At the half, Livaja (our first goal scorer) dedicated his goal to Di Gennaro, saying: "He's a great person and a great friend." AWWWW.

There were three goalscorers tonight: Livaja, Garritano, and Longo. Still, Longo won best player of the tournament (this year named after fallen football player Piermario Morosini) and was the high scorer as well. 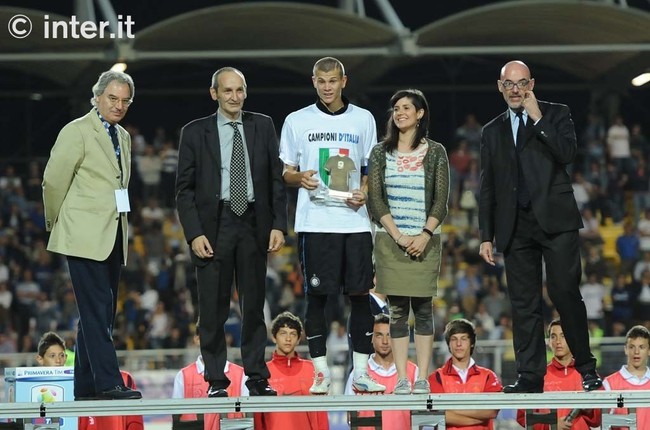 Longo has made a name for himself this season. I hope he lives up to in in Serie A.

In the end, I finally got the black and blue, glitter confetti filled trophy celebration I was so missing this year as an Inter fan. I knew the club wouldn't let me down entirely. Now, if I can get some of those wonderful locker room celebration videos, I may finally be able to get over my season long angst at the first team's performance. But the glitter confetti and happy faces will do for now. 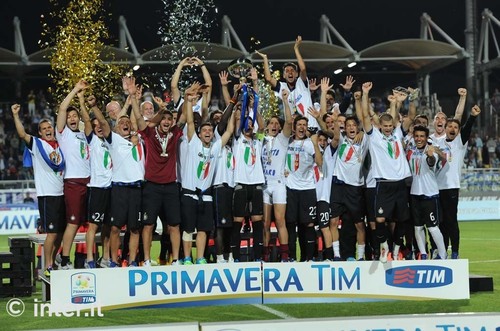 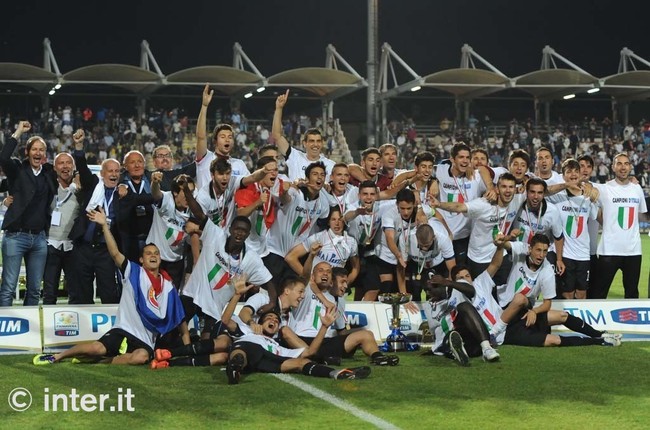 .
.
Oh, and then we have the No-Pants Brigade. How wonderfully Muppety is this? (Answer: HUGELY!) 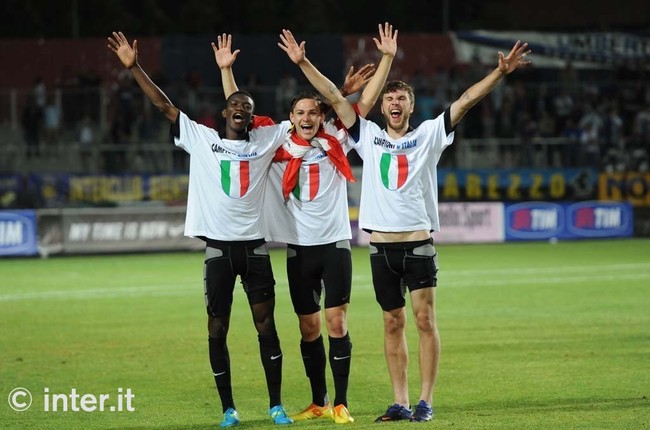 So, a warm round of applause for Inter's Primavera squad and our KICK ASS Academy. I cant tell you how nice it is to know that the club isn't entirely broken. Thank you for representing and allowing the club to save a little face this season. We are all so proud. First Europe, and now Italy... if half of these boys live up to the promise they showed this season, Inter will have sitting pretty. 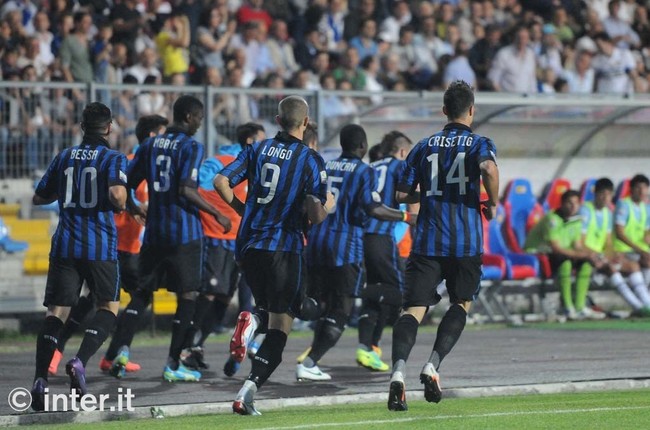 Our pride. Our future.

Now lets see about actually retaining some of this talent and not trade it all away to lower the price of some other player who does the exact same job but without the love of the shirt. Are you listening club? Good!

I know, this is from the Milan game, but the boy won Best Player for the competition and is the capocannoniere as well. Longo deserves some props!