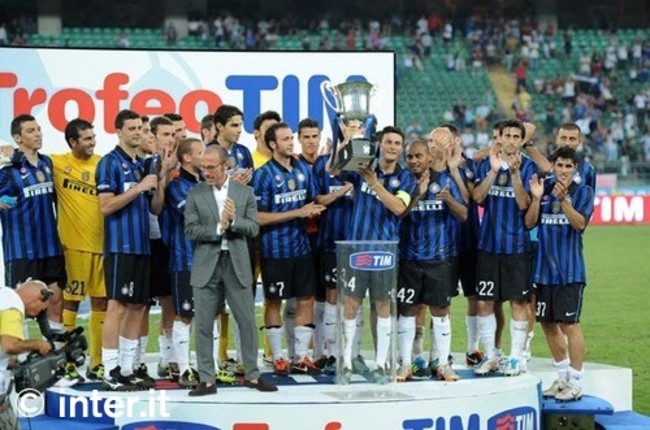 Yep. Its that time of year again when Inter, Milan, and Juve travel down to Bari to participate in a meaningless round-robin tournament where invariably broad predictions will be made about the season to come, or worse yet, someone will be injured... ... ... But I hear Bari is a lovely town.

When: 8:45pm local; 11:45am pacific; 2:45pm eastern
Where: Stadio San Nicola, Bari
Why: filthy lucre
Streaming? I assume so, but I just dont know where right now. If you know, please share

First off, let me be clear, I am not a fan of this "tournament" in general. Not when we were in fighting form and favorites to win, and certainly not now. I know, this is Inter's tournament and we almost always win (7 out of the 11 times it has been played) - we even won the previous two years (and we all know how they turned out). No, my problem is that the games are meaningless but, due to the animosity between the clubs (or the club's fans), any time they meat it is a knock-down, drag-out battle. Add that to players who are not quite match fit and it is a recipe for disaster. Plus, it is sort of tawdry.

But no one asked me.

For those who are new to the format, the tournament is comprised of three 45 minute games, with the third team facing the loser of the first match, then the loser of second plays the winner of the first. Points are awarded based on the outcome:

Last year, Gasparini's Inter won this thing (I know, crazy huh?) by beating Juve on penalties (after a 1-1 draw), then smoking Milan 1-0:

.
.
Stramaccioni has called up 22 players:

I have to admit, I literally laughed out loud when I read that list on my twitter feed this morning. And not just a chuckle or a little snicker but a full-on, coffee spit take guffah. It is like we are sending a whole gang of tiny little boys to be slaughtered by huge big men. Plus, the age break is crazy: we have the old fogey contingent with Castellazzi, Chivu, Samuel, Zanetti, Milito, Cambiasso, and Palacio then practically everyone else is like maybe 20 at most. Itty bitty babies the lot. I hope they dont get crushed... physically or spiritually. I swear, if one of those bruisers hurts one of our kids, I may have to fly to Italy and slap them right in their face. 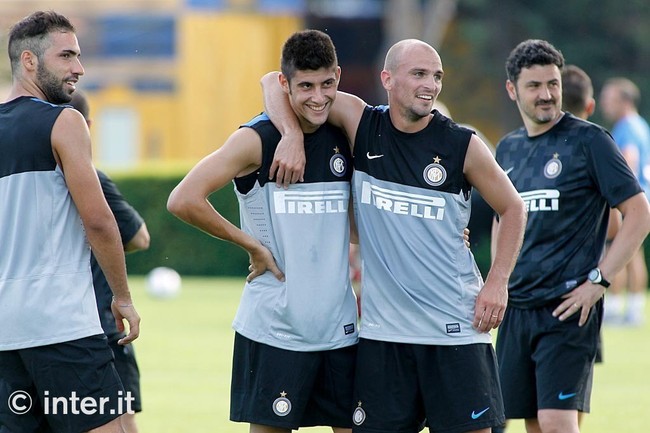 Youth and experience, a winning combination?

Even with all the market madness, missed opportunities, and Lucas obsession, I think our final first team will be quite a bit different than who Strama has called up. Obviously, it is missing Sneijder (who traveled with the team anyway just for esprit de corps), Mudingayi, Jesus (on Olympic duty), and the injured players (Deki, Ricky, an Obi). Even so, this list feels thin. Especially up front. Doesn't it? Luckily, this tournament comes so early that I think Milan and Juve are in much the same shape. I am interested to see who they actually field. 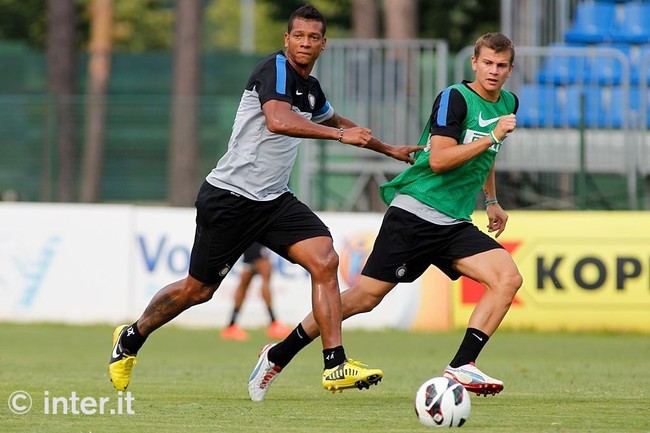 Alright, so what do you say we all meet back here and see if we cant find a stream or something. I dont know if there will be a live blog (cover it live has changed and I am not sure if we can still use it), but I will be here to share whatever the outcome. You never know, we might actually win. If Gasp could do it, why not Strama?

And who's idea was it to take these sweaty hot hot HOT photos today? 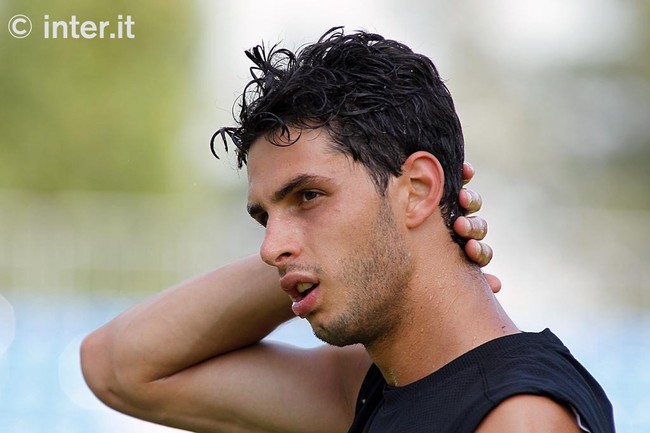 .
.
Because Oh My God! Are they trying to kill me? I mean holy cow: 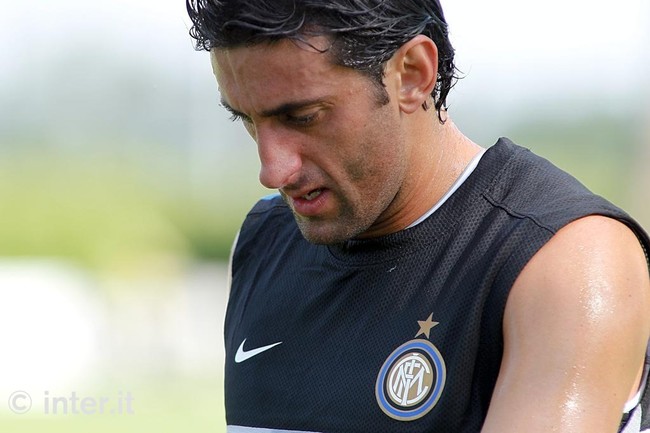