We will kick things off with a word search, which contains all the players (including reserves) who are representing Inter at the World Cup.   Only last names have been included, as well as their respective countries.  Names and countries may appear forward, backward, diagonal, up, and down.  (Yes, all 17 names are there. I did it myself.)

Feel free to leave your comments below if it was too hard, too easy, if any name is giving you trouble, or how fast you finished and just wanted to be the first person to post "FIRST." Good luck and have fun! 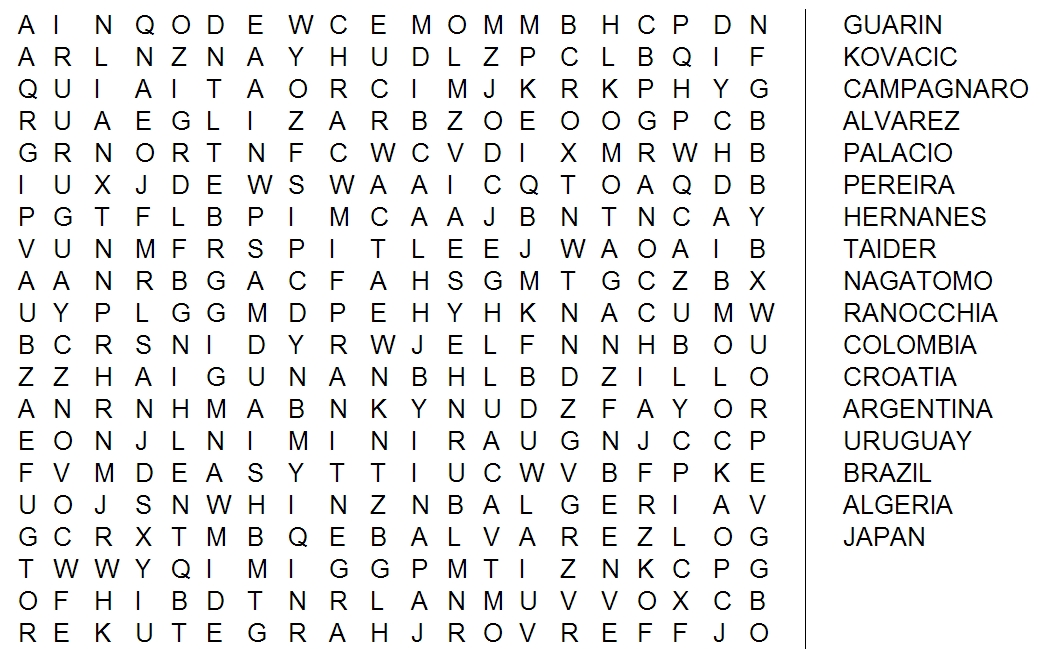 Let's wish all our players all the best and to stay healthy!