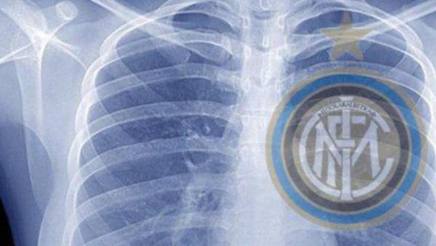 Judging by the results we've obtained in what has been our best pre-season campaign in years, I would say that our beloved Beneamata is alive and kicking again. Those of you who've developed some justified scepticism over the years would be inclined to argue that we cannot judge the team on the basis of a few "friendly" matches. However, I don't think that any of those sceptics would go as far as to deny that every team we played in pre-season (and there were some great teams) wanted to beat Inter Milan and tried their best to do so. I don't think any of those sceptics would deny that they've been very pleasantly surprised by our pre-season results either.

Yesterday's match against Villarreal was not just another pre-season win for us. It was more than that. It was yet another match won convincingly. It was a match in which we demonstrated some very good football and most importantly, solidity in the middle of the park, which inevitably translated to solidity at the back too.

In the first half, Spalletti's objective was clearly for the players to display more fluidity in possession of the ball. I watched an Inter that passed the ball around efficiently, wasted little to no time to recover lost balls in midfield and pushed forward together, with a clear sense of purpose. Spalletti has been stressing this quite often of late and we saw it lead to our first of three goals yesterday.

That first goal was quickly cancelled out by our careless concession of an equaliser, during which some members of the old guard showed that some bad habits die hard. But on the whole, we were able to take hold of the reins and dictate the match in the first 45 minutes.

As is nearly always the case with pre-season friendlies, the second half was different to the first. With Inter having established themselves as the driving force behind the match in the first 45 minutes, Villarreal's players did their utmost to kill the pace of the match. They played a tougher second half and conceded many fouls in the process.

Then, Spalletti played a pair of aces in Icardi and Jovetic! Jovetic was able to demonstrate, yet again, that he's definitely of Inter's calibre, scoring a picture-perfect goal worthy of winning any match. Icardi, on the other hand, showed his worth with a scintillating assist in the dying minutes, proving (as if he needed to) that he's not just an opportunist goal-scorer.

But there were others besides Icardi and Jovetic who deserve a mention. Spalletti more than anyone, because the way the team played was ultimately the most convincing factor about yesterday's match. Borja Valero was divine as always and showed yet again that he's one of the best acquisitions made by any team in Italy this summer. Skriniar is looking like one hell of a problem solver at the back. Joao Mario seems to be coming into his own and settling well in that offensive midfield role. D'Ambrosio had a hand in the first goal, demonstrating that he's taking Spalletti's instructions in quite well, and defended well for the rest of the match. Gagliardini played a good match for the second consecutive game, alleviating some concerns in his regard that were owing to his less than great performances during the first few pre-season matches. Candreva was effective, as were Eder and Brozovic. Vecino was good too, considering he's still to familiarise himself with his teammates, as well as his manager. Gabigol demostrated his burning desire once more and many of those whose games were not optimal (Miranda, Perisic, Handanovic, Kondogbia) are players who we know are capable of much more.

All this is not to say that we should be content with what we've got. It's only to point out that Inter is indeed alive and kicking. The #INTERISCOMING hashtag is starting to seem justified. But I want to see our directors prove that they're hungry to make Inter great again by going the extra mile on the transfer market this summer. Dalbert, Emre Mor and Schick are all well and good and I do hope they arrive. But seeing as we were in for the likes of Nainggolan and Vidal earlier this campaign, something tells me that Spalletti's looking for the directors to go that extra mile too this summer.