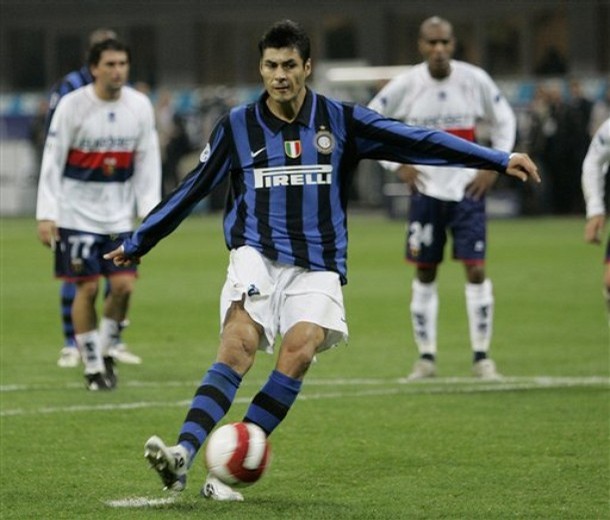 And here we are, back to league play. Inter are looking to continue their small streak of good fortune on Sunday when Genoa come to Milan. Genoa, on the other hand, are just looking for a result. They have had an absolutely bipolar start to the season, winning at home and loosing away. I just hope that this will not be their break-out game - we are finally at the top, and I would like to stay there for a while. For a look at the game from the Genoa perspective, "i" has posted a preview on the Genoa board.

I would like to give a big shout-out to whomever decides when daylight savings time begins and ends in Italy. Because of that wonderful person (or people), I dont have to get up at 6am to watch the game (yes!). Tonight at 2am, Daylight Savings Time ends in Italy while here in the US, we dont change until November. As a result, I get to sleep an extra hour tomorrow which is much appreciated. Thanks Italy!

Back to the game.

By all accounts, when at home, Genoa are a great team with an impressive record. Even Mou likes them, saying:

Genoa is a team that plays very well, attacking not only with the three-pointed cone but also the wings and the placement of midfielders. It is a team that is beginning to build their own game from behind, is a team that I like and respect very much, but obviously we think we can win.

Of course, the scoreline may be the same tomorrow (but 4-0 would be better), but the goal scorers will likely be entirely different. Cordoba and Suazo are gone, and Cambiasso will sit this game out.

Mourinho and I are not the only ones who think we can win this game, Paulo "Pablito" Rossi also thinks Inter will take it. He had these kind words:

I am absolutely convinced that Inter is by far the strongest Italian team. If to this one adds that with Mourinho the team has improved as the Portuguese coach has more conviction and personality, then for the Genoa of Gasperini, even though they play attractive football, I rule out a miracle in Milan.

I was hoping Mourniho would drop some hints on tomorrow's formation in the press conference today, but no, he is taking this opportunity to "Italianize" himself and is playing it close to his chest. All he would say is that JC will return in goal and, of course, there is the squad list:

Once again, though, Mou has pulled out some surprise inclusions: Crespo is on the list for like the second time this season, there is Balotelli, and Maxwell. I just read that Maxwell said he needed 10 more days, but I guess Mou thinks otherwise. As for Balotelli, there is some speculation that he will start but only play 45 minutes. Apparently, if the internet is to be believed, Mourinho is unhappy with Balotelli's shenanigans on the pitch against Torino. I missed this game but it seems there was some shoving and a stupid yellow card.

In any event, Datasport thinks he will start and offer this lineup:

All we can do is wait see at this point.

Even though Mario has some anger control issues on the pitch, I would welcome a start for him if only to knock us out of our at-home doldrums. If you look at our record, recently we have a tendency to appear labored at home, grinding at single-goal leads (1-0 Lecce and Anorthosis; 2-1 Catania and Bologna). Away, we have larger leads (4-0 Roma, 3-1 Torino, 0-2 Panathinaikos). While this is an interesting pattern, I am not sure what it means. Still, I think it will be a good season if the only criticism isn't that we are not winning, but that we are not winning by enough goals.

There were a few alarming rumors around the ol' internets yesterday that Balotelli was looking for the door. This, of course, was denied by Balotelli and his agent/brother. Personally, I think this is just a tactic by Balotelli's agent to try to force Mou's hand. So, for all the circling buzzards on this board, Balotelli is under contract until the summer of 2011 and I find it exceedingly unlikely that Moratti would be willing to sell. Unfortunately for Balotelli, Mourinho does not strike me as the type of coach that takes kindly to threats.

On the other end, Zlatan has extended his contract until 2013. He does appear happy at Inter and I am sure the 12 million Euro a year help.

A big ol' Buon Compliano to Christain Chivu who turns 28 on Sunday. I wonder if Marco and Deki will throw him a party... 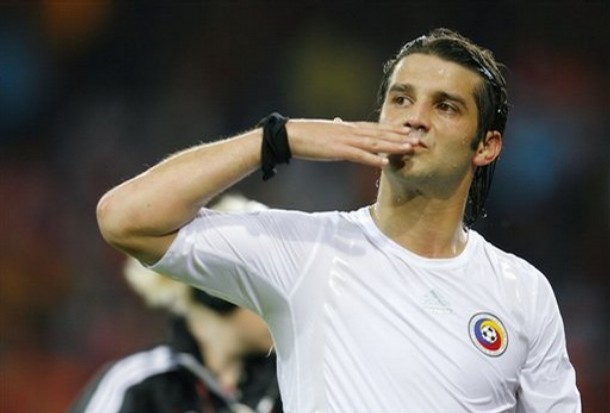 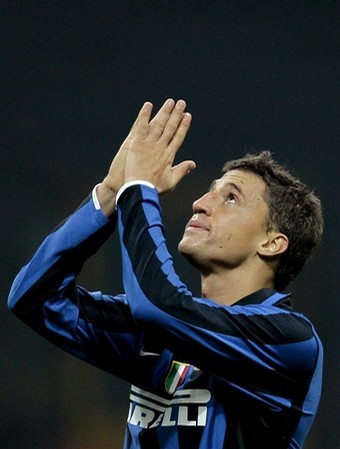