Meet the New Mister or Roberto Who?

Share All sharing options for: Meet the New Mister or Roberto Who? 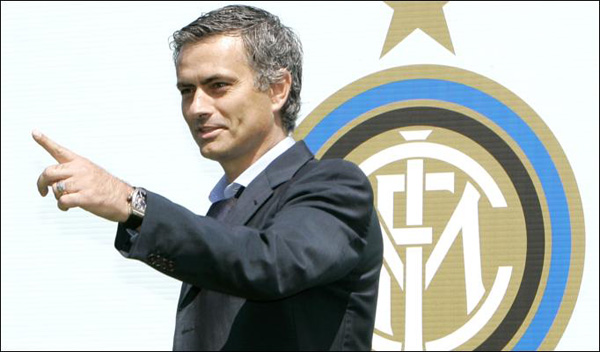 As everyone who is even slightly interested in football now knows, Jose Mourinho is officially the new coach of F.C. Internazionale Milano. He has signed a 3 year contract and appointed Giuseppe Baresi, Inter's youth academy director, as his vice coach. Other staff includes Rui Farias, Silvino, and Andrei Villas Boas.

Jose Mourinho was presented at a press conference at the Inter campus in Appiano Gentile. If you watch the videos of this (part 1 and part 2), you will see that Jose was charming the pants off of the reporters. Then, with that last little bit of Milanese dialect (at least, that is what I am told it is), he had them eating out of his hands. It doesn't hurt that he is a bit of a looker.

The big question is just how does he plan to change the team. Here is what he said:

I want to work in a team of 20-21 players plus the goalkeepers. ... I like the players in my squad and I don't need to make radical changes. For myself and the management, the team just needs two or three players to improve and be even more competitive.

Our first squad has 24 players plus goalkeepers and Adriano. Given Jose's statement, we have a little fat to trim. So, if we get three new players, we will need to loose about 6 from our current squad. Who's it gonna be? We have plenty of forwards, so I doubt we will be investing there. We have buckets of midfielders but most of them were either injured or crap this season. We have 8 defensive players - just the right number (I think) but at least one of them needs replacing. So hopefully one of our precious new hires will be for there. The other two should be really stupendously wonderful midfield players.

So here is who I think should stay and who should go.

Julio Cesar: Keep! He is definetly one of the best there is!

Orlandoni: Keep, I guess. He just signed a new contract and all. He only had three appearances last season: Palermo-Inter, then subbed in during Inter-Genoa, and Reggina-Inter Coppa Italia game. It is a bit hazy, but I think he did ok.

Toldo: Keep. He is aging, but still better than Ballota! Still, as I recall, he made some great saves in that return leg of the Juve match-up in the Coppa Italia. I think he still has at least one good season left in him.

Burdisso: Sell - if someone wants him, that is. Dont get me wrong, he has had a couple really great games, but by and large, he has been a problem. I would gladly replace him. But with whom?

Chivu: Keep. Despite his injury problems, he is a solid presence in our back line. Besides, I like the illiteration of this name - it is pleasant to say. Try it: Christian Chivu. Fun!

Cordoba: Keep. He is usually at least adequate with a few moments of brilliance (that first Inter-Roma game comes to mind) and really, what more can you ask of a person.

Maicon: Keep. His fast breaks up the flank send the opposing midfielders into a panic. He is usually a joy to watch.

Materazzi: Keep. I wont go into it, lets just say I am biased.

Rivas: Keep. He is young and just entering his prime. Hopefully Jose can bring out the best in him.

Samuel: KEEP! What can I say, he is the wall.

Cesar: Sell. He started the season well, but has sadly deteriorated. That last game with Parma, every time he got the ball, he lost it. Really, almost every pass was bad.

Dacourt: Keep. Before he was injured, he was great.

Pelé: Keep. A little rash and a bit inconsistent, but he has great potential.

Jimenez: Keep. A great kid with a bright future. Lets make sure it is here at Inter.

Figo: Keep. This will be his last year - let him go out in style. Also, I think his pass accuracy is much needed. If we can use him as a play maker I think he can be a real asset.

Maniche: Sell. He didnt really work out for us.

Maxwell: Keep. With a couple exceptions, he has been solid. I would like to see a little more inventiveness, though.

Solari: Sell. He, also, has just not fit in.

Stankovic: Sell. He has his moments, but I think he should follow Mancini to Chelsea. He has had a couple good showings, but he is just too fragile and inconsistent.

Vieira: Keep - maybe. He regained his form towards the end of this last season and it has been great, but... Well, he is also aging and plagued with thigh problems. In fact, he may be out of the Euros because of it. This will be his last season also.

Balotelli: Keep. Duh. The kid is going to be a star.

Crespo: Keep. He says he is happy on the bench and maybe Mourniho can work some of his mojo on him and help bring him back to the form he had in his long-hair days. Besides, he has worked with Mourinho before (although not very successfully) and Mourinho thinks that Crespo could be his friend. Everyone needs friends.

Cruz: Keep. I think. If we get another striker, I think Cruz should go. Still, he really came through for us this last season. This one is particularly difficult for me. I wouldn't be upset if he was part of a trade.

Ibrahimovic: Keep. I think Mourinho will be a great foil for his enormous ego. Hopefully he will be focused and in good health next season.

Suazo: Sell or loan. I hate to give up on him - he was so good at Cagliari. Still, he has not managed to fit into this team. It is too bad, but I just dont think Milan suits him. I would like to see him go some place where he can shine.

Adriano?: He looks pretty good. I say, give him out on loan for at least 6 months and see how he does back in Italy. Sampdoria or Napoli would be great for him - provided Cassano is not a bad influence.

Now, the next question is who should he buy? but I will leave that for another time. For now, there is
Mourinho's message for us, the fans:

First of all compliments for winning the Scudetto, which was very important. From now on I am Inter's biggest fan because this club is my life. I want to work for this great club and bring my great passion for football, to make all the Nerazzurri fans happy. 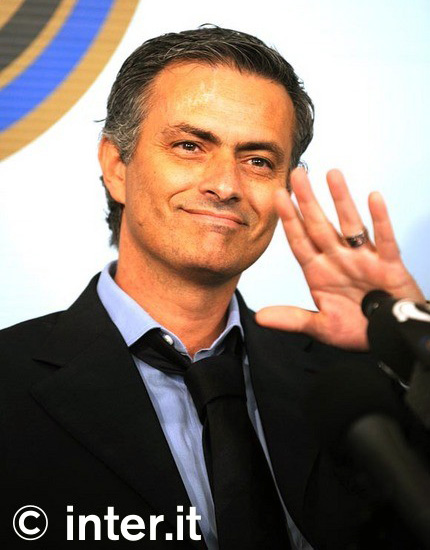