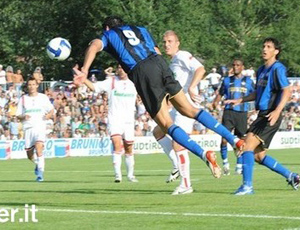 Well, Inter did it again!
I have only been able to find a very short video of the game, and a few sketchy accounts so if anyone was actually able to watch it, I would love to know how it went.
The first half started with a 4-3-3 formation:
Toldo
Maicon, Mei, Burdisso, Bolzoni
Jimenez, Dacourt , Pelè
Figo, Cruz , Balotelli

According to La Gazzetta, Inter played a cautious game for the first 20 minutes, with many long-balls launched in. In the 27th minute, Balotelli crossed the ball to Cruz who was unopposed in front of goal and headed the ball in past the Bari keeper. Soon after, Cruz suffered a strain which may keep him out of our next friendly, that wacky Trofeo TIM thing (see below). 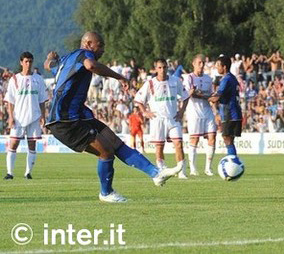 Apparently Inter played better in the second half, with Maxwell and Mancini partnering well on the right side. In the 77th minute, Santon crossed the ball to Crespo, who put the ball over the top. Again. In the next minute, Manicni is brought down in the Bari penalty area and Adriano converts handily. Good for him! Bravo L’Imperatore! Poor Adriano needs all the confidence he can get. Crespo, on the other hand, has got to get himself into shape. I love the guy, I really do, but where is his head? If he is not off target then he is offside. If he does not get into shape, I think he will be moving on this Christmas.

So there you go, Bari go down 2-0 and all our keepers get a chance in the net. Even Suazo saw a few minutes. Now we just have to get ready for the Trofeo Tim on Tuesday (July 29).

I have to admit, I completely forgot about this weird friendly (which is why it did not show up on the last post). For those of you who do not know, it is a 45-minute per game triangular tournament that includes Inter, AC Milan, and Juventus. Inter won last year, beating Juve in the end on penalties.

Yes, that was Recoba scoring on AC Milan. This year, the tournament with be at 8:30pm (local time) at the Stadio Olympico in Turin. The schedule will be:
Match 1: Milan-Juventus
Match 2: Loser match 1-Inter
Match 3: Winner match 1-Inter.

What do you bet Match 3 ends up Juve-Inter this year too. Really, I am not to concerned about winning this game. My hope is for a good showing, sharp passing, and NO INJURIES. Dont get me wrong - I would LUUUUUVVVV to beat both Juve and AC, but not at the expense of the upcoming Supercup with Rome.

Monday it back to Appiano Gentile and the Angelo Moratti Sports Center for the presentation of Sully Muntari. I have no recollection of acutally seeing this guy play - although I am sure that I have - so I am reserving judgement. The people that comment here seem to like him and that is good enough for me. I dont expect we will see him take the field with Inter until the Bayern Munich game next month. Here is a little highlight reel to get us primed and ready.

And what of Quaresma? Well, not much. Moratti has offered 20 million euro to Porto (or 25 if you believe goal.com), but they seemingly want more. We may push a little harder for him now, though, as the Daily Mirror is saying that Lampard is finally getting that 5-year contract that he wanted from Chelsea. Hopefully that whole drama is over and Moratti will walk away with some dignity still intact. Of course, the source is a tabloid so is suspect, but I certainly hope that it is true.

And news to me, it seems Inter are in negotiations with Matteo Ferrari's agent. His contract with Roma has expired and he is looking to make a move, possibly to Fiorentina or Inter. Whether or not he comes may be linked to Burdisso. If we keep him, then we may not want Ferrari, especially when Chivu, Cordoba, and Samuel regain fitness. We seem to have a glut of defenders and if we keep them all, then I don't see Ferrari getting a lot of play time. Still, we are going to be challenging for both the Scudetto and the Champions League so a little depth might be nice. It would be free transfer, so at least he would only cost his salary.

Burdisso has been approached by both Newcastle and Fiorentina. Fiorentina offered £4m while Newcastle are willing to go as high as £6m, but Nico is adamant that he wants to stay at Inter. So, unless they offer him too much money to refuse, we may be stuck with him. I suppose he may feel differently at Christmas if he isn't getting any playing time.

We are also a bit heavy in the striker department and while Adriano is "under observation," Suazo is definitely surplus. Unfortunately, he is also expensive at 12 million. Only Bologna have made a formal request for him, and they only want him on loan. Sampdoria, Sevilla and Porto are supposedly interested, but have not made any formal inquiries. 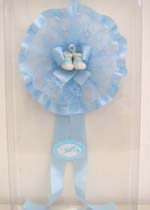 Our Captian, Javier Zanetti and his lovely wife Paula have had a little boy. Ignacio was born in the afternoon of July 27, and both mother and child are doing well. Ignacio is the Zanetti's second child, he has a big sister names Sol (and boy is she a cutie!). Congratulations Pappa Zanetti and welcome Ignacio. 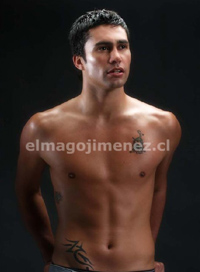 Because I can, here is one of my new favorite links: shirtless pictures of Inter players. And a whole set of Jimenez. Really, you have got to love a blog called Inter_Pervs. In fact, I may just make it my new home page! Here is a little taste of Jimenez. Remember, it is not always about the WAGs.