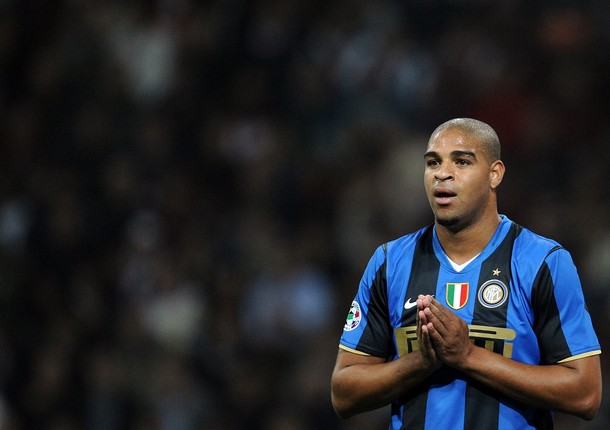 I am on the fence about this one. On one side, he is one of us, L'Imperatore, the scorer of goals, a great talent looking only to find his way again. On the other, Inter is paying a huge salary for a man that, for one reason or the other, has completely lost his marbles; marbles he may never find again. There comes a point when enough is enough. How many chances does this guy get?

For those of you that don't remember what he was:

Adriano was the new hot thing and was going to help Inter win their first Scudetto since 1989. Everything was sunshine, roses and beautiful goals.

But then things got out of hand

The cracks started to show in Adiano's facade during the World Cup in 2006. Brazil were knocked out in the quarter finals and, at the time, the loss was blamed on excessive late-night parties and drunkenness.

The 2006/07 season was no better for Adriano. He missed training a number of times and was accordingly benched by Mancini. He had a terrible season, full of niggling injuries and poor performances. By the summer of 2007, many Inter fans were calling for his metaphorical head on a platter.

Still, in the fall of 2007, back he came. Surprise surprise, though, he was left off of Mancini's UCL squad list. For a particularly succinct and well-written review of his rise and fall, I turn to Gabriele Marcotti and the London Times:

Around this time [September 2007] two years ago, the man they call “The Emperor” was arguably the most devastating striker in the game. He had just come off a season during which he had scored 25 goals in all competitions for Inter, plus a further nine for Brazil, whom he carried to victory in the Copa America.

Tall, brawny and fast - faster than anyone 6ft 2in should be allowed to be - and blessed with a magical left foot, there were times when he looked unstoppable. But the really frightening thing was that he was only 23, a man-child, still coming to terms with his body.

“The incredible thing about him is that he still has one obvious weakness, his right foot,” Fabio Capello, the former Real Madrid coach, famously said at the time. “If you look at everything he’s achieved despite being one-footed and then imagine what he could do if he brought his right foot up to a decent standard, well, at that point I think we would need to change the rules of the game. Otherwise it would just be a mismatch every time he steps on the pitch.”

All that seems so far away now. In the past two years, Adriano’s career has taken an ever-tightening downward spiral. It began with the death of his father and continued with the traumatic separation, in the autumn of 2005, from his girlfriend, Daniela, who was pregnant at the time.

“It was a horrible time,” Adriano said. “I felt abandoned and I began to look for comfort elsewhere, in bars and nightclubs. I also began to drink heavily. I wanted alcohol to absorb all my problems.”

There followed more indiscipline, a failed reconciliation with Daniela (who had since given birth to his son), tales of excess (according to reports, he regularly blew £30,000 a night on hotel suites and “entertainment”) and, famously, a fistfight with a 6ft 10in, 20st professional basketball player named Rolando Howell in a Milan nightspot. All this while his performances on the pitch were hitting rock bottom.

After sinking with the rest of the Seleção at the 2006 World Cup finals, Adriano limped through last season, scoring only five league goals in 23 appearances. And now this. Left out of the Champions League.

Last May, I asked Pelé about Adriano and another troubled Brazil striker, Ronaldo. “Ronaldo is more likely to come back to 100 per cent,” Pelé said. “That’s because he has had highs and lows and has shown the character to come back. But Adriano is a boy, he’s a child. This is his first important setback. And now we are finding that maybe he cannot deal with it. I pray for him.”

Adriano is only 25. But that is his physical age. Mentally, as one Inter player said, he is “in his mid-teens”. Which may help to explain why coming to grips with death and break-up is so hard for him. And the fact that, every two weeks, another £230,000 finds its way into his bank account is neither help nor consolation.

Adriano limped through the first few months of the 2007/08 season, only making four appearances for the club. In November 2007, he returned to Brazil to get his head together and undergo treatment for alcoholism and depression. In December, he went on loan to Sao Paulo to help him find his form again.

A Brief Moment of Glory

Adriano did pretty well in Brazil last year. He made 27 appearances for San Paolo, scoring 17 goals. He found his way back on to the National Team - things were looking up. We Inter fans had hope, especially after Manicini was let go and we heard that Mourinho was coming. If anyone could turn him around, it was Mou. And for a while, I thought he had.

Adriano Returns - The Good One and The Bad

September was great - he had a great goal against Panathinaikos and scored the winner against Anothosis. He played well against Torino and Bologna, and was a pivotal part of our historic victory over Juventus. But then things started to slip. Once again there have been missed trainings, late starts, rumored drunkenness... And now he was a day late getting back from the winter break and looking at a huge fine.

Mourinho had words with Adriano when he finally showed up to training, and, although Mou said he was only speaking about his vacation in Brazil behind his hand, he doesn't look all that jovial in this video of their chat:

"I believe he will remain. I always said that I wanted to end the season with the same group of players that I began the campaign. Adriano is working well and I believe he could make an appearance in one of our first three games this year."

The question is: do we still want him? Even if he can clean up his act, has he burned one too many bridges? True, he has had his share of strife, but is there any place for pity in professional football?

So you may all express yourself here, I have constructed another little poll. The last was so fun, I thought we should do it again (you will tell me if they are getting old already, wont you?)

As for me, I am undecided. I think there is still talent buried somewhere in there - look at how well he did in Brazil - but I just dont know if he can ever find it while playing in Italy, there may be just too much baggage. Luckily, we have a couple weeks before the transfer period closes so I say, lets give him a couple games and see. You never know, he may finally find his way out of the hole he had dug for himself. If he doesn't, there is still time to send him packing. 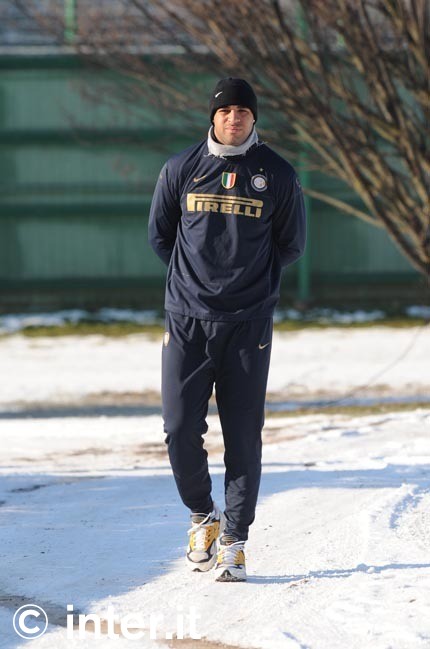