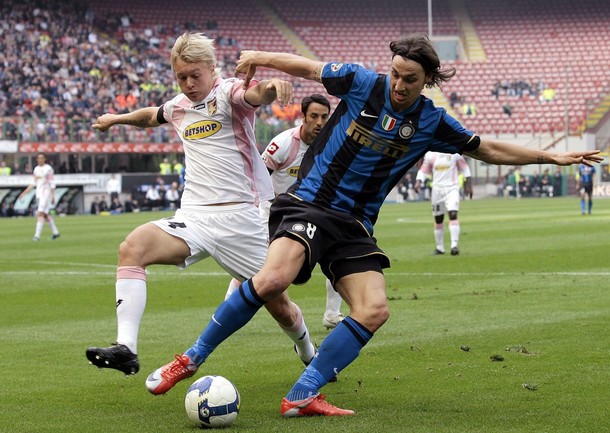 I have been thinking about this post for a couple days now and I still dont really know what to say. Inter had a great first half. We were two up, Balotelli got a goal, Palermo couldn't hold to possession to save their lives, Mou looked smug - everything was right with the world. And then the second half came. Within three minutes the Pink menace had equalized and ... well... everything went horribly pear-shaped.

Luckily for us, Il Grifone slew the old lady later that evening. Suddenly one point didn't look so bad.

Ok, I have a confession to make: I didn't see the whole game. I know, I know, I should have my admin powers stripped and my password expunged. I apologize. To be fair, it wasn't entirely my fault. You see, I watched until the first goal then turned it off in disgust. The game was on the DVR so it was not problem, right? Wrong. The SO, if fit of hard drive cleaning zeal, erased the game. I have it set to record again, but until then, the last 18 minutes or so of the match is a mystery. I sort of dont think I missed anything. 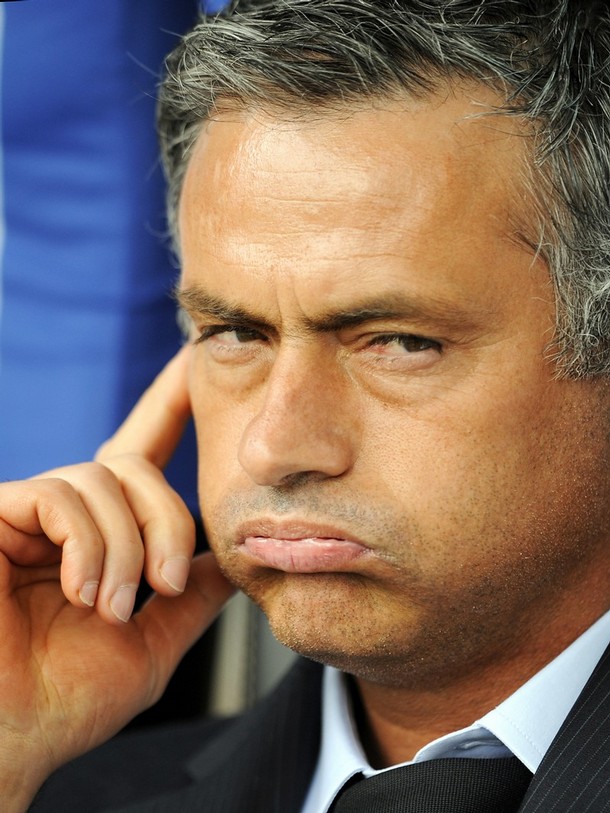 I somehow dont think this is Mou's happy face.

Well, I have some indications. There are the match reports (here and here), and then the post game statements. For instance, Mou said:

"We had a lapse in concentration. It's a pity that no one listened to what I said in the dressing room during the break. We talked about a match that seemed over at 2-0, but wasn't. It would have been a big punishment for us if Palermo had won the match 3-2. Palermo made it hard for us today and earned a precious point. The championship is made up of moments in which you receive presents and others in which you give presents. Last week we took advantage of Juventus' draw against Chievo, and Juventus will take advantage if they win tonight. It's no drama if today we have a seven-point lead."

Oh, but that's right, THEY DIDN'T! And every Interista breathed a huge sigh of relief. Thank you Genoa and thank you Thiago Motta.

Let's put this behind us and think to the future.

Julio Cesar is back in training. Maicon is in physiotherapy and back on track. The squad is happy and motivated. I have a very good feeling about the rest of the season - serene even.

Good for you Balotelli. There may be hope for you yet. 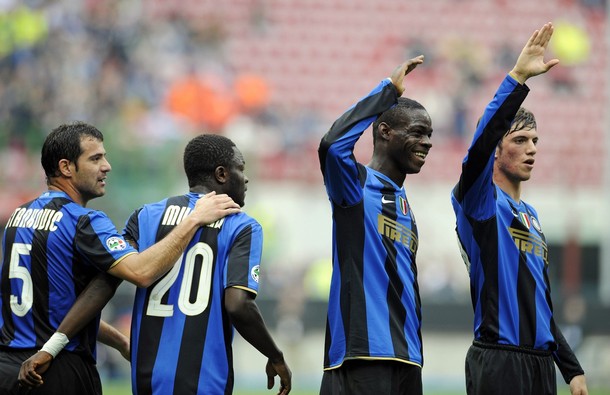