Share All sharing options for: Er... What Just Happened? 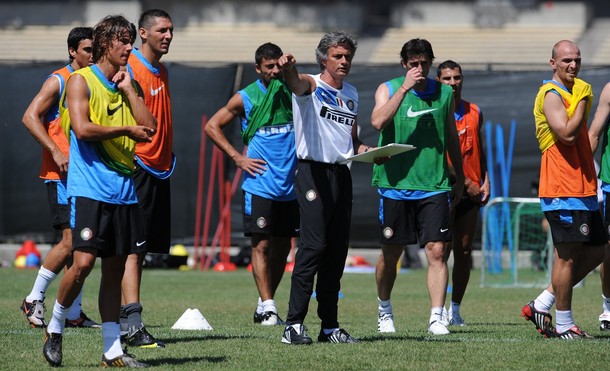 Here we were, having fun in LA, horsing around and getting ready for our very first match of the new season, when WHAM! In swoop Barcelona and no more Maxwell. And for practically peanuts, too. Now, the deal isn't completely finished but so far, it does not sound very promising for Inter. Besides all that, we have the friendly to talk about... oh, and new kits. Lets get at it.

This whole Maxwell deal has me very perplexed. He came to LA with the squad, he was training, looking happy, and then out of the blue, he is going to Barcelona.

According to Barcelona's web page:

FC Barcelona and Inter Milan have reached the beginning of an agreement for the transfer of the Brazilian Scherrer Cabelino Maxwell Andrade “Maxwell” for a fee of 4.5 million Euros with an additional 0.5 million in variable payments.

Yep, you read that correctly - only 4.5 (or 5 if Maxi does really well) million Euro. Chump Change. Still, nothing is set in stone - note the phrase: beginning of an agreement. It could be that a player is coming back the other way. Who, you ask? I really could not say. Besides what I see during Champions League games, I dont know a darn thing about FC Barcelona. I just have to believe, though, that there is more to this deal than is being reported on because basically, if this is the way the deal stands, Inter just got hosed (estafados?).

First of all, Maxi is not perfect - he has some distribution problems and has been caught ball watching - but he is no slouch either. I know he was a bit pissy when Santon started getting a bit of play time, but I thought we had worked everything out. Inter had offered him a contract renewal and he seemed poised to sign. And now this. I am a tad flabbergasted. I know we have to trim four players from the squad, but shouldn't we pick the bad ones to go (coughRivascough)? I wish him all the best, but wow, this is all so sudden. My question now is, does he play tomorrow or not?

What: UCLA Bruins v Inter Milan
When: Thursday, July 16, 4pm pacific, 7pm eastern
Where: UCLA Campus
How to Watch: er... well, I will have to see about that. The Inter Channel is broadcasting so everyone cross you fingers for a stream (if you find one, post it). If not, there is always Inter Radio.

Yep, this is it, Inter's first game of the 2009/2010 season (Hooray!). I dont know if anyone not subscribed to the Inter Channel will be able to see it, but I am happy the season has started (ish).

First off, Toldo will not be playing. He got a concussion on the first day of training and, while he looks to be ok, still needs to rest for a few more days. Since Julio Cesar is not in training yet (he and Maicon will not join the team until July 21 because they played in the Confederations Cup), that leaves Orlandoni or Belec in goal. Yikes.

That also has me a bit worried for the Club America and Chelsea games. Friendly or no, I want to win.

In defense, once again, no Maicon, and no Zanetti (on vacation until the 18th), so that means... I dont even know any more. The deal isn't official for Maxwell yet, so does that mean he plays? Just in case? Will Mou play the squad he thinks is the best? Or will he throw in some of those members he would like to see go - you know, to show them off to the punters? He did say in his press conference that he would not play those who refused to leave (Vieira, I think he means you), did he mean it? Will everyone get a chance, or will he play it straight and make only three substitutions?

So many questions that I just dont have an answer for. So, how about this: who do YOU think Mou will play? 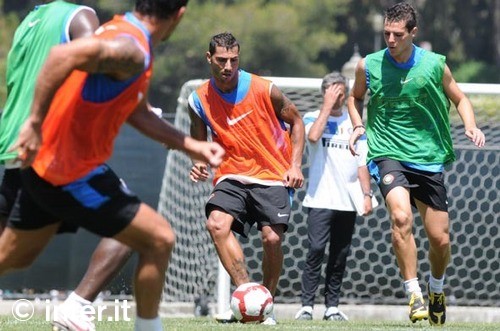 I would say this looks promising except for Mou clutching his head in the background.

After the game, the new kit will be presented at the Ricardo Montalbán Theater in Hollywood. Swanky. Sky and the Inter Channel will broadcast the event so there may even be a stream. I will be feverishly scouring the internet for one, so if anyone has something, post it please. Whatever the outcome, I will at least post pictures here as soon as they are available.

As for the upcoming World Football Challenge games: I know that many of you who frequent The Offside are going to attend at least one of these games. To help those of you who would like to meet up, I will post something up a couple days before each game to help you all coordinate. I have access to people's email address so, if you request it, I can help you get in touch with one another without anyone having to broadcast their contact info over the internet. Whatever you all need, I am totally here for you!

Since I have no training pictures of Julio Cesar to share, here are some from the Bahamas where he is on vacation. The first is beefcake JC: 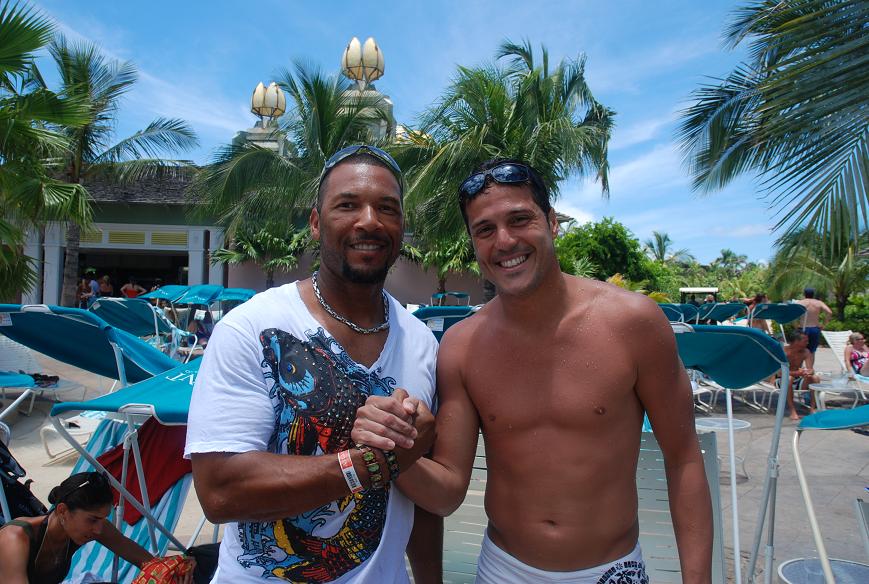 And now everyone all together: AAAAAWWWWW. I give you the very attractive Julio Cesar Family: 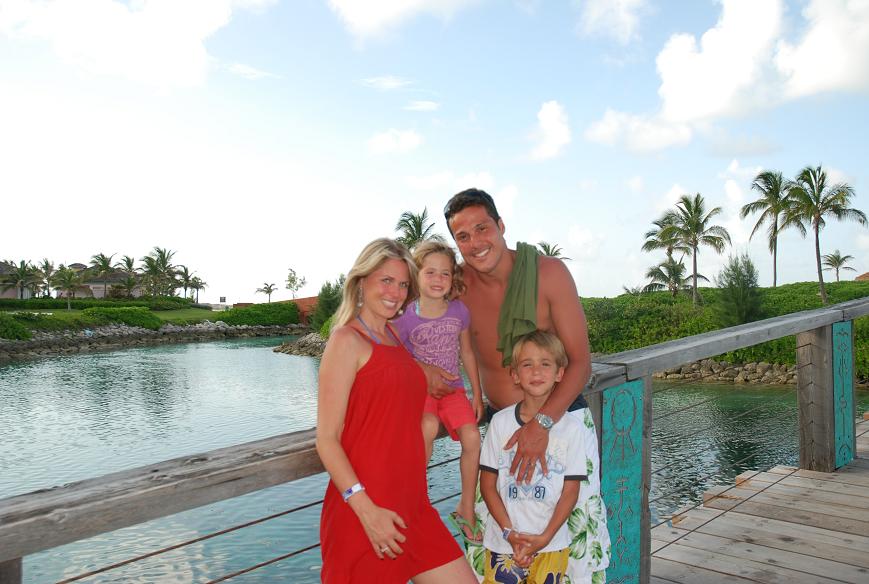