The New Kits: Yes, They are Black and Blue

Share All sharing options for: The New Kits: Yes, They are Black and Blue 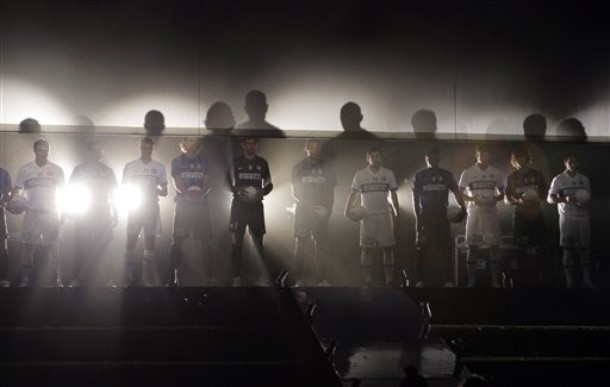 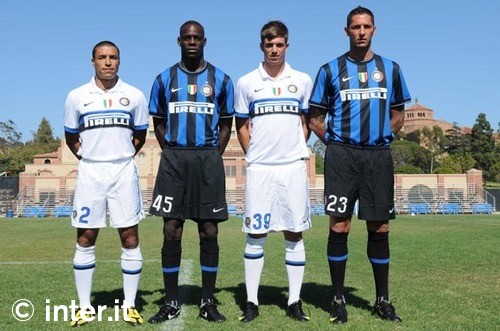 The rational behind the new kit (from Inter's web page):

The 2009/10 home shirt marks the one hundredth anniversary of Inter's first Scudetto and the the triumphs of the 1965/66 season when Inter won their tenth league title and second Intercontinental Cup, while the away shirt recalls that worn by the Great Inter side of the 1960s. The club crest is encircled by the colours of the Italian flag on both shirts. 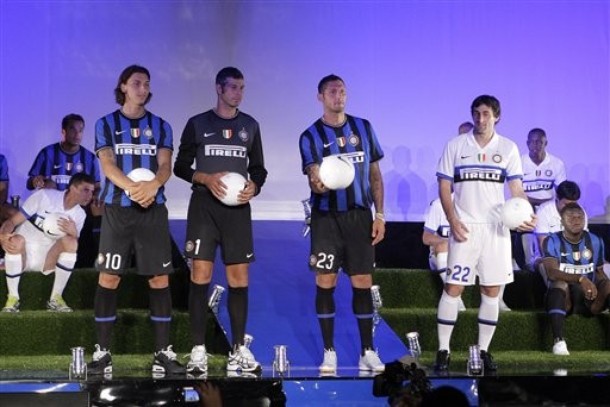 If you notice, Toldo is wearing a kit very much like last year's keeper uniform. In fact, it is exactly the same. Apparently, this venue was just too large for the new keeper kit:

Toldo, Orlandoni and Belec were the only players on stage wearing the same kit as last season. This is because Nike will organize another, more intimate presentation, to reveal a unique new goalkeeper's shirt for 2009/10.

Oooo, it sounds a bit naughty, doesn't it? Admit it, you are all curious now. Ten minutes ago the last thing on your mind was Inter's new keeper shirt but now you that is all you can think about. For me, I am just dying to know why the uniqueness of the jersey requires intimacy. The mind boggles.

As for anything else that may be happening in the Inter universe, at least for tonight, I am putting my fingers in my ears and shouting "la la la la" at the top of my lungs. 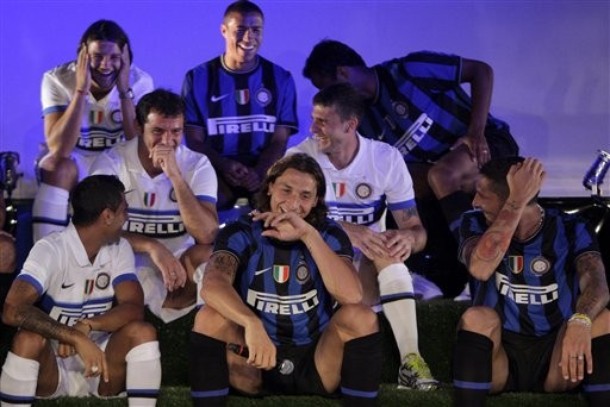