I Like the Motta/Milito Signing. Am I alone in this? 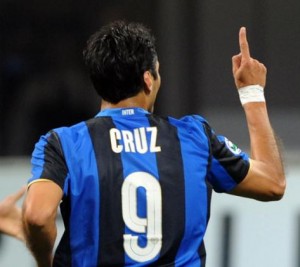 First, I have a few thoughts about Cruz. Cruz has something, a certainty maybe that the goal would happen when he needed it too. Cruz always had that goal somewhere in a big game (ahemJuventusahem) that was the difference between winning or drawing and losing… between living and dying that week.

Like Johonna said, it’ll be hard to say goodbye to him, I am used to seeing him on the bench, or on the field in the best looking shirt in the world, but at the same time I am excited at what seems to be a new departure for the club from the Mancini era – who for the record, I didn’t have any problems with as the manager of The Beloved. On the contrary, I was happy that we found a manager that we could keep for a few years and actually implement his ideas.

But that time is now officially over. Mourinho and Moratti are saying goodbye to that era and bringing in a newer one. Again, I am happy that we are giving a manager multiple years – so far – to implement his plan. 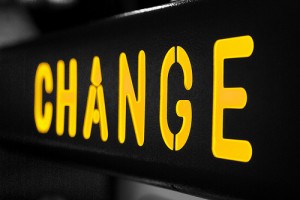 And this seems to be the summer of change at Inter. Last season, we were told by media and enemies ad nauseam that we were playing with Mancini’s team – as if it mattered or as if we cared. Most of the starters will remain, so the new era is, in part, going to be marked by the departures of those that are not considered contributors and a streamlining of the roster. The other part of the new era is going to be marked by arrivals. Of which, we already have 2 – Diego Alberto Milito and Thiago Motta. And I have to say, I like both signings. Does that make me alone in this? 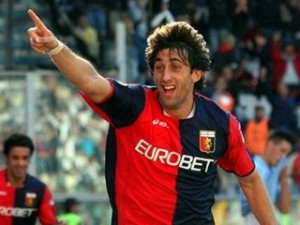 Diego, I think is the essential signing here. We desperately need some help up front, since as of right now Ibra is our only proven Serie A threat. Balotelli will be one, soon, but he has yet to prove that he can stay in the right mindset for the whole 38 games – despite the ebb and flow of the season. And let’s face facts; Ibra won’t be here too much longer. Milito is a professional who has proven in 2 leagues that he can stay healthy and deliver the goals.

On his first tour with Genoa, he played 2 seasons for 59 games and scored 33 goals. After Genoa was relegated he went to Spain and played for Real Zaragosa. He was there for 3 seasons and was eventually named captain. He scored 51 goals in 108 games. He went back to Genoa last season and played 31 games with 24 goals. There are 2 very important conclusions to get from those stats. 1. That he played over 30 games a season for each club he’s played for. Considering that we are trying to replace Adriano who found it tough to make 17 games this season and wasn't even on the team for half of the season before, this is a good thing – he’s healthy and wants to play. 2. He’s averaging over 1 goal for every 2 games… for 6 seasons in Italy and Spain.

He also is minus the drama and insecurity/immaturity of Adriano. He is going to be 30 for the upcoming season (He just turned last month) and by the end of his current contract he is going to be just turned 34 (he’ll be 33 for that season). Does that make him too old to play for us? I don’t think so. He appears to be another in a long line of late bloomers since his career seems to have actually taken off when he was around 24 or so and really, with current medical science and training methods, 33 isn’t incredibly old for a player anymore. 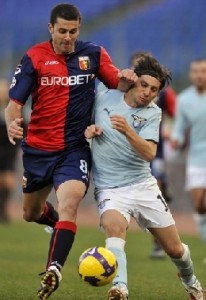 His former and current teammate Thiago Motta is much more of a gamble, but just as important for us as a signing. Our midfield was a shambles late last season, thanks to the Coppa and the Champions League. This all points to one thing – fatigue. Let’s look at a few stats from last season first:

Total: 161 starts/4 players = just over 40 starts average out of 51 games each.
For those curious, the player who was most likely to come on as a sub for one of these guys – Patrick Vieira – with 10 substitutions on. And remember, we had to use 36 year old Figo regularly during those last few months.

Basically the point I am getting at here is that for the just over 50 games that we played last season (Super Cup, Serie A, Coppa, Champs League) the big four of our midfield is starting and playing the entire game almost 80% of the time. We need someone to come in and give this group a break. Plus, we have been blessed with relatively no injury problems for this group – and for Cambiasso, that’s something of a miracle. That good fortune can’t continue. So we need another player of high quality. Motta is probably the best midfielder in Serie A that is available – if he can keep healthy, which we have proven to be able to do here.

Okay, so obviously I think that we need another midfielder. But, do we need this midfielder? Well, there is an argument that Motta has many of the attributes that we look for in our players under Mourinho. He’s big, physical, tough on the tackle and can play a whole game. For those who have been paying attention, they know that Mourinho likes that kind of player. He’s relatively young; he will be 27 for this upcoming season – heading into his prime years. He’s also got an Italian passport, which is important for those Champions League games as he doesn’t count against the non-EU player restriction.

The knock on him is that he’s injury prone. He played 101 games in 2.5 years while he was with the Barcalona B team. But he played 138 games in 6.5 seasons with the senior squad. Part of that is due to the glut of talent Barca had/has in the midfield. But the trouble for Motta really started when he suffered a serious injury to his left knee in 2004, halfway through his Barca career. He moved on to Atletico Madrid in 2007 where his knee problems caused him trouble again and he rarely saw paying time. In 2008 he played for Genoa making 21 appearances. This is the most games he’s played in a season since before his initial knee problem with Barcalona.

So he’s a bit of a gamble. For me, success for Motta will be over 20 appearances during the season and giving the big four of our midfield a chance to rest. I expect him to integrate himself pretty quickly since he’s a Serie A vet at this point and I expect him to be a pretty defensive player. I expect him to be the first 1-0 lead substitute, mostly. I don’t know about his personality but if he’s anything like Milito, then we are golden.

So in the end I have to say that I like this deal. We paid a relatively cheap price for them: 16 million Euros or so plus 4 youth players. Some will say that Bolzoni and Acquafresca – 2 young players with nominal, at least for Bolzoni, Serie A experience was too high a price, but I think I disagree. Time will tell how Acquafresca turns out, but I think the other 4 players were in reality, not really players that we could use if we want to continue to challenge for the Scudetto. So assuming that Acquafresca turns into something special… it’s still 1 player we could have potentially used in the future for 2 that we can potentially use right now. I think that’s still to our advantage for our plans this season and next.