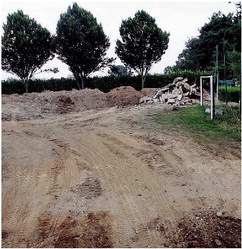 But probably not the ones you might be thinking of. Sure, Mourinho has spoken of shaking up the squad a bit: dropping a few of the aged and promoting the youth, but these changes are of a more concrete nature. Mourinho is having Inter's training facility in Appiano Gentile completely overhauled. The Centro Sportivo Angelo Moratti, or, more colloquially, La Pinetina, is getting a 1 million euro face lift and the club is trying to purchase the 130,000-square-meter (that is about 32 acres for you non-metric types) sports facility next door.

While the squad is in Los Angeles getting ready for the pre-season, the construction equipment is hard at work back at La Pinetina.

According to Il Corriere dello Sport, Moratti is taking out the track (which you can see in the air photo below, just east of the "A") and turning it into another pitch so that two squads can train at the same time. The new pitch will be super high tech with heating pipes under the grass to melt the frost and snow in winter and it will be planted with the same grass as the San Siro. In addition, the pitch in front of the grandstand (where the Primavera team plays) has been made over with the soil and grass from the dismantled track area. It is all ready to go while the other pitch will be ready by September.

Inter is also trying to buy the Sports Center of Pinetina next door. The center includes six soccer/tennis courts (can they be both?), two Olympic-sized swimming pools and two restaurants.

So far, the make over has not included any new buildings but the existing structures have all been remodeled. Office space has been added while new equipment has been purchased for the fitness center. Yep, La Pinatina has gone state of the art.

And just when you thought the contests were over...

Inter has partnered with Sky1 to bring you Football's Next Star.

Basically, it is just like American Idol but for football. Sky1 is having trials across the UK and Ireland, and, after a grueling trial period, 10 finalists will fly to Milan and train at Inter Milan's youth academy for 5 weeks. At the end, "under the scrutiny of Mourinho and his top coaches, the best will be offered a contract with Inter Milan" - or, more accurately, our youth academy. Trials are going on right now, so, if you think you have got what it takes, get to London (July 12-15) or Glasgow (July 17-20). Oh, and you have to be between the ages of 16 and 18 with a valid UK or Eire passport and a boy (of course - shaking fist).

As for Inter's transfer market, there is still no news. We still need a midfielder and a central defender, plus to trim the squad down so fingers crossed everyone. And, light a candle to the Calcio Gods so that Vieira will find the will to leave.

Oh, and I almost forgot, Mourinho is on a short trip to Nigeria. Scoping out the talent, I guess. 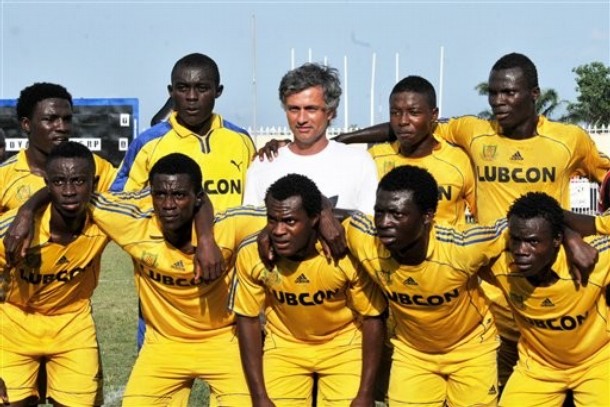