We Learn Our Fate Tomorrow

Share All sharing options for: We Learn Our Fate Tomorrow 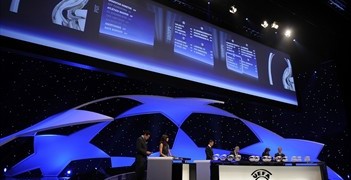 In more ways than one. First, tomorrow the groups will be drawn for the next stage of the Champions League. Second, tomorrow we see whether Wesley actually gets on the plane this time.

For those of you that have not been following this year's transfer season soap opera, Wesley Sneijder has reportedly said "Yes" to Inter... Again. Of course, he supposedly said yes on Monday before changing his mind and missing his plane on Tuesday. 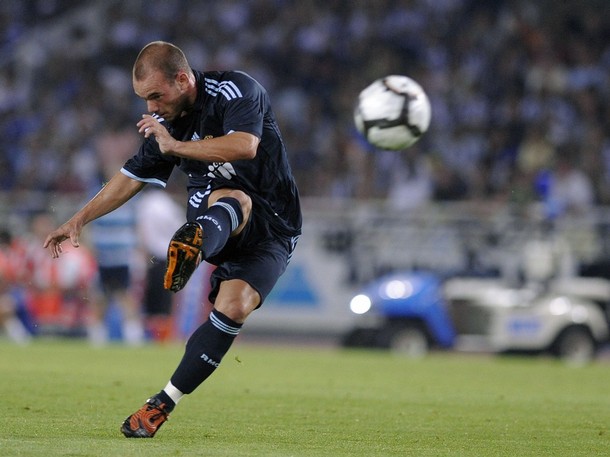 If you are to believe the rumors, the reason Sneijder was loath to leave Real was that his new girlfriend (he is recently divorced) works for the team and could not follow him to Italy. He had a meeting with team officials yesterday and supposedly had convinced them to keep him on. Today, though, according to il Corriere dello Sport, his agent informed Sneijder that he would not be on the Champions League list.

I guess that must have been the thing that finally ripped the scales from his eyes, because now the reports are he has agreed to a move to Inter and will be on a plane to finalize the paperwork tomorrow. In his own words, he is very happy to start wearing blue and black and is even ready to play on Saturday.

The only thing that keeps me interested in this affair is that the Plan B seems to be Julio Baptista. I think Carlo Garganese at Goal.com sums up my feelings quite succinctly when he writes:

"Baptista has been one of the most over-rated and inconsistent attacking midfielders to bless the European game over the past few years. The Brazilian has been horrible ever since he left Sevilla in 2005, and has failed at each of the three big clubs he has represented – Real Madrid, Arsenal and Roma. Why should this change at Inter?"*

The thought of him at Inter is enough to make me completely change my perspective on Wesley Sneijder. Whatever he is or isn't, he is at least a huge step up from Julio Baptista. So, if it turns out to be true this time, Welcome Sneijder! 'Cause at least your better than Baptista!

*On a side note, Garganese didn't think Sneijder would much cut it either. He thought Inter should have gone for Franck Ribery or David Silva. Sure we should, because we have an enormous pile of cash just lying around.

Tomorrow UEFA will make the draw for the Champions League. Basically, Inter's inability to do well in Europe has dropped our coefficient into the toilet. This has, in turn, dropped us into Pot 2 which means we are not a top seeded team and will have to play one them to make it past groups.

(For any that are interested, you can find how this coefficient is derived here, on page 42).

AC Milan, on the other hand, will be seeded so will have a much easier time of things. Oh well. Fingers crossed it is Bayern Munchen. I think I will commence to quaking in my boots now.

Well, at least we still have our hunky keeper! 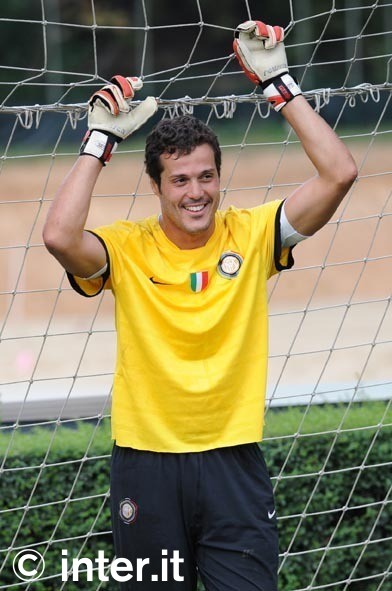