Are We Done Yet? Can We Have Our Football Back?

Share All sharing options for: Are We Done Yet? Can We Have Our Football Back? 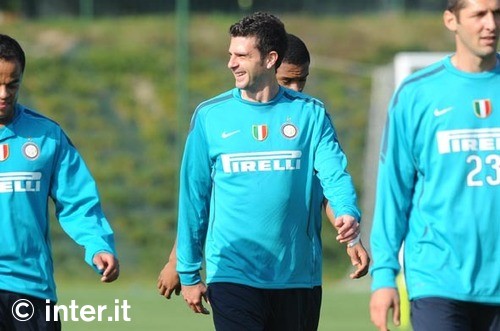 Hey Ho, Gang. Here I am back after a quick weekend away. I mean, I might as well since the whole international break and everything. Anyway, the cabin at the beach had no Internet and no phone so nothing to worry about but getting caught in the rain (and not spilling my drink while crossing the rickety pontoon bridge to the beach). I come back here and find all sorts of injury drama and crazy rumors. Still, it is not all bad news: look who is back training with the squad (above)!!!

Right. So no getting around the 500 pound gorilla in the room: Cambiasso and Milito have injured themselves in some stupid f-ing international friendly that meant less than nothing. What's worse, it seems that the only reason either of them played was because the Japanese organizers wanted some big names (I swear I read that, I cant find the link, though). International breaks suck, but the friendlies are the absolute worst. Anyway, both will be out for some weeks, Milito more than Cuchu, but either way it is a bit of a blow. And for nothing. NOTHING. Argh. Anyway, La Gazzetta made this lovely little graphic to explain the injury to us fans while providing Rafa with a couple tactical alternatives. Both sort of make my head hurt.

Of course, both of these lineups call for Pandev who is still injured... And Thiago Motta is not quite ready either. Anyone here play midfield? How about striker? Anyone?

Still, on the up side, it looks like Samuel and Zanetti will both be available this weekend. Hooray! And Thiago Motta (remember him?) looks poised to make return. He is back with the squad and that is a good sign (although he doesn't look to actually play for a while yet). Of course, IRC is still out... and Pandev... Well, never fear, Inter has bounced back from worse and still gone on to do great things. Remember the great midfield crisis of 'ought seven? Does the name "Maniche" ring a bell? Well, that came right in the end (even if we were subjected to the horrors of Chivu in the midfield). I am sure we will pull through here as well. 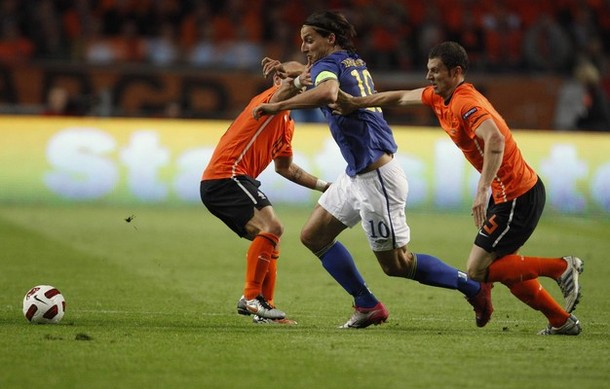 As for our internationals (the ones still standing, that is), Chivu and Eto'o are back. Mariga, Santon, Stankovic, Sneijder, and Coutinho are still out, but I am sure they will be home soon. Lucio is off on leave somewhere. Oh, and Suazo was finally ok again except now he isnt any more. Yep, another injury. That guy just cannot catch a break.

And the Babies crashed out. No Euros, no Olympics, the Azzurrini will be spending their summers at home for the next couple of years. What do you bet Casiraghi gets the sack any day now. 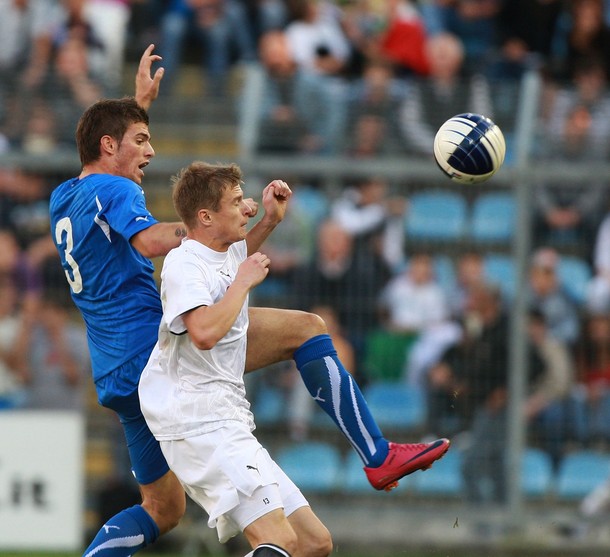 At least the babies won 1 of their games.

The U20 team did a little better, beating Switzerland 3-0 in some small tourney. One of those goals was made by Caldirola, a youth defender on loan to Vitesse.

The itty bitty babies are also doing ok in the UEFA U19 championship. So far they have won all three of their games. Crisetig and Natalino saw a bit of both wins (over the Faroe Islands and Croatia), while Benedetti only played in the Croatia win. It is early days yet, but it always helps to start on a high note. 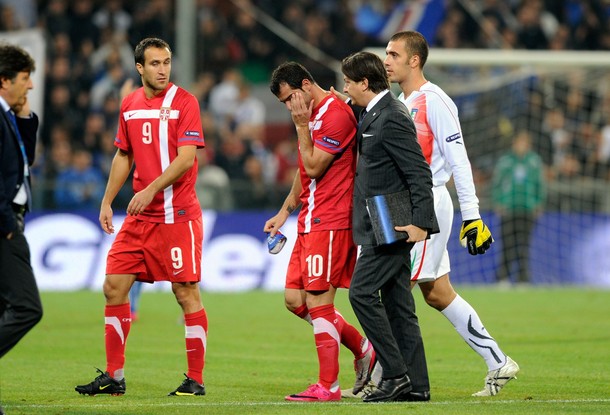 I think we are all troubled by the horrifying ending to the Italy Serbia game today. The terrible conduct of his countrymen seems to have really affected our poor Deki Stankovic. He was clearly very upset by the whole thing; he even went to the Italy dressing room after the game had been abandoned and apologized to the team. This just proves what I have always thought about Deki, that he is a stand-up guy. I guess that at one point, the officials asked the Serbian team to try to calm the fans down. As part of that attempt, the team clapped which confused the Italian Press. After the "game," Deki gave a short interview where he said that they were not applauding the ultras, only trying to calm them down. In the end, the whole squad was in shock.

Who is the better juggler, do you think? 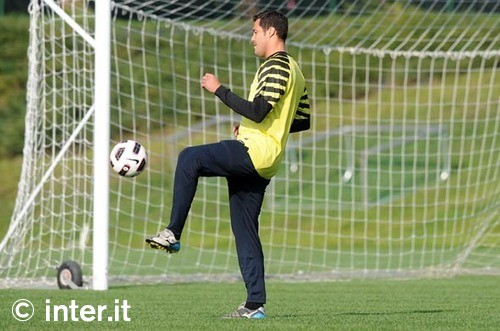 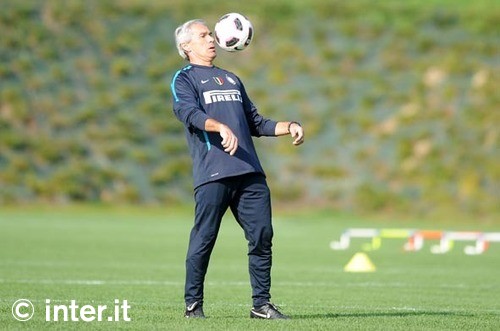