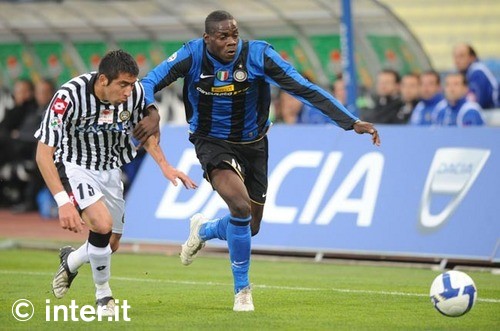 Off we go to lovely Udine, way up in Fruili, just a stones throw from Slovenia, to take on a team in a bit of trouble. Udinese is a bit of an enigma: they are a pretty good team, solidly mid-table in the past, who now find themselves only four points above the drop. They will certainly fight for every last point on offer. Inter, on the other hand, still sits loftily at the top of table although the snapping pack is getting closer to our heals. Three points would certainly help all us Nerazzurri to feel a little more secure. It wont be easy, though. Between the tired legs, injuries, and the heavy hand of Giancarlo Abete pushing back in the form of ridiculous suspensions, rising above adversity is going to take every ounce of grit and determination we have. Luckily, this is something Inter has excelled at this season.

What: Udinese v Inter
Where: Stadio Friuli, Udine
When: Sunday, February 28, 3pm local time (6am pacific, 9am eastern)
How to watch: No American TV, but it will be broadcast live on ESPN360. If all else fails, find a stream: MyP2P, Rojadirecta, Ustream, and ATDHE.net

Over the years, Inter and Udinese have met a total of 86 times in all competitions, and, when you look at the body of work as a whole, Inter has done fairly well: 41 wins, 29 draws, and only 16 losses (135 goals for, 84 goals allowed). When you look at things a little more closely, though, it becomes clear that Udinese is one of those teams that recently, no matter thier position on the table, always seem to cause Inter real trouble - especially in Udine. Inter hasn't scored more than one goal against them at the Friuli since 1996. True, Inter won this fixture last year, but by only one goal (and an own goal at that). The previous two years, this fixture ended 0-0. I tell you, they are a tough nut to crack.

The "highlights" from last year:

As I said, Udinese sit perilously close to the relegation zone. With only 27 points, one bad result coupled with a Lazio or Livorno win, and they would be in serious trouble. I dont really understand how they find themselves in this position. They have some great players on their team, players that Inter were interested in, like Inler, and the league top goal scorer. They really should be doing better. Hopefully tomorrow wont see the beginning of a resurgence. Let them wait for Atalanta to right their ship.

Marino has called up 23 players:

D'Agostino and Floro Flores are both still injured (which may be one of the reasons Udinese is struggling), as are Obodo and Basta. In addition, Pepe, Domizzi, Handanovic, and Pasquale are a booking away from a suspension.

While Udinese cant seem to win a game away, they do pretty well at home, only losing 3 out of 12 matches. Plus, they actually have a positive goal differential at home. Good for them, not so much for us. For some reason, they save their "A"-game for Inter. They are going to make us work for it. 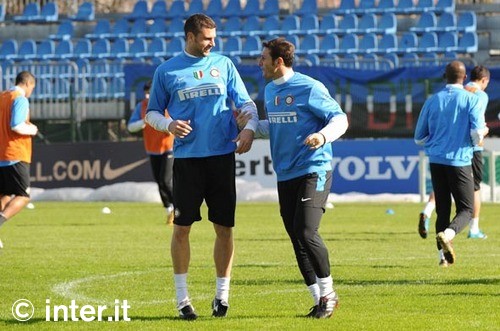 Dude, we really need you to be good on Sunday- like Genoa good.

Mourinho has circled the wagons and called up every single first team player - regardless of injury or suspension - and two youth players:

In my mind, this is a brilliant piece of work by Mourinho. He presents a unified front against he world while cementing the importance of each and every team member in this scudetto push. It is one for all and all for one - and we are all in this together. Brilliant. Plus, it really keeps everyone guessing.

Just to be clear: Muntari (1), Samuel (1), Cambiasso (2), Cordoba (1), and Mourinho (3) are banned. Chivu and Santon are injured, while Materazzi seems to have recovered enough to play. With that yellow for simulation against Samp last week, Eto'o is a booking away from a match ban. 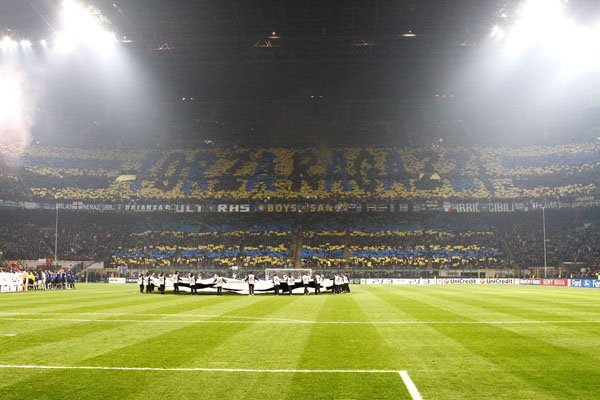 Rousing choreography from the curva before the Champions League game.

Mourinho did not speak to the press today. Seems to me that is a logical choice. If the FIGC doesn't like what he says to the press, the easiest way to fix that is not to speak to the press. Problem solved. What that means for me, though, is I have very little to go on when trying to make predictions about the game to come. La Gazzetta thinks that Lucio and Marco will start in the back, but I wouldn't put it past Mou to start one of the babies. Still, I bow before La Gazzetta's superior knowledge and experience:

And I could live with that. I am especially keen to see what Mariga does with a start and a little play time.

As I said, no presser to dissect today. Instead we can all mull over the recent FIGC rulings. This is from La Gazzetta, who where thoughtful enough to publish the actual rulings in the paper on Tuesday (I am including the original Italian so you can all evaluate my translations):

or: "repeatedly turning an insulting expression towards the referee and assistants after his substitution." I have no idea whether this happened or not. Strangely, of the three non-game related bannings, this seems the most cut and dried. If he abused the ref, he gets banned. Of course, his is the only appeal that won; Muntari's ban was reduced from 2 days to 1.

"in the half he tried to punch an opponent; offense noticed by the Federal prosecutor." Presumably the same prosecutor Oriali complained about (and was banned). Strangely, no one at Sampdoria noticed this punch. They even wrote a letter telling the court to tell them so. For me, this is the most questionable of all the rulings.

"fouled a player in possession of a clear scoring chance." Ok. That one makes sense. Stupid on Samuel's part.

"Dismissed for a second yellow." The yellow was soft, but there was contact, and, I can certainly be convinced it was the correct call.

"Has contested the referee with a theatrical attitude, mimed the handcuffs, and insulted him (the ref, presumably) during the interval."

Mourinho is adamant that he never insulted any ref. And since when is it against the rules to be a drama queen? So now the standard is not what you say but how you say it? This ruling has me particularly angry. What the hell business is it of theirs if my coach is overzealous in his hand gestures (in a very Italian sort of way, I must add)? Plus, he gets tagged for 40,000 euros and 3 matches for a gesture I couldn't understand (let alone be offended by it), while the little dutch boy in essence flips the whole opposing curva off and, because he did it in a moment of joy, gets a pat on the head and a slight head shake (boys will be boys, after all). CRAZY

An expression of joy?

"He objected repeatedly during the match the presence of the federal inpectors near the bench."

This has been a problem for Inter since the last derby and something Oriali, Mourinho, and Branca have complained about before (I think Branca got a touchline ban a few weeks ago for his complaints). Apparently the FIGC has placed inspectors in the Inter technical area to police the coaching staff and team. To my knowledge, they are not doing this with other clubs. It is my understanding that while the FIGC has people at all the games, they do not usually place them in the technical areas. To me, this seems a blatant attempt to catch Mourinho out. And, it seems, our players. The best part? There is not one single thing me, you, or the club can do about it. The FIGC rules absolutely and, short of the appeal (which was largely rejected), there is no recourse.

Well, there is one thing the team can do about it. We can win, and win convincingly.

My own little fan protest. I can't make it to the stadium so this will have to do: 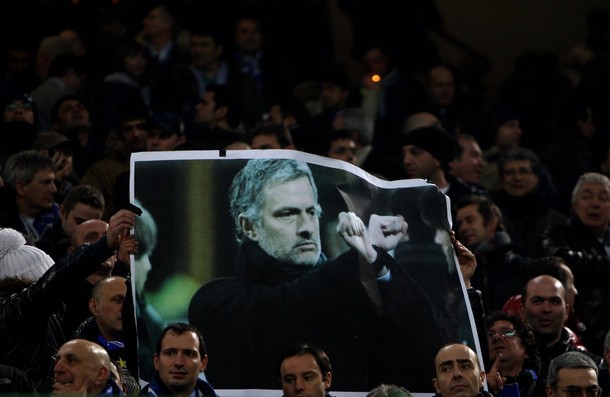