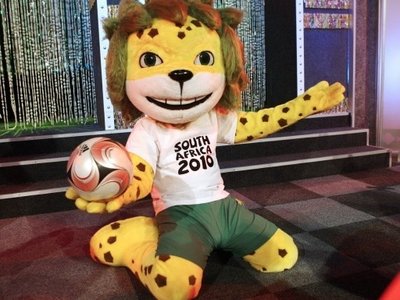 I wrote this yesterday before the coach thing came down. I guess it still has some relevance.

As many of our squad have gone to play with their respective national teams, I thought I would try to keep everyone up to date on how they are doing.

Inter has ten players out with National teams: 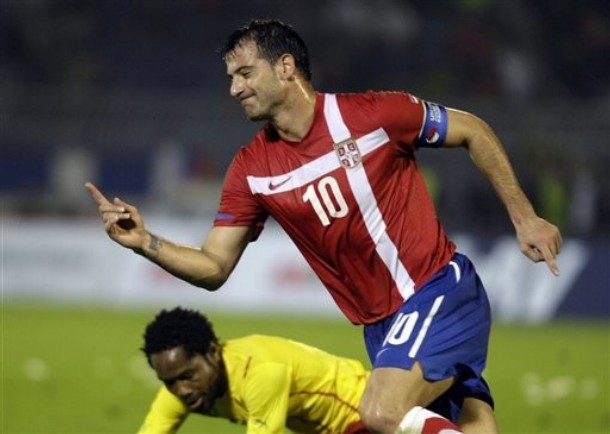 Deki's Serbia did not get off to a good start. There were some rumors that he had injured himself in training and would not take part in the preseason friendlies at all. While he did not play in Serbia's first friendly, a surprising 1-0 loss to New Zealand, it was not due to injury but simply because he needed a rest. Stankovic was on the pitch for Serbia's friendly against Poland, a disappointing a nil-all draw. He had an early injury scare as he had to leave the pitch in the seventh minute with an ankle problem, but was able to come back on and finish the game. Just today, though, things are looking up for Serbia as they twice came from behind to beat Cameroon 4-3. Deki scored the second goal for Serbia (the equalizer at that time in the match) so it seems he is fit and ready to go. 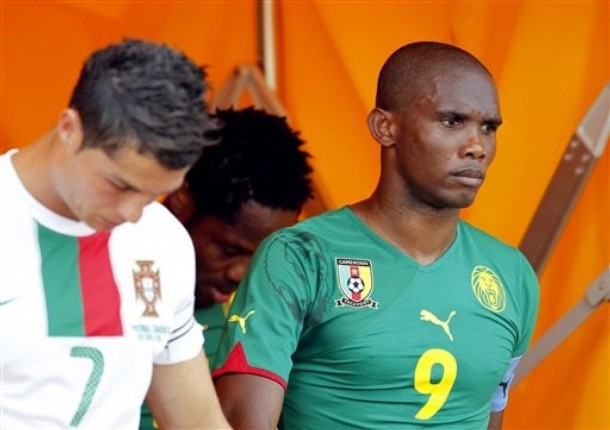 Samuel Eto'o takes the pitch against Portugal and Ronaldo.

Samuel Eto'o has had a rough start to his international campaign. First, he threatened to quit the national team over criticisms by Roger Milla that he wasn't committed enough. Then, Eto'o didn't play Cameroon's first friendly, a 1-all draw against Slovakia. He was resting after the Champions League Final. And finally, during Cameroon's 3-1 loss to Portugal, Eto'o was shown a second yellow for a bad tackle a minute after Portugal went ahead 1-0. The red card meant that he was suspended for Cameroon's friendly against Serbia today. No word yet on whether that red will carry over to actual qualifying games or not. With Drogba most likely out of the world cup, there will be even more pressure on Eto'o to shine for all of Africa.

Maicon celebrates with a teammate during Brazil's game against Zimbabwe

Brazil have been training in South Africa so haven't had the European friendlies many of the other clubs have had. They played played Zimababwe last week, and all three Inter players saw some pitch time. Worryingly, Julio Cesar came off in the first half with a lower back injury. After the game, both Dunga and Susana Werner (JC's wife) said it was nothing serious, and, while he may miss a few days of practice, the injury will not keep him from playing in the World Cup.

As for Maicon and Lucio, they seem fine, but Dunga is worried that they may be burnt out after such a long and grueling club schedule. He said:

"We need to adapt the sessions and sometimes the best training is just about recovering your players. For example, Kaka needs to recover his playing form, but in the case of the Inter players, I need to tone down their training so they can play in their best shape. My assistants and I are watching the players all the time to check on their conditions. As soon as they show some weakness, we are careful and slow down the training. The first game against North Korea is close now, so we have to slow things down."

Brazil have another friendly tomorrow against Tanzania. No word, though, on whether JC is fit to play or not.

Maicon took time out the press conference to speak about the rumors that he asked for a transfer to Real Madrid. He said:

"I would like Inter fans to have no doubts about my loyalty. I never said 'I want to go to Real'. Never. Believe me. Inter is my home. Presedent Moratti bought me when I was a nobody and he gave me the opportunity to win it all. If today I am Maicon, I owe it all to the Nerazzurra. I have a contract that binds me to Inter until the end of 2014. I am fine with the Inter jersey. I am happy. I dont want to go away from Inter. Clear? But, if President Moratti decided to send me away, then the story would change. If Inter does not want me then I choose Madrid. Real is a prestigious club, it is famous throughout the world. Among other things, I would not have any problem inserting myself into the Spanish squad because I would be with Mourinho again. A coach that knows my characteristics. Fore me it would like continuing to play at Inter. And now this topic is closed. I will not respond to any more questions about my future."

So, he wants to stay at Inter, but should the club decide to sell him, he only wants to go to Real Madrid. It doesn't mean that he is staying but at least I dont feel like he cant wait to get away. Unlike some Swedes I could name.

The Oranjes have gotten off to a great start, first beating Mexico 2-1, then Ghana 4-1 and most recently, Hungary 6-1. And while Sneijder was not available for the Mexico game, he says he is not tired at all and winning the treble with Inter "is a huge incentive to take three titles with me to the Oranje, and I am hungry for more."

Well, he proved that hunger by getting goals in both the Ghana and Hungary games. I will wear by Sneijder Netherlands jersey with pride when we go down to the pub to watch World Cup games the week after next. I can hardly wait. 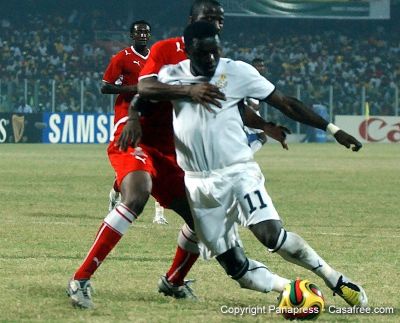 Muntari may well play in the World Cup yet.

Sulley Munari is another Inter player suffering from a worrying injury. While he played the first half of Ghana's crushing defeat to the Netherlands, he picked up a thigh injury that has seen him miss a few days of practice and today's friendly against Latvia (Ghana won, 1-0). Still, the doctors say that the injury is not serious and he should be available for the World Cup. 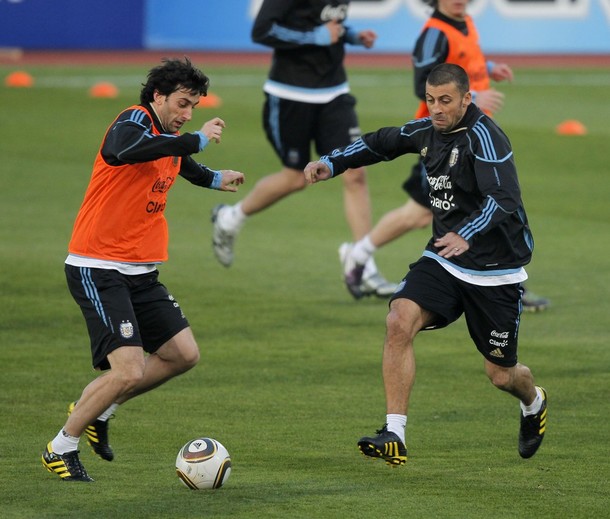 Samuel and Milito training with the Argentina squad.

For some strange reason, Argentina aren't really playing any pre-tournament friendlies. Well, they did kick the snot out of Canada, 5-0, but that was before Milito and Samuel joined the squad. Milito suffered a slight injury scare as he limped out of training on Thursday after taking a knock to his ankle. He rested yesterday, but seems to be on the mend as he returned to training with the squad today. Samuel seems to be doing fine. At least I assume that no news is good news. 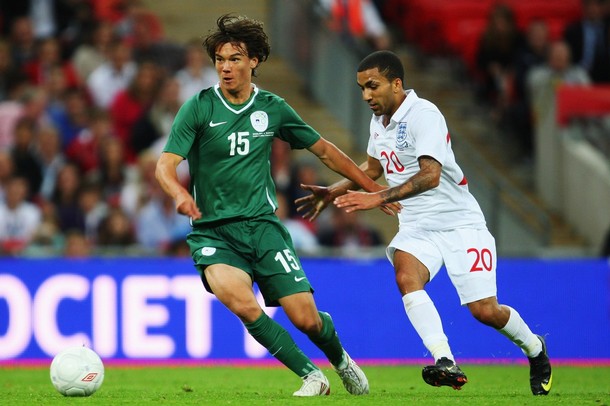 I know this picture is from last fall, but it is the best I could do. Rene looks so grown up.

Our baby is going to the World Cup! Yep, little Rene Krhin made the 23-man roster and even participated in Slovenia's 3-1 win over New Zealand on Friday. Sure, it was only 12 minutes, but it is a start. Maybe if he does well I will be able to find a picture of him in the new Slovenia kit (they look like something Charlie Brown would wear).

Ok, well that is all of them. I will be sure to keep track of everyone as the competition continues. Hopefully we have had the last of the injury scares. I would hate for any of our guys to miss the tournament after coming this far.

Only a week to wait now!