Share All sharing options for: Hey, Remember that Market Thing?

Well it is still going on. Inter aren't participating all that much but there are some odds and ends to clear up. And, last I checked, both Maicon and Balotelli are still Inter players. Hooray. 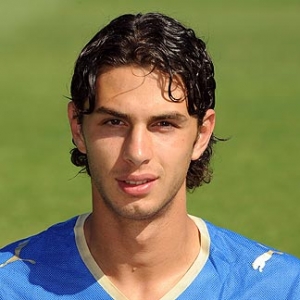 First, lets pre-welcome our newest co-owned player, Andrea Ranocchia. He signed a 5-year deal with Inter (until 2015) but will play next season with Genoa. As part of the deal, Mattia Destro will go on loan to Genoa with an option to buy half his ticket at the end of the year (for 3.2 million euro). Hmm, I think I will be watching a few more Genoa games this season.

Ranocchia (which translates to Frog in English) was born in lovely Assisi (of earthquake and St. Francis fame) and came up through the A.C. Perugia then Arezzo youth system before being snapped up by Genoa (well, half of him at least) and being sent on loan to Bari. He helped Bari win Serie B and promotion before making a name for himself in the Serie A. Unfortunately, he suffered a terrible knee injury in January which ended his season and his World Cup 2010 dreams. Poor kid.

Personally, I think this is a bit of a coupe. Adrea was hotly contested and fans from all over the Serie A wanted him for their team. I hope he lives up to all that pre-injury promise. Plus, he is easy on the eyes.

The Maicon and Balotelli drama wears on. Today was the end of the Real's 48-hour ultimatum, do-or-die, take the 22 million on the table or walk away period. I think the desired effect was for Branca to cave at the thought of missing out on the sale. As it turns out, when the club says that the price is 35 million, they mean it. Rumor is now that instead of walking away (as they said they would), Real are ready to up the offer to 25 million (or maybe 28), although that is still quite a ways from where Inter values him.

My favorite bit of this whole drama? Well now Caliendo is saying that Inter owe Maicon an apology because they are negotiating without asking his opinion. WTF? His opinion on what exactly? 'Cause it is so not his job to set prices if that is what he is after. Also, if we are talking disrespect here, why isn't Caliendo all up in Real's grill about not properly valuing his client? I hate agents. Anyway, the upshot is, Maicon will show up for training with the rest of the WC Brazilians on Monday.

As for Balotelli, so far everything is smoke and rumors. The two Manchester clubs were supposedly competing for him, then maybe Chelsea joined the fray, but nothing concrete has been said about any supposed offer. Who knows what is up with that kid. 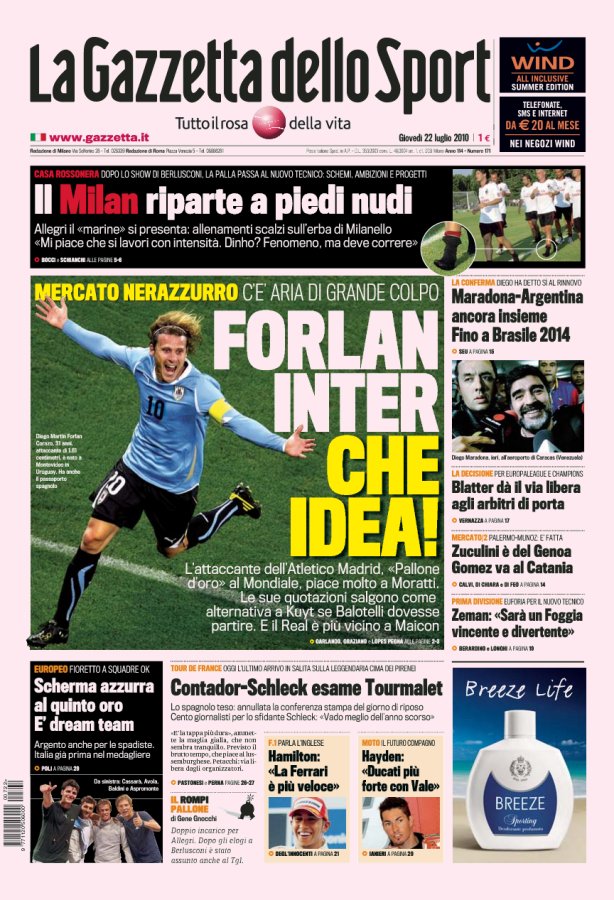 Are they Crazy? Forlan... Really?

I think the less said about this, the better.

According to Bologna, they are now proud owners of half of Krhin. Well, they have a contract but they haven't filed it yet. Or so they say. I guess that was because Benitez wanted to take him to the US, but now Krhin has injured his knee and will be out for a month so everything is a bit up in the air right now.

Well, that's about it. The team leaves for the US on Sunday. That's something to look forward to.

Hey, lookee here. They made a commemorative book for last season! I added it to my birthday wish list. You can buy yours here. 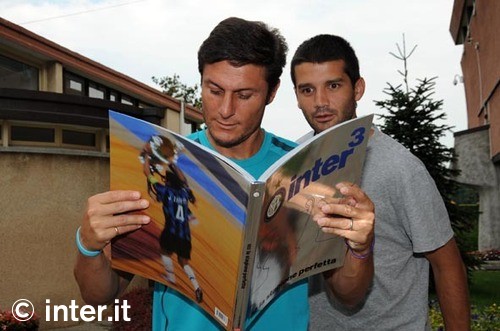