Is a Slow Mercato a Bad Thing This Season

Share All sharing options for: Is a Slow Mercato a Bad Thing This Season 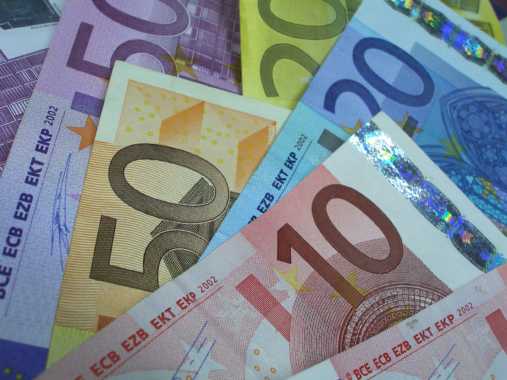 Many of us here at the Inter Offside and many more Inter supporters around the world are somewhat shocked and disappointed at the slow market that has been made by Inter this past summer. Although it's hard to find fault with the commitment of money that Moratti has made to the team since he gained control of it 15 years ago, many people like the thrill of signings and new faces almost as much as the games themselves.

Personally, I prefer the actual games to the transfer rumors but there is always a charge of anticipation when the team signs a player that you really think will work out. And there is always the worry that the opposition will catch up to, or pass your team up because of their new signings and our relative lack of roster movement.

But let’s get something straight, if there is money to spend, if we CAN find someone at this late date and improve the team (case in point), then I say spend it. I will side with improving the team, if we need to and if we can afford it, every time. But if we are in a crunch, then I can deal. I just don’t want to wake up one morning and see that the fired coach in a year is saying, “I told them I needed more players…”.

But the rules are changing, both figuratively and literally. The money that is being thrown around and demanded may finally be more than the market as a whole – and Inter in particular – can bear. These are just some things that I have been thinking about lately regarding the market doings – or not doings – mostly from news and some comments that I have been reading. 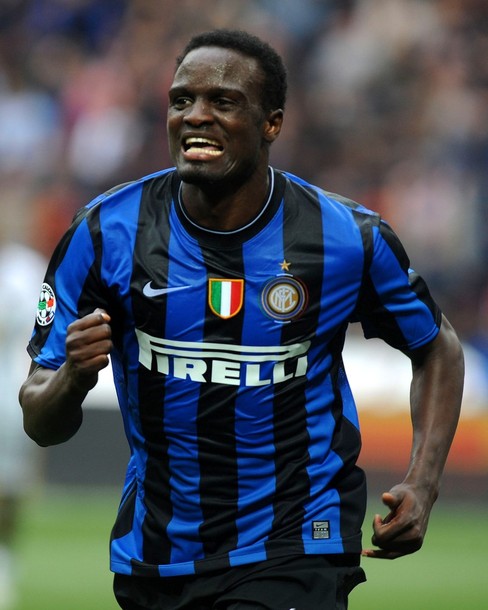 1. We already have too much dead weight. There are five players that Johonna in a previous post declared as must sell: Burdisso, Suazo, Rivas, Obi and Mancini. I agree with all these names. Burdisso, as I have already mentioned, will be dealt with after the SuperCoppa, the only question is how. Roma hasn’t endeared themselves to Inter these past 4 months or so and Moratti/Branca have decided to do the smart thing. If Roma want him quickly, then pony up. If not, then we will have to see. It may be that he leaves for free next summer or it may be that we let him go for the Roma bargain price right before the window closeswhen he is going to be forced to play catch up. Suazo we will take a bath on, I can’t see any way around this. No one will pay his wages and no one will pay a high fee for him. Rivas might have to go out on loan again, but then what? He’s marketable only to smaller clubs but you can’t get blood from a stone – none of them have any money. Mancini will require a pry bar to leave before his contract is up in 2013.

2. We just don’t need that much. Moratti thought that this team was competitive last season before we bought Sneijder. He was right, Inter was competitive then. And Inter is twice so now. To be honest we have the talent on the roster right now – barring a rash of injuries - to compete for Serie A, the Coppa and go deep into the Champions League again. Am I suggesting that we will WIN all three again? Not in the slightest. But we have a good team.

Are there positions that could use improvement? Absolutely, but then there are such on every team – even Barca. The trick is to keep them at a minimum and to try to cover them. We NEED another fullback. We could use both a better centerback reserve and another, all around midfielder.

Frankly, the left fullback position can be manned by Chivu and Santon (assuming he’s healthy) and we have reserve midfielders… they are just getting a little oldish for my liking. The lack of a serious centerback sub – I am just convinced that Cordoba and Materazzi are too far past it - worries me. 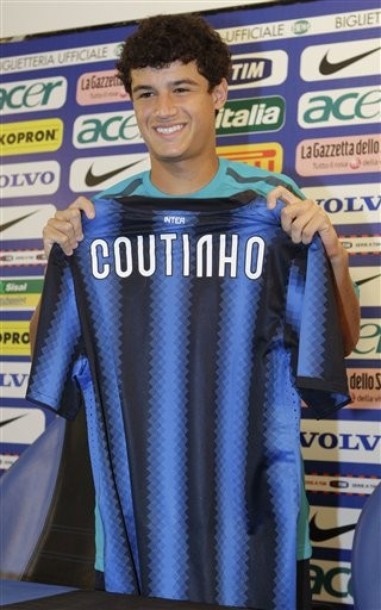 3. It wouldn’t surprise me to see a mini-overhaul next season. If Rafa proves worth bringing back in July 2011, these are the players that would have only 1 season on their contracts (if I get these wrong please let me know in the comments): Lucio, Cordoba, Chivu, Samuel, Suazo (if we don’t perform a minor miracle and get rid of him), Materazzi and Orlandoni. These players all have contracts ending in 2012. 3 of these 7 players could very well be retiring, freeing up around 7 million in wages – Materazzi, Cordoba and Orlandoni. One would think that Samuel, Lucio and Chivu would be renewed at least one more season to see the transition of the defence.

So knowing that there could be a lot of changes next season, it could be management’s position to make all those changes at once with younger guys who are cheaper. We know that Ranocchia is coming next season and he will likely earn less, at least initially, than Cordoba’s 3.5 million €.

4. With the roster not filled up with new signings we are getting a lot of looks at some of the young guys that the team has invested money on in the past. Mariga, Coutinho and Biabiany have been the highlight of the preseason for this team to me. All three of these guys are under 23 years old – Mariga is the gandpappy at 23 and Coutinho is the baby at 18. 5 years or so ago Inter completely remodeled their youth setup from the scouts to the masseurs. When Mourinho came in they did it again, only this time they included the infrastructure (like heated fields, flat screens in meeting rooms) and inclusive training. With more players in the setup and better facilities maybe that might lead to more graduated players coming up through the system to either be used on the field or sold at huge profit to competitors. Either way works for me.

5. Perhaps most important of all, is the UEFA Fair Play Act. I am not entirely sure on the numbers but these are the ones that I have. Last season, Inter entered the campaign expecting to lose something like 150+ million €. This season with modified business model Inter look to be expecting to lose @70ish million €. There is a lot of mystery in these financial reports. I am not sure if cup winnings are tied up in these budgets or not. But there is one thing that looks obvious to me, the fastest way to trim the budget is to cut players, transfer fees and salaries.

At this point, Inter have spent only 10 million € in transfers for the 3 players we brought in (Castellazzi, Mariga and Biabiany). Selling Mario for 30 million € and generally making a further 10 million € profit from the Mercato help. Removing several high salaries from under-performing players like Quaresma and Vieira (between the three of them is another 10 million € in savings from wages that hasn’t been replaced) and actually getting a small fee (too small to count IMO) from Quaresma (yay!) definitely helps morale if nothing else.

We don’t know yet if there will be another transfer in – Kuyt is sometimes rumored close sometimes far – but It’s obvious that Inter will try limiting the wage and fee hit by also offering players. And unless there are more sales, I can’t see that player transferring in. I can’t see Inter spending another 20+ in fees this summer, unless they get what they are asking for from Burdisso, manage to get rid of Suazo and – oh rapture! – agree to a settlement for Mancini’s contract like Adriano did. Without the revenue from those players I think that any attempt at an agreement between Liverpool and Inter will be protracted perhaps too long. 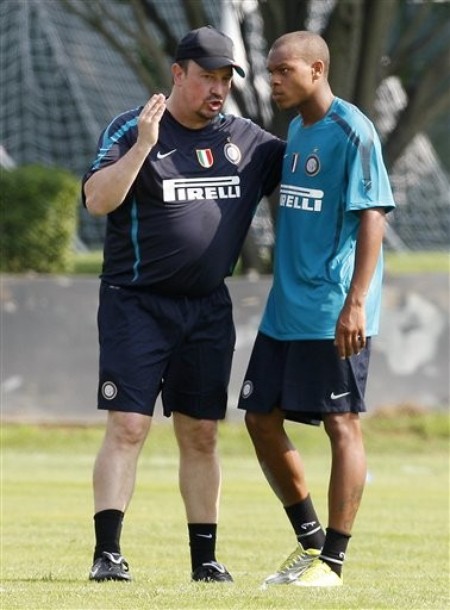 But if there is a good time to stand pat, for the club, it’s right now. There is a ton of goodwill towards the team at the moment. It would almost – I said almost, alright? – be acceptable to have a down year with no changes to the roster. What’s a down year? A down season would be only competing (Champions League place) in the Scudetto and Coppa and final 8 Champions League. That would allow upsetting but not quite moped dropping behavior from the faithful. Would that be the sack for Benitez…? I am not sure.

It seems that Zanetti and Chivu who had knocks are progressing faster than expected, which is good news. But better still, it seems that Santon is ready to rejoin the team in training again if unsubstantiated rumor can be believed.

Also unsubstantiated is that Mascherano is ready to go to Barca. How they can afford to pay his fee considering their financial imbalance is humorous to say the least. However given a choice, I would have wanted Mascherano over Kuyt. Given a better choice, I would have taken Galloppa –who is perfect for the 4231 - before he wrecked his knee and covered him in bubble wrap until the start of the season. Has anyone seen Alessandro Diamonte lately? I thought that he had promise at one time. Has he lost it all playing in England? 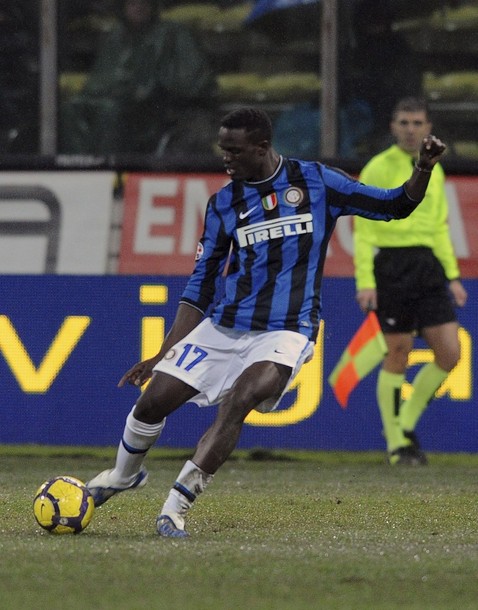 I will be very disappointed if he doesn\'t play quite a bit this season.