All Hail Il Principe: 2009/10 UEFA Best Attacker and Football Player of the Year

Share All sharing options for: All Hail Il Principe: 2009/10 UEFA Best Attacker and Football Player of the Year 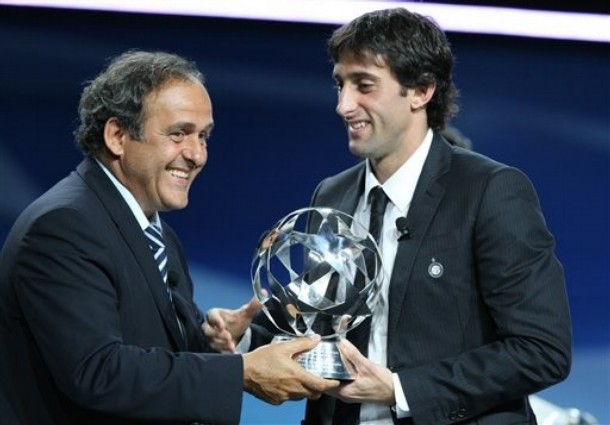 After a quick click around the Offside Mainpage (a place I thought would totally pick up on this story), I decided that Diego Milito is not really getting the recognition he deserves. I know, this is something Milito is probably used to - he is not a glory hunting sort of player by nature - but I thought he should get a little love for winning one of the top European football awards. 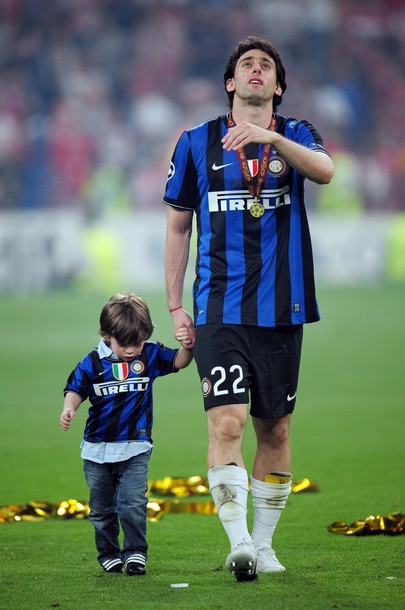 Milito is one of those players who has flown under the radar for most of his career. He has always been seen as a good, but not great player - a professional, but not a super star. Part of that is his inherent humility. He is not one to seek Nike commercials or have his name splashed around the tabloids. The other is that he is a bit of a late bloomer. While he has always performed adequately, before last year, he had only had three really good seasons: 2004/5 with Genoa (24 goals in 40 games), 2006/7 with Real Saragozza (23 goals in 37 games), and 2008/9 again with Genoa (26 goals in 32 games). And, really, who expects a footballer's breakout season to come at age 30?

Although he did well with Genoa, at Inter he had a truly magical season - one that finally showed the world the true scope of his talent. He had 30 goals in 52 games (that is a goal every other game), including the winning goals for in the Champions League final, the Coppa Italia Final, and Inter's pivotal last Serie A game against Siena - what amounted to a League Final. And all this without turning into an egomaniacal narcissist. No mean feat.

Anyway, I didn't think he would win either the best attacker award or the best footballer. He was up against some very stiff competition, especially in his countryman, Lionel Messi. But somehow the coaches for the teams that made it through to the Champions League knock out stages looked beyond the obvious flash of Messi to the quiet competence of Diego Milito and chose him for this honor. So ya, how about a little love for this year's UEFA Best Attacker and Club Football Player of the Year: Il Principe, Diego Milito.